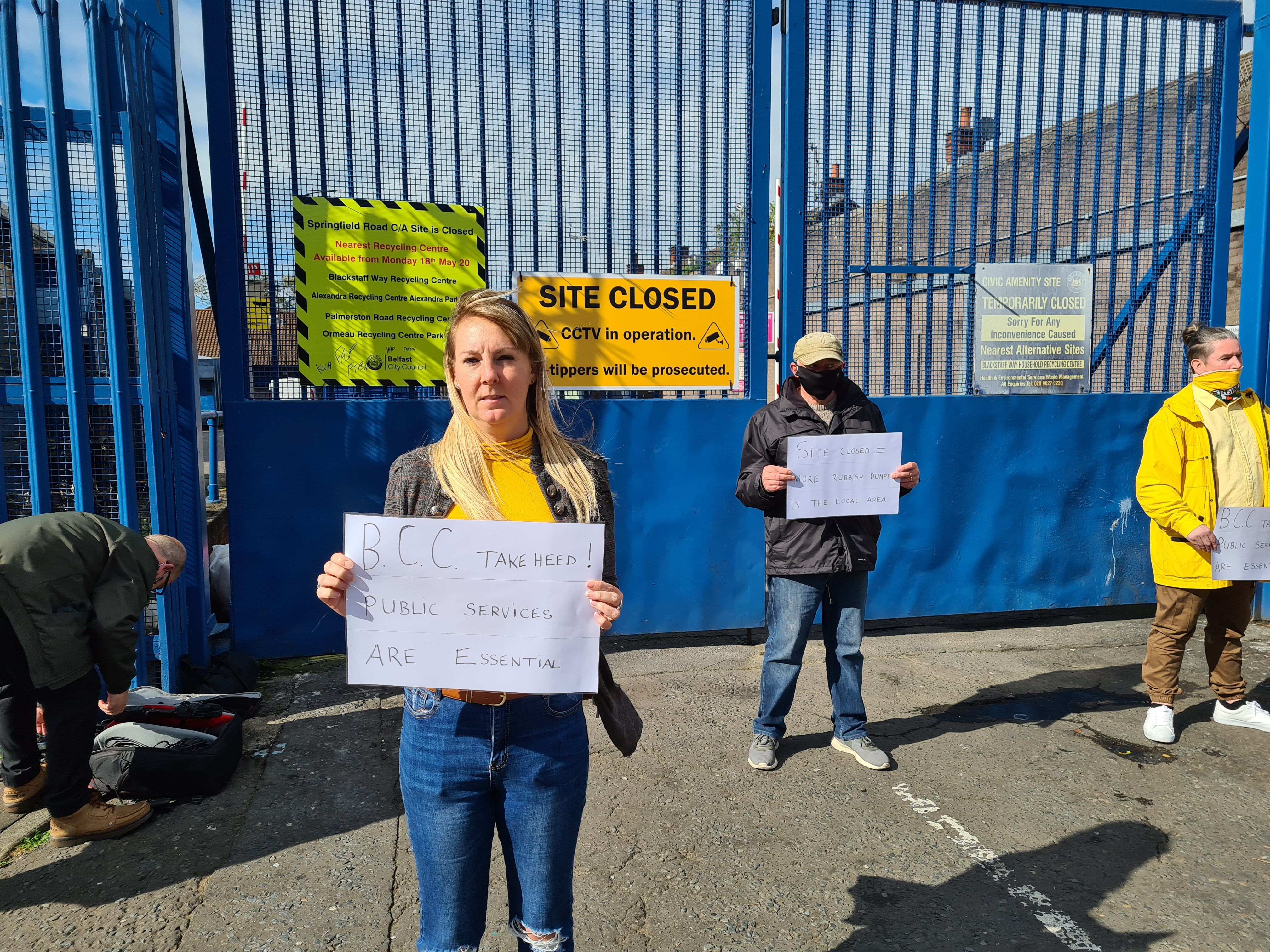 BUILD-UP: Protesters are asking for the Springfield amenity site to be reopened by the Council

RESIDENTS in the Springfield area have staged a protest outside a waste facility, which has been beset by illegal dumping since closing due to the Covid-19 pandemic.

The Springfield Road amenity site bas been temporarily closed since March, leading to increased fly-tipping and rats around the site.

On Thursday, a number of residents held a protest at the facility and have also started a petition calling on Belfast City Council to reopen the site.

“There has been a marked increase in dumping, not only outside the site, but also in the entries and alleyways,” he explained. “The nearest recycling centre is Blackstaff Way and unless you have a car you’ll never make it up there.

“These premises are very well used by the local community who walk in. With this amenity site closed it’s causing major problems in the area. As ratepayers, we are demanding that it be reopened as soon as possible.”

I joined the protest yesterday organised by Clonard Residents Assoc outside the Springfield Avenue Civic Amenity Site to demand the re-opening of the site.

I will continue to do all that I can to ensure that this much needed local amenity is reopened sooner rather than later. pic.twitter.com/Pk9YKUlXJE

Local Sinn Féin Councillor Claire Canavan - who brought forward a motion calling for the reopening of the amenity site at last Monday’s Council meeting – said: “I have raised this on numerous occasions with the Council and highlighted the effects its having on residents.
We’re starting to see the reopening of other council services, however, this remains closed.
“I’ll continue to push to see it reopened because it is a much-needed local amenity. Of course, it has to be opened with the necessary precautions in place as well.

“I should also, as I did on Monday night, commend the Council workers who have been on the ground on a day and daily basis to lift the rubbish, but unfortunately it’s getting worse.”
A spokesperson for Belfast City Council that it is advising residents to use any of “four recycling centres across the city which accept a wide range of materials including black bag waste”.

The spokesperson added that the Council cleansing team is “aware of the build of waste” at the Springfield Road civic amenity site and “have been removing this”.

“Any changes to the reopening of the site, we will keep residents informed through our website and social media channels.”