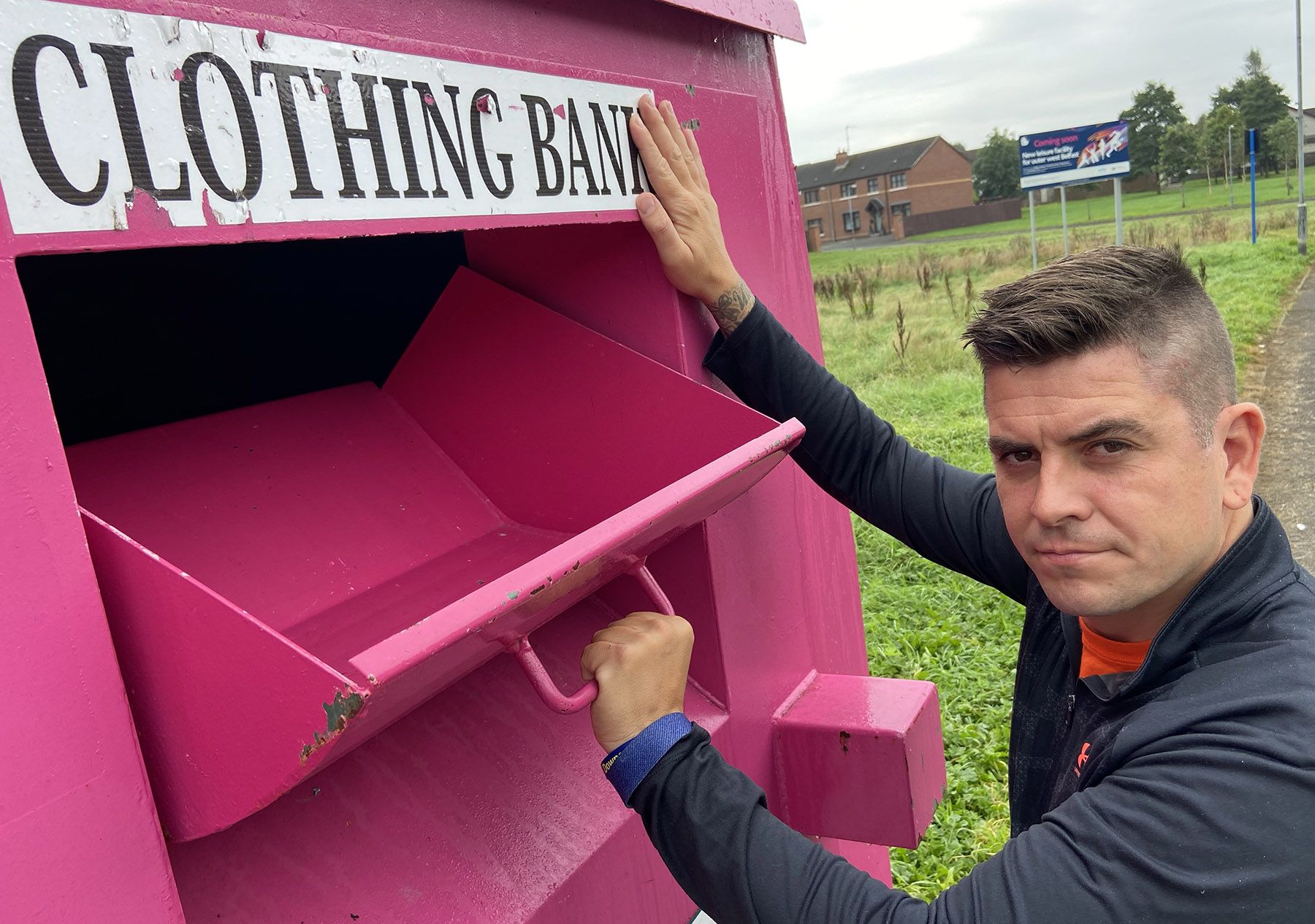 FLY TIPPING: The bins have led to an increase in fly tipping in the area, says Cllr Danny Baker

Clothing recycling bins which have become a magnet for fly-tippers in the Colin area have been removed – with another set to go too.

Two  bins in Lagmore Avenue have already been taken away with another bin at the site of the former Brook Activity Centre to be removed by the end of this week.

Welcoming the move, local Sinn Féin Councillor Danny Baker said that he hopes to see a more joined-up approach between the bin operators and Belfast City Council so that they are placed in areas that aren't as attractive to fly-tippers.

“Across the city we are seeing serious issues with clothing banks being dropped on communities, whether that is at the end of streets or in car parks which are becoming hot spots for fly tipping.

“This is becoming a massive issue for the communities and homes living close to them as fly tipping brings rats and all of the problems associated with that.

“For example, the bins in Lagmore took a lot of work to get removed and it wasn’t an easy process. When people were fly tipping or it wasn’t being emptied quickly enough, items were being kicked across the road and in more recent times a fire at the bins could have easily spread to people's back gardens.”

Cllr Baker added that this is not an issue that is unique to the Colin area and is something being seen by representatives from across all political parties across the city.

“Going forward, the people who install these bins need to be more responsible," he said. "They should be looking at locations which are safe and we need to see more joined-up thinking by working with the Council to have them installed in areas such as recycling centres or the Brook Leisure Centre car park where we are less likely to see fly tipping.

“You can’t just drop these into communities and not take responsibility for their upkeep. When we lost access to the recycling centre at the Cutts we saw an increase in fly-tipping across the Colin area and I was having to get the clothing bins in Lagmore cleaned up on an almost daily basis. This put an additional pressure on Council staff who were already stretched due to Covid.

“I think having these bins removed will be the first step in seeing better maintenance of them. I want to see more people recycling and donating to charity but that needs to be done properly and responsibly.”

Clothing and textiles can still be recycled at the Belfast City Council facilities at Blackstaff Way and Springfield Avenue.