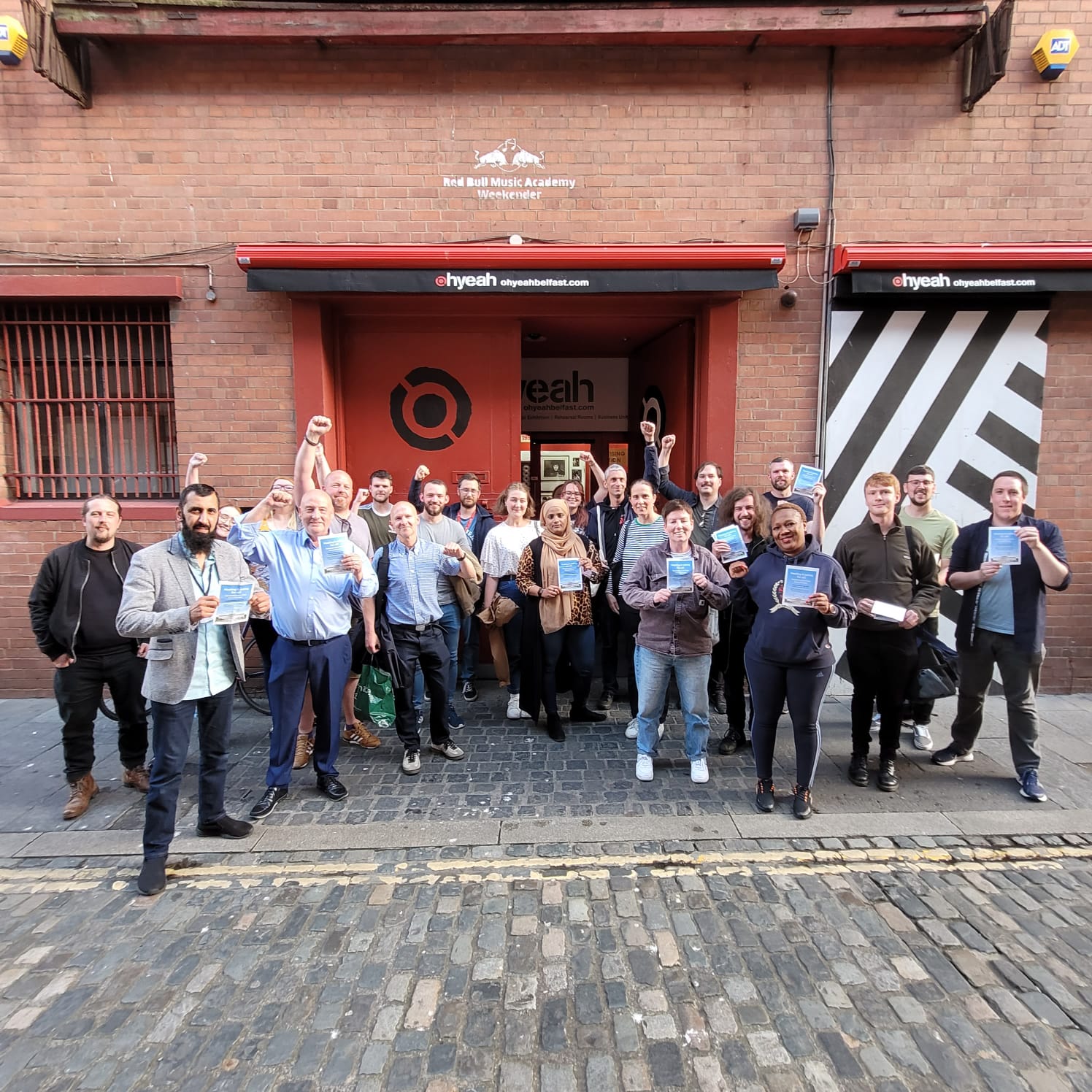 MEETING: Community activists, trade unionists and politicians met at the Oh Yeah Centre on Thursday where the Cost-Of-Living Coalition was formed

A BELFAST campaign group has been formed to demand action on the cost-of-living crisis.

Community, trade union and political activists met at the Oh Yeah Music Centre on Thursday to discuss the devastating impact of the crisis on working class people.

The meeting saw the formation of the Cost-of-Living Coalition Belfast, which has called for politicians and employers to act in the face of growing price hikes.

Campaigners will mobilise for a protest organised by Unite the Union at Belfast City Hall next Saturday.

A spokesperson for the Cost-of-Living Coalition Belfast said it will launch a “sustained campaign” as people choose between “heating and eating”.

“The sad reality of the current crisis is that many people are facing tough decisions about whether to put food on the table or energy in the meter,” they stated.

“The crisis has only exacerbated the hardships faced by our communities due to years of austerity, welfare reform and stagnant wages.

“Piecemeal measures from politicians have done little to alleviate the current crisis. They have refused to challenge companies that are profiting from people’s misery.

“There is a raft of measures that could help deal with the cost-of-living crisis, least of all a windfall tax on exorbitant profits, regulation of energy providers, and better wages for workers. The only thing that is missing is the political will.”

The Cost-of-Living Coalition Belfast praised workers who have taken industrial action in a bid to secure better pay.

“Private sector employers received huge bailouts at taxpayers’ expense during the pandemic, but they are now offering real terms pay cuts for workers,” a spokesperson added.

“Workers in the public sector have been consistently failed by government politicians who have refused to pay them their worth.

“We commend those who have taken industrial action and recognise that the trade union movement has a huge role to play in tackling the cost-of-living crisis. Workers must be to the fore in the fightback.

“Our campaign is a broad and open initiative that brings together people from all backgrounds in Belfast who have been negatively impacted by the cost-of-living crisis and those who are worried about the future months and years.

"We are seeing the same actions and coming together of people in other towns and cities which is welcome and necessary. We need people power movements if we are to see an end to this crisis. Politicians and employers have run roughshod over our communities for too long.”