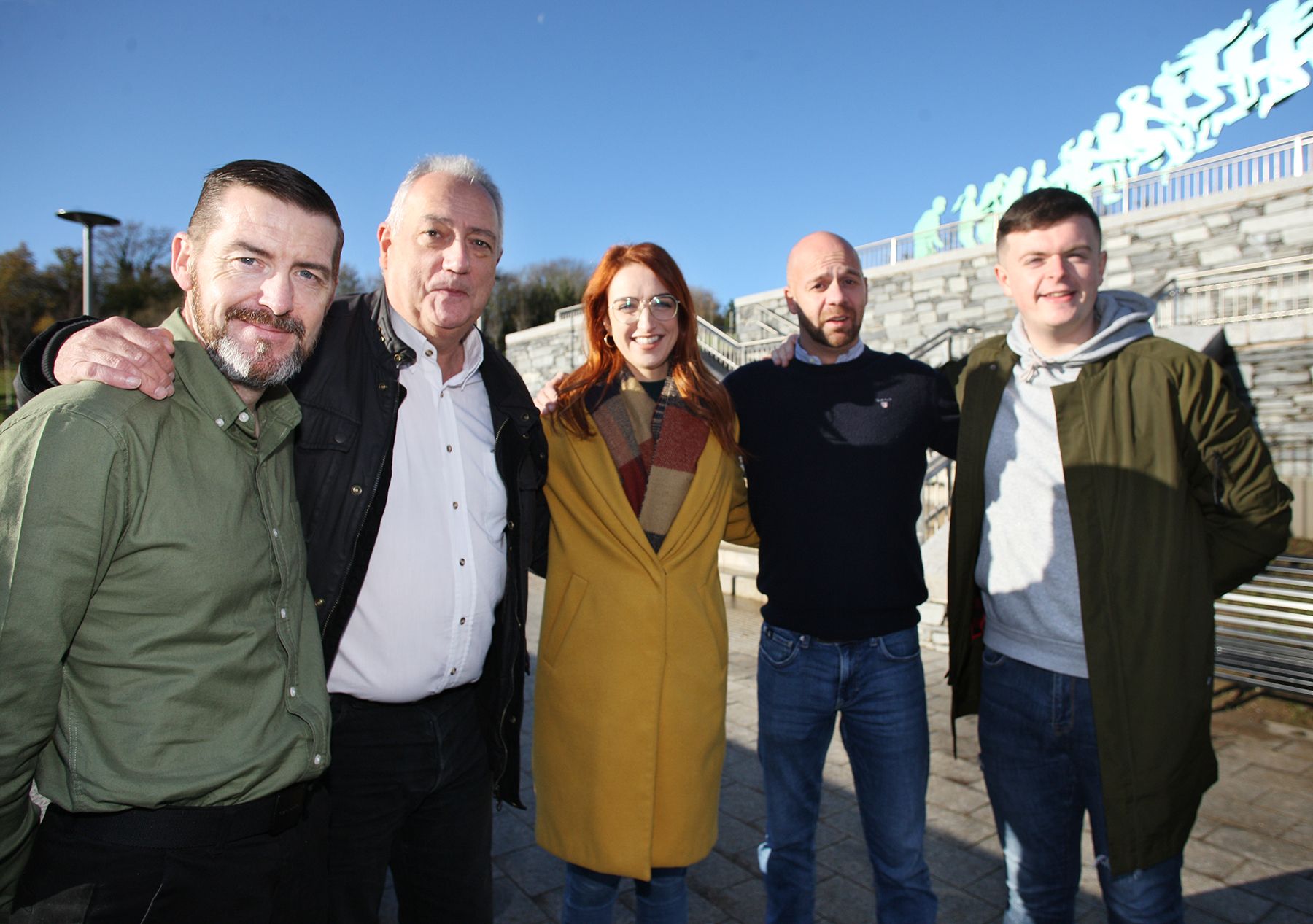 SELECTED: Sinn Féin have selected Matt Garret, Seánna Walsh, Clíodhna Nic Bhranair, Joe Duffy and Caoimhín McCann as their candidates in Colin for the upcoming council elections in May.

SINN Féin have selected five candidates to contest the upcoming council elections in the Colin area for Belfast City Council.

At a packed selection convention in the area, party members selected the four sitting councillors Seánna Walsh, Caoimhín McCann, Matt Garrett and Joe Duffy to stand again for the election which will be held in May 2023. Joining them as Sinn Féin’s fifth candidate in the Colin area will be Clíodhna Nic Bhranair.

Speaking after the selection convention, Clíodhna Nic Bhranair said: “We are very proud and extremely honoured to have been selected by party members to contest the next council election in the Colin area, subject to approval by the Ard Chomhairle.

“We have a strong party organisation in the Colin area, with four councillors and local MLA Danny Baker bringing a great blend of youth and experience.

“This Sinn Féin council team has delivered for this area, and we will be going to the people with that record of delivery and working to deliver five seats for Sinn Féin in the Colin area.

“We have worked hard on the ground, in conjunction with our fantastic community leaders, and we are proud to be part of a team that strives to increase investment, create more jobs and make the Colin area an even better place to live.

Clíodhna added that Sinn Féin wants to build a better future for the people of the Colin area and for people in all communities right across Belfast, and that the party will work constructively and positively with other parties in Belfast City Council to achieve that.

“Our First Minister Designate Michelle O’Neill has also been working very hard, as we face into a tough winter to get an Executive formed and work together with the other parties to deal with the cost of living crisis, work to fix the health system, build homes and create good quality jobs," she continued.

“Sinn Féin will continue to deliver and stand up for the citizens of the Colin area.”

Clíodhna Nic Bhranair is a community, cultural and political activist, born and raised in West Belfast who is currently employed by Fáilte Feirste Thiar. She is responsible for business development at the award-winning Áras Uí Chonghaile – The James Connolly Visitor Centre, creating jobs and bringing tourists into West Belfast.

She is also a member of the board of Ireland’s largest community festival Féile an Phobail which brings huge social and economic benefits to the west of the city.