Comic Alan moves behind the scenes for his directorial debut 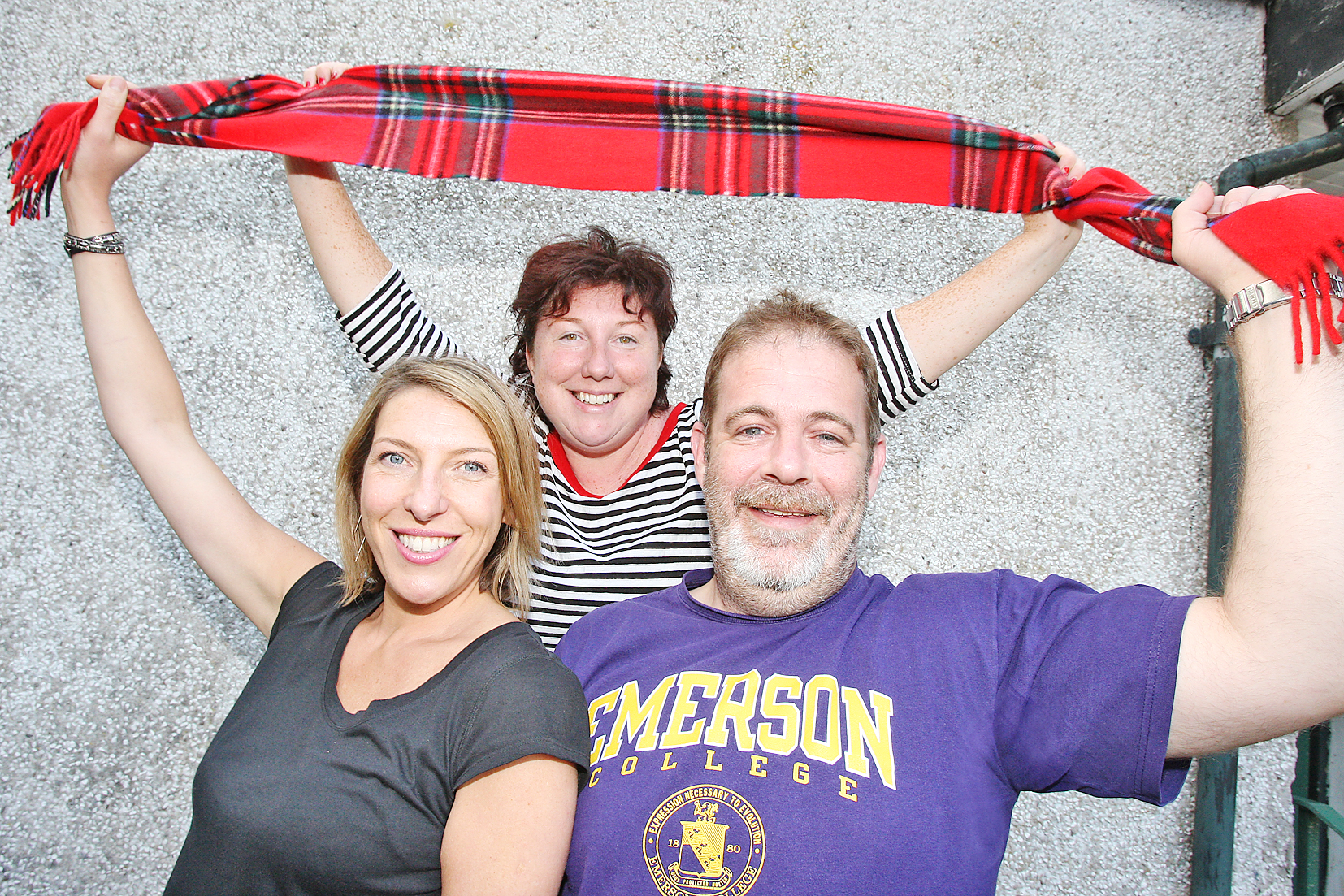 ALAN McKee – one half of comedy duo Grimes and McKee – is preparing to make his directorial debut with Donna O’Connor’s latest work, Handbag Positive.

The play, set in an A&E waiting room, tells the story of Attracta and Nora, two childhood friends now caring for their elderly mothers who haven’t seen each other for the past 30 years. Reminiscing about their past to a Bay City Rollers soundtrack, the women realise just how carefree life was as they face the realisation that they have become the carer, the parent.

Before heading off to Ballycastle to perform their latest two-hander, St Mungo’s Luganulk, set in and around the GAA fraternity, Alan told Daily Belfast with a laugh that producer Joe Rea choose him “because I’m easily paid and available.”

“We have a great cast with Ally Ford (Dympna from Give My Head Peace) and Christina Nelson in the roles of Attracta and Nora. This is our first week of rehearsals and there is a lot of role playing for the two actresses to do. They go from playing mothers, to their teenage selves to nuns at their school – they are well able for it. The play has a really nice shape to it as we get under way with rehearsals.

“The play shifts from these two women sitting in A&E waiting to hear news of their ill mothers back to the 1970s when the place was nuts but all these two girls wanted to do was watch Top of the Pops, see who was Number One, just basically normal teenager stuff. Kids will still be kids at the end of the day.”

The production is set to the back catalogue of teen idol favourites the Bay City Rollers and Alan said that there might be just the odd item of tartan clothing on display when the play opens on October 16.

“The best thing about being a director is I get to be in the rehearsal room but I don’t have to learn any lines. But I have to make the decisions, if there is a question I have to answer it,” he said. “When directing I get to micro-manage things but at the same time look at the bigger picture.

“Handbag Positive is a good night out, a proper night out. It’s very Belfast humour. Donna O’Connor has a great ear for what people say and how they say it. The play can be very black humour at times but there is a lot of sleggin’ in it too. You’ll find yourself laughing but at times you might have a tear in your eye.”

Handbag Positive runs at the Waterfront Hall from October 16 to 30. For ticket information visit www.waterfront.co.uk