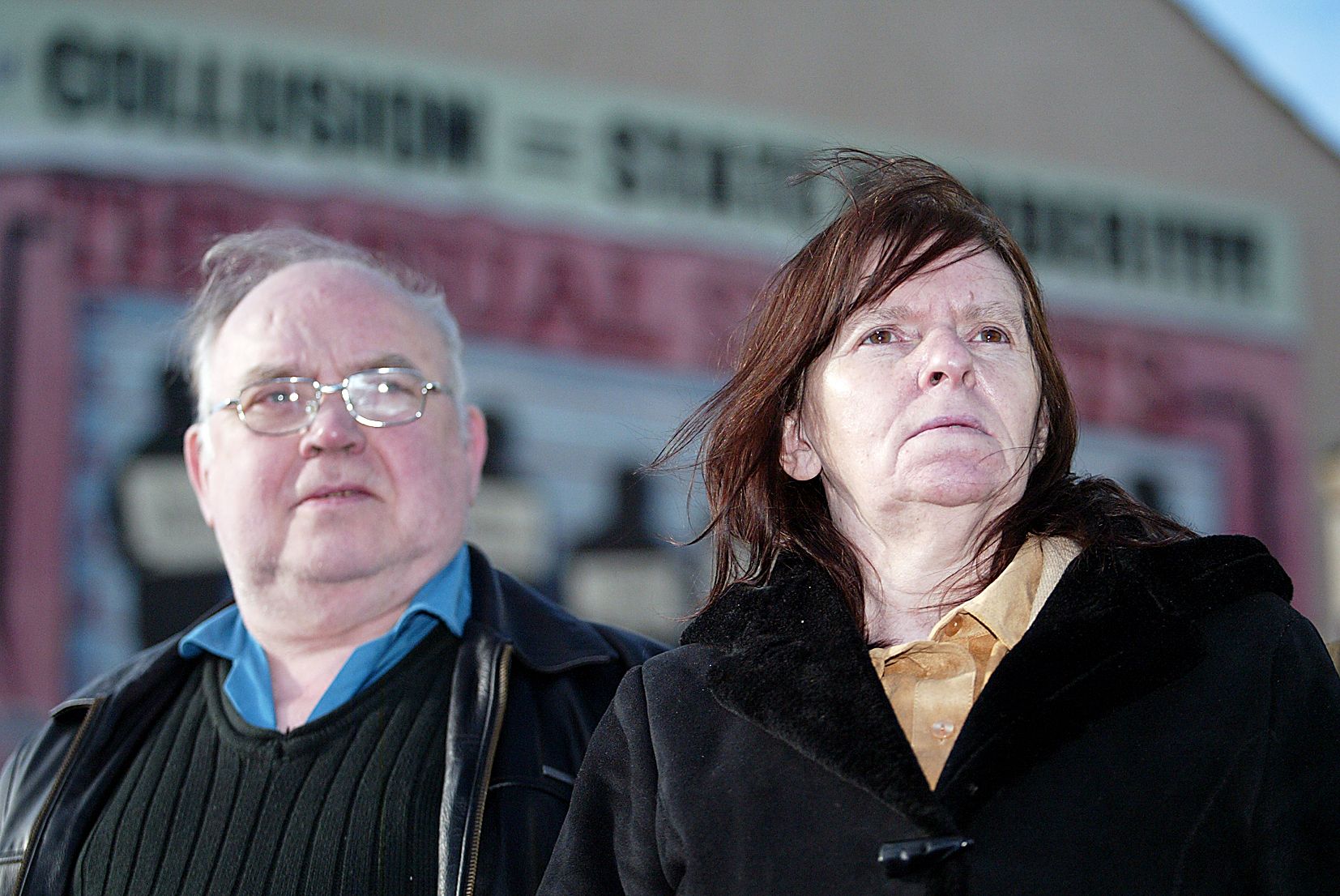 LANDMARK VICTORY: Hugh and Theresa Jordan, whose son Pearse was shot by the RUC in 1992

IN 2001 I had the privilege of standing in the Relatives for Justice office as families received word of the legal ground shifting in Europe.

The late Hugh Jordan, with his wife Theresa, came in. Parents of Pearse, killed by the RUC on the Falls Road, Theresa looked at me and asked “Did we win?” and I couldn’t speak. Yes, yes, she had won. They, with families from Tyrone, Lurgan and Castlederg had put the legal system for victims of state violence and collusion on trial and Europe agreed – Britain was systemically failing them under Article 2 of the European Convention on Human Rights. They  had set up the system to fail these families.

While the sharp end of Article 2 is about victims of state actions, it operates to serve all victims, no matter where they come from or who killed their loved ones. Look at the inquest of the victims of shoot to kill. It has not been heard yet, but the coroner, because of disclosure he has already received, has reopened the inquest of three RUC officers killed by the IRA in Kinnego. When justice is blind it serves all.

That is precisely why the British Government is acting with menace against victims this week. Their determination to deny victims a participative, rights-compliant investigation is an attempt to revert to their good old bad days. The days when families turned up to inquests, without legal representation, to hear the state ask for public interest immunity certificates, to not hear those responsible compelled, to hear regurgitated lies proposed as official accounts, to come away feeling like they had been whitewashed with state impunity.

Make no mistake this new process to “deal with the past” is state impunity whitewash, with the insult and spin of being “in victims’ interests”.

Of course, Stormont House was imperfect – it left victims in the south and those with serious injuries out in the cold, for God’s sake. But this is worse. Serving no-one is worse. Pretending that the worries about Stormont House were unfixable with goodwill and a victim-centred approach serves the intentions of those abusing those failings to introduce this slap in the face to victims.

Appointed commissioners have never delivered to victims and survivors. None of them. The proposed investigations lack police powers or mandates, their purpose is to provide paper-based reports – families are sick to the back teeth of impunity-framed paper reviews instead of truth and justice. Reconciliation will never be built through the denial of basic human rights and the abuse of memory and truth.

Families have been left behind in this peace process. There were given cursory acknowledgement in the Good Friday Agreement. They have since been cast as the uncomfortable visitors. This legislation perpetuates that treatment. It cannot stand.