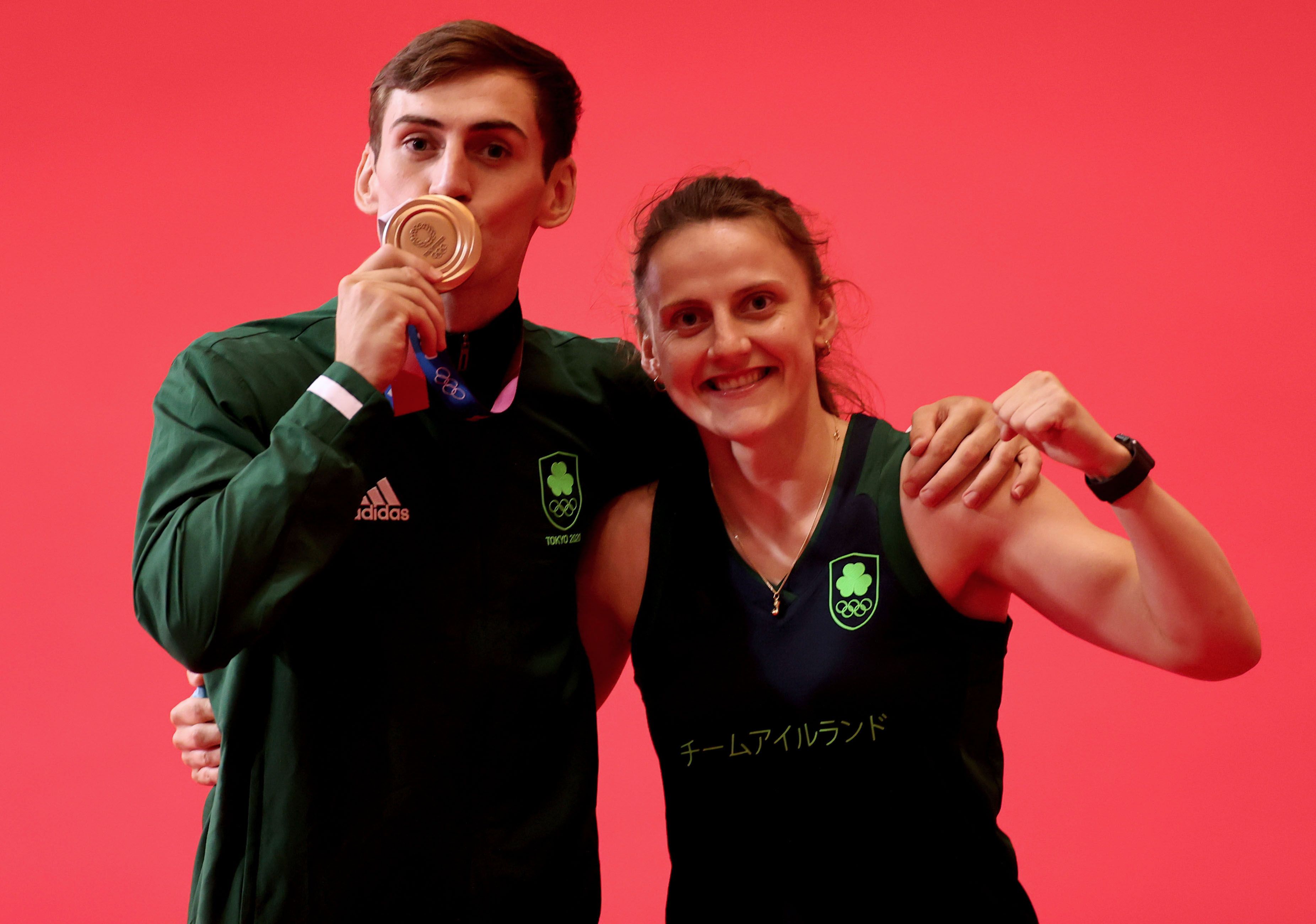 SEVEN boxers from Team NI will bid to upgrade their bronze medals at the Commonwealth Games on what should be a super Saturday after four wins from five on Thursday.

With Carly McNaul, Eireann Nugent and Jude Gallagher triumphant on Wednesday, five further boxers were in action with four advancing to their respective last four bouts.

First up was Dylan Eagleson and the St Paul's ABC bantamweight was in sizzling form as he was simply too good for Mozambique’s Armando Sigauque to set-up a semi-final against Scotland's Matthew McHale.

The European silver medalist was out of sight after two rounds, boxing with confidence to leave Sigauque chasing shadows and coasted home in the last to guarantee at least bronze.

Michaela Walsh was up next and the Emerald featherweight created history by becoming NI's most successful boxer at the Games with a third medal guaranteed after a comprehensive win over Botswana's Mozambique’s Armando Sigauque, winning every round and booking a semi-final with South Africa's Phiwokuhle Sbusisiwe Mnguni.

Younger brother Aidan was next in the ring and the Olympic bronze medalist will return home from Birmingham with at least that same colour after he edged out England's Harris Akbar in an absorbing 71kg quarter-final.

54kg Dylan Eagleson has won his Birmingham 2022 quarter final against Mozambique by UD.

He is guaranteed at least a 🥉and boxes his semi final on Saturday at 3pm, against Scotland.

This is Team NI's fourth medal of the CWG. pic.twitter.com/nojBsL7tUM

Walsh played matador to the aggressive European champion, picking the better shots to edge the opening round and while he boxed off the back foot that didn't seem to impress two of the judges, his work in the second was so much cleaner, holding his feet at times to send scoring shots through Akbar's guard.

It wasn't all plain sailing as a clash of heads opened a cut, but with a commanding lead on three of the cards, Walsh was able to control the pace as he lured Akbar in and made him may in the final frame, not allowing the Englishman to gain any momentum that he needed to turn the fight his way as he set-up a semi-final with Garan Croft from Wales.

It wasn't to be for Clepson Dos Santos Paiva in the flyweight quarter-final on Thursday evening as he was stopped in the final round against Jake Dodd of Wales.

The Holy Trinity teen couldn't have gotten off to a better start, forcing an early standing count and appeared to be landing at will, but that count sparked Dodd to life who roared back into the contest and targeted the body that was making a dent and ensured the Banbridge native only got the nod on three of the cards.

Dodd continued to press in the second in what was a thrilling battle but appeared to receive a huge setback when docked a point for continued slapping with the inside of the glove.

This was evened out with Dos Santos-Paiva then suffering a similar fate when punished for continued ducking the head low as Dodd continued to pour on and managed to leave it all to play for in the final round with one card even and two judges apiece seeing it either way.

However, the cards weren't needed as Dodd forced three standing counts in the final round as Dos Santos tired in the incredibly high pace, but he will take much from his experience and showed plenty of promise for the future.

The day finished on a winning note with 63kg world champion Amy Broadhurst - fighting in the lightweight division in Birmingham - proved her class with a stoppage win over Zambia's Felistus Nkandu.

Broadhurst warmed into the bout with an excellent first round and upped the pace in the second to pull well clear before forcing two counts in the final frame that prompted the referee to wave the fight off, guaranteeing a seventh medal for the boxing team with all now bidding to upgrade the colour on Saturday.