Conradh na Gaeilge walk out of meeting with British government 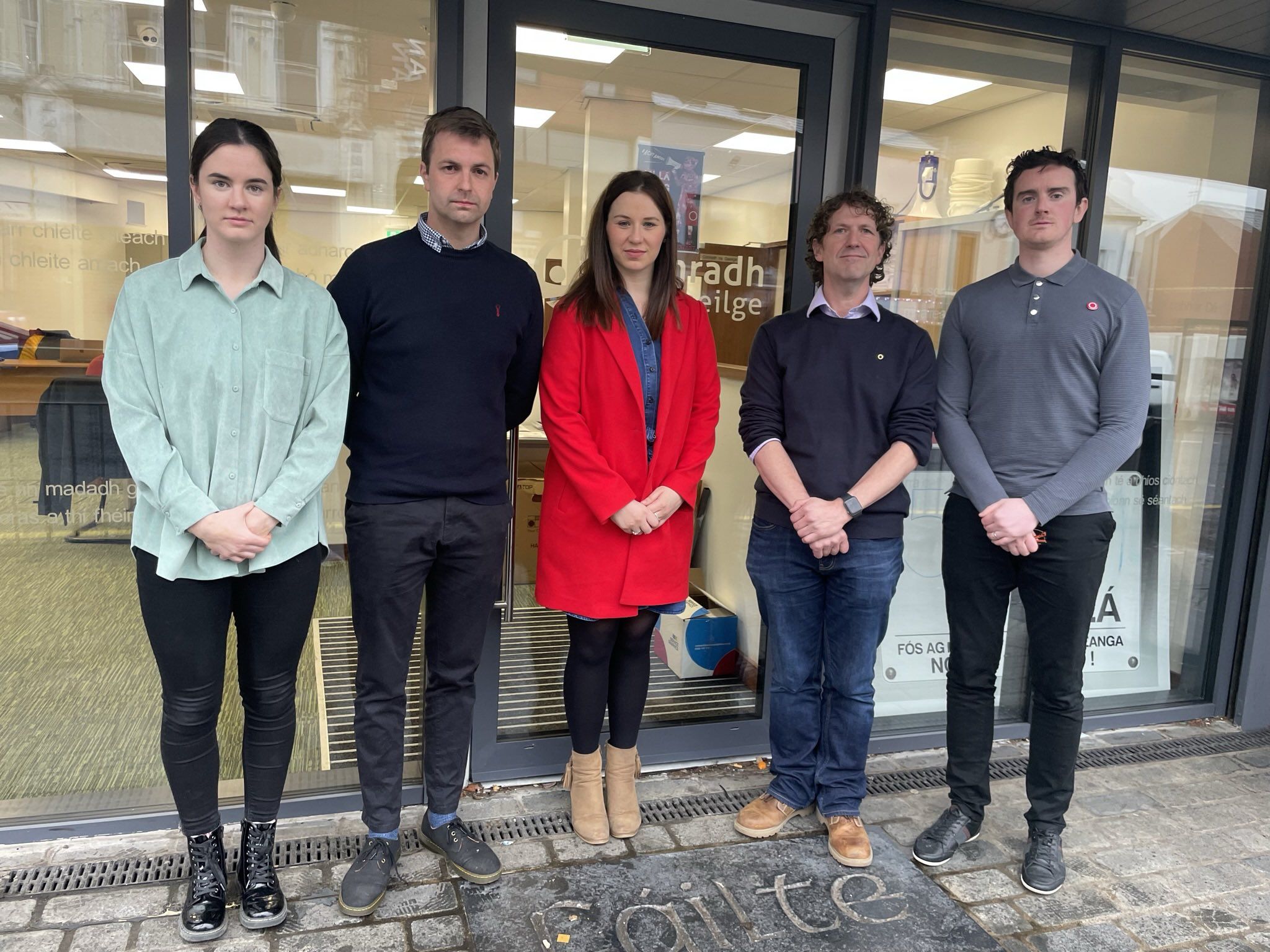 ENOUGH: The Conradh na Gaeilge delegation who took part in the meeting

A DELEGATION from Conradh na Gaeilge have dramatically walked out of a meeting with Minister of State Conor Burns MP after the Minister refused to give a specific parliamentary date for Westminster to introduce Irish Language legislation.

Members of the Conradh na Gaeilge delegation who took part in the meeting, which took place eight months after first promised, said they had “no choice but to bring the meeting to an end” after Mr Burns refused to provide a date when Westminster would introduce Irish language legislation which was promised in the January 2020 New Decade New Approach agreement. Secretary of State Brandon Lewis had agreed to bring forward the legislation by October 2021.

“We specifically requested a date in the parliamentary timetable at Westminster and unfortunately the Minister refused to provide that. We had no choice at that stage but to bring the meeting to a close.

“This British Government has had from June 2021 to prepare legislation that was published and pre-agreed in January 2020. The only delay is a political delay. We made it very clear to Minister Burns that the next time we meet it must be on the basis of the full implementation of language rights, not the denial of rights.”

Conchúr Ó Muadaigh, Advocacy Manager with Conradh na Gaeilge, added: “Our message today was very clear. After reneging so spectacularly on their Westminster commitments, we have zero confidence in the British Government on language rights.

“This is a Government that has circumvented outstanding legislation and public commitments for almost a year. We believe they have been deceitful in their attempts to delay this legislation.

“Following Conor Burns’ refusal to announce a parliamentary date for the introduction of language rights at today’s meeting we told the Minister that there was no point in going any further until we have an official date for the Irish Language Act. This has been an outstanding issue since 2006.

“Over the last six months we have engaged consistently with NIO officials on this issue. There remains no credible excuse for the denial of language rights here other than that it suits the political priorities of the British Government.

“Brandon Lewis and Conor Burns have now ensured the Irish language Act has reemerged in the upcoming election and as an outstanding issue in the following negotiations. If we are sincere about creating a society where language rights and speakers are valued and protected, then this is an issue that will need to be resolved immediately.”