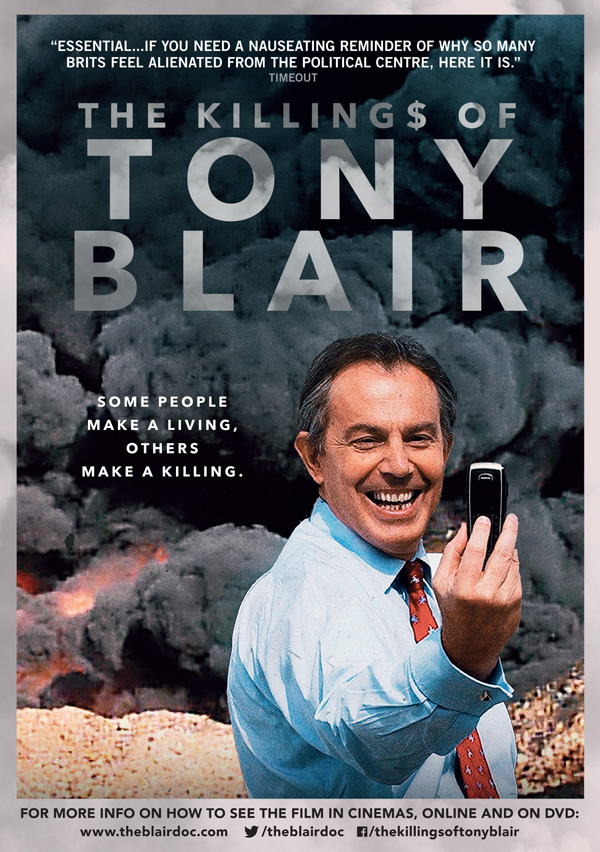 THE controversial and acclaimed documentary THE KILLING$ OF TONY BLAIR is to be shown in Belfast later this month.

This feature-length documentary, co-written and presented by George Galloway, examines the prime-ministerial career of Tony Blair and his business activities since leaving office – a role that Galloway describes as ‘The Blair Rich Project’. The documentary will be shown at St Mary’s University College on the Falls Road, followed by a Q&A session with George Galloway.

The documentary is also being shown as part of the Respect Belfast Human Rights Film Festival between the 3rd and 8th of March, 2017.

The festival will screen a range of films/documentaries that promote a wider understanding of Human Rights subjects, such as immigration, asylum issues, women’s rights, war & conflict, as well as mental health issues amongst others.

West Belfast film-maker and Festival Coordinator Seán Murray said: “We are delighted that this will be part of the Human Rights Film Festival, we are over the moon to have over 100 films submitted for consideration from over 37 countries, it just shows you the power of film.”

Galloway’s lively and in-depth narrative weaves together the story of Tony Blair’s political career, his premiership, Britain’s decision to join the USA in the invasion of Iraq and his subsequent role as globe-trotting peace envoy with acerbic commentary and personal insights from an impressive range of highly-informed contributors.

To purchase tickets for THE KILLING$ OF TONY BLAIR on Monday November 28 go to: https://www.eventbrite.co.uk/e/the-killing-of-tony-blair-followed-by-qa-with-george-galloway-tickets-29331823273