Cops accused of hypocrisy over pallets 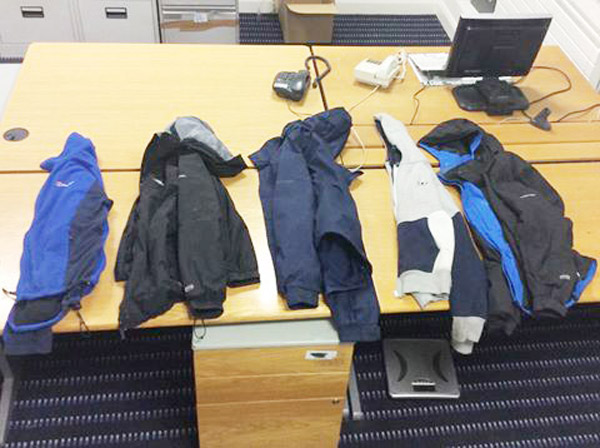 THE PSNI in Newtownabbey have been accused of hypocrisy after they stopped nationalist youths stealing pallets and described the culprits as “firebugs”.

In a Facebook post, police described as “firebugs” a number of youths they prevented from taking pallets after receiving a call from a Longlands resident who had spotted the youngsters inside the gates of a local business.

But the total failure of the police to act against bonfire builders in the lead-up to the Eleventh Night has drawn criticism. The post attracted hundreds of comments and shares on the social media site with the majority of people pointing out the disparity in the police’s attitude to bonfires.

“A number of young scallywags were seen attempting to steal pallets from a local business on the night of Thursday, July 14,” said the statement on the PSNI Newtownabbey Face-book page.

“We managed to catch up with at least one of the young boys and he will be dealt with accordingly.

“Although pallets are seen by some as just bits of wood, they are quite costly to businesses to replace and it’s usually a local person owns that business.

“A number of the ‘firebugs’ did, however, get away. They’ll be feeling the cold tonight as they left behind the coats their mammy bought them for Christmas. One of them even left behind an expensive smart phone.

“If anyone would like to come forward and claim their belongings we would be very very very keen to speak with you (before we go through your phone).”

The hashtags #keeping palletssafe and #taking selfieswithyourphone followed the statement from PSNI Newtownabbey.

The Facebook post was accompanied by an image of the pallets seized by the police before the same statement was posted again with an image of the jackets left behind at the scene.

One user fumed: “The Catholic kids are ‘firebugs’ yet Protestant kids stole and burnt thousand of pallets over the 12th and they were paid a grant to do so. But that’s none of my business!”

Another user said: “I believe that the PSNI has just made a very biased statement. So the youths from the Longlands Estate are ‘firebugs’ for taking pallets and you would like to talk to them. How many youths from loyalist areas have you interviewed in regard to the hundreds of pallets they have burned on their bonfires? I think this post should be reported to the Police Ombudsman.”

“Firstly, we would like to apologise for the language we used – it was never our intention to cause offence.

“We were responding to a report of theft and took the opportunity to use the power of social media to help us identify the owners of the property left behind.

“We are here to keep everyone safe and when crimes are reported to us we will investigate, however there is learning for us here too and we aim to do better next time. We appreciate those who follow us on Facebook and Twitter and constructive criticism is always welcome.”