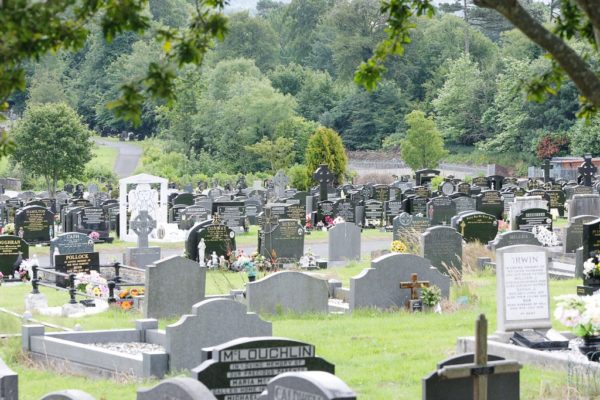 ANGER: Belfast City Council informed a West Belfast family this week that another person was interred in their burial plot

BELFAST City Council has had to apologise to a recently bereaved family after falsely informing them that a stranger was buried in their loved one’s grave.
Last week, Council officials told the West Belfast family they could not bury their relative alongside her mother as there was an additional person interred in the burial plot.
A grieving family member spoke of her family’s trauma when, as they prepared for her sister-in-law’s funeral last week, Belfast City Council insisted that another woman had been buried in the grave since 1933.
“My brother was insistent that this was a new plot, only opened in 1993 when his mother-in-law died but the ‘spokesperson’ in City Hall was also insistent that they were right and their records are never wrong,” she explained.
“After nearly an hour of stress and annoyance my brother had a brainwave that the new plot his mother-in-law was in didn’t exist in 1933.
“The graves at the new plots at the very top of City Cemetery didn’t date back that far.”
Following an investigation it was revealed that Belfast City Council had mistaken the family grave for another after mixing up the plots.
“My poor, grieving brother who had lost his wife just hours before was left totally wrung out and traumatised – I was the same,” the bereaved woman said.
“No apology from City Hall whatsoever just a bit of a ‘d’oh’ moment and ‘oh human error’ – not good enough!
“Whoever is inputting these statistics and grave co-ordinates needs to be checked and rechecked to make sure this type of incident doesn’t happen again.
“City Hall need to remember they are dealing with bereaved people and desperately need to show a bit more compassion when dealing with these types of things.”
The woman accused Belfast City Council of passing “the buck on to the ordinary, bereaved families”.
“The administrative side of Belfast City Hall reeks of laziness, incompetency and pure lack of compassion and I expect some sort of reply”.
This is the second time Belfast City Council has had to apologise to a bereaved family in as many weeks.
Last week, the Andersonstown News reported how council officials apologised after sending a letter to a deceased woman asking her to repair her own headstone.
Commenting on its latest blunder, a Belfast City Council spokeswoman said: “We are sincerely sorry for any distress caused to the family. When the family approached us, they didn’t have a grave number but informed us the grave was in City Cemetery. When we checked our records, three people had been buried in the grave at City Cemetery.
“It later transpired that the correct grave which belonged to the family of the deceased was actually in Glenalina Cemetery, which is adjoining. We appreciate the immense pressure on families when arranging the burial of a loved one and apologise for any upset that was caused by Council during this difficult process.”
Responding to the council’s apology, a family member insisted that council officials had earlier admitted entering the wrong coordinates for the plot, incorrectly entering the letter ‘j’ instead of ‘i’.
“We totally expected Belfast City Council to turn the blame back on us,” she said.
“My brother told the council that the correct grave was in the top part of the City Cemetery, officially called Glenalina, but they obviously didn’t listen.
“The council should just admit that whoever keyed in the plot number got it wrong.”