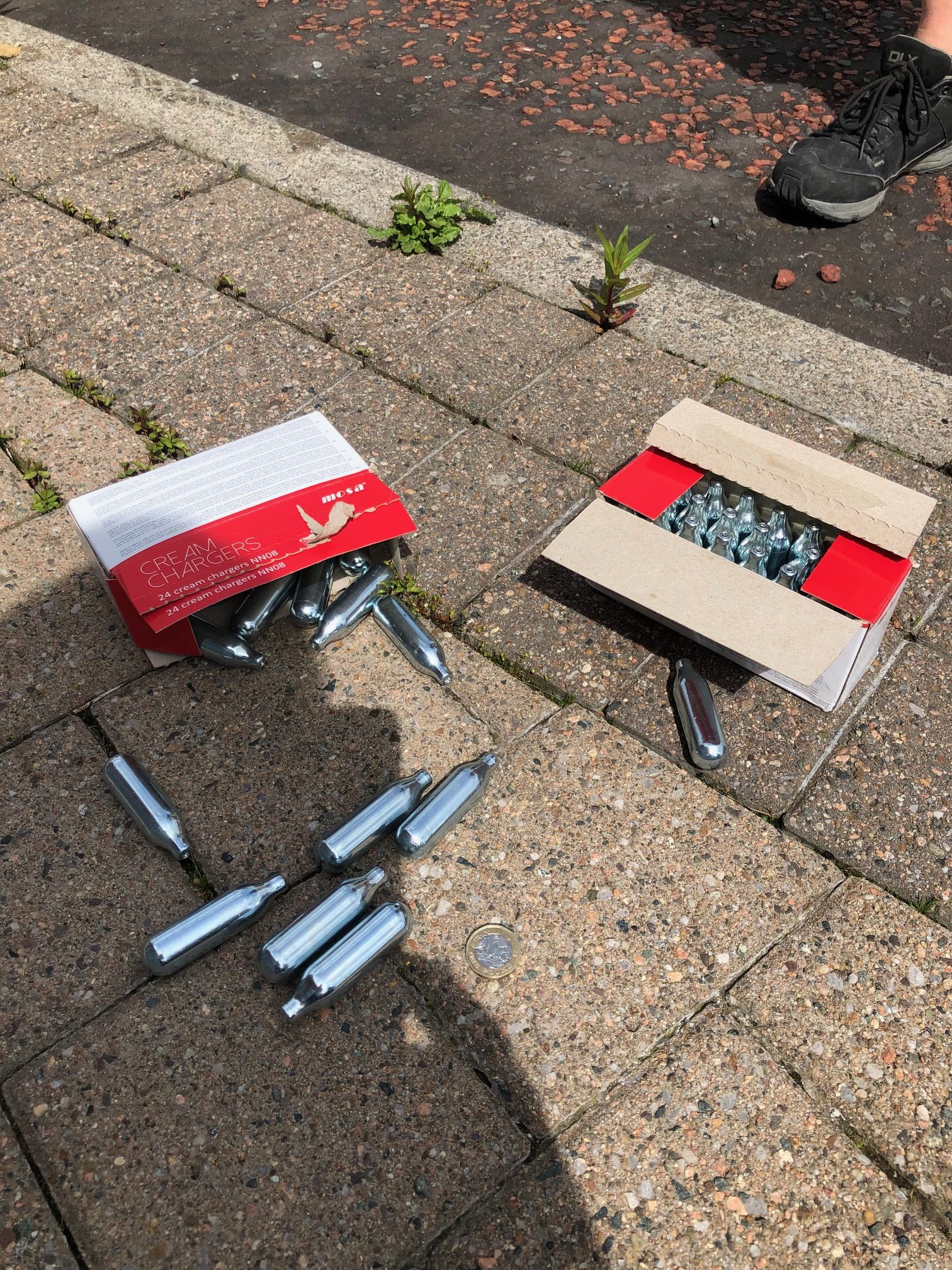 WARNING: Boxes of the potentially lethal nitrous oxide cannisters have been found on the Marrowbone fields. They have a legitimate use in cream dispensers.

NORTH Belfast councillors are warning over the dangers of young people inhaling nitrous oxide from canisters in a new ‘craze’.

Large numbers of empty canisters of the potetially deadly gas, also known as laughing gas, have been found around Marrowbone Park on the Oldpark Road where large crowds of young people have been gathering, despite Covid-19 restrictions.

Sinn Féin councillor Ryan Murphy said he had written to the Department of Health and Public Health Agency on the issue.

“In recent weeks our representatives have been contacted by concerned community activists and parents regarding the increased number of young people inhaling nitrous oxide and the significant number of empty canisters found all over the place,” he said.

“The inhaling of this gas is done mostly through a balloon, however there are increased risks with young people inhaling directly from canisters and the impact it can have when mixed with other substances.

“I have contacted the Department of Health and Public Health Agency to seek clarification on what dangers come with inhaling nitrous oxid and asked them to undertake a campaign to communicate these dangers with the public who have little to no knowledge of any potential dangers this could cause.

“The health and wellbeing of our young people is an absolute priority for myself and Sinn Féin."

Oldpark SDLP councillor Paul McCusker added: “These canisters are being sold online and on the street and pose a risk to those who are using them to inhale.

“We have seen a significant increase in them being found and you may have seen them laying on the street.

“It is important that parents and young people are aware of the dangers of inhaling the gas contained in these canisters (nitrous oxide) - if this is mixed with other substances it can put you in more danger, it may also cause burns due to coldness if inhaled directly from the canister and inhaling to much can affect your breathing"