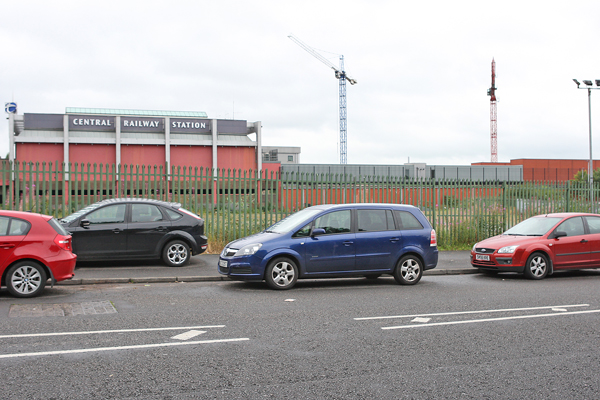 A High Court ruling that Market residents can seek a judicial review of the decision to build an office block that they claim will overshadow the area and isolate residents has been welcomed.
Local Sinn Féin Councillor Deirdre Hargey said they were pleased they would now be allowed to challenge the decision to allow the £55 million development in court on Tuesday (November 14).
"The local community in the Market area have significant concerns over the proposed development,” said Cllr Hargey.
“The scale of the proposed development has caused great alarm for local residents and it is simply not appropriate to build tower blocks overlooking two-storey homes.
“The community are not opposed to development of the site but are concerned about the scale of the tower blocks and the fact that it will completely cut the community off and impact on quality of life.
“There should be balance, development should respect communities in the same way communities are asked to respect development.
“It has been Sinn Féin’s view that the views of the local community in opposing this project are taken into account and listened to and this decision will enable them to have their voices heard.”
Ever since councillors sitting on the Council’s planning committee accepted a planning application for the building, Market residents have mobilised to try and get the decision overturned.
The hearing will be heard in January and is expected to take two days.