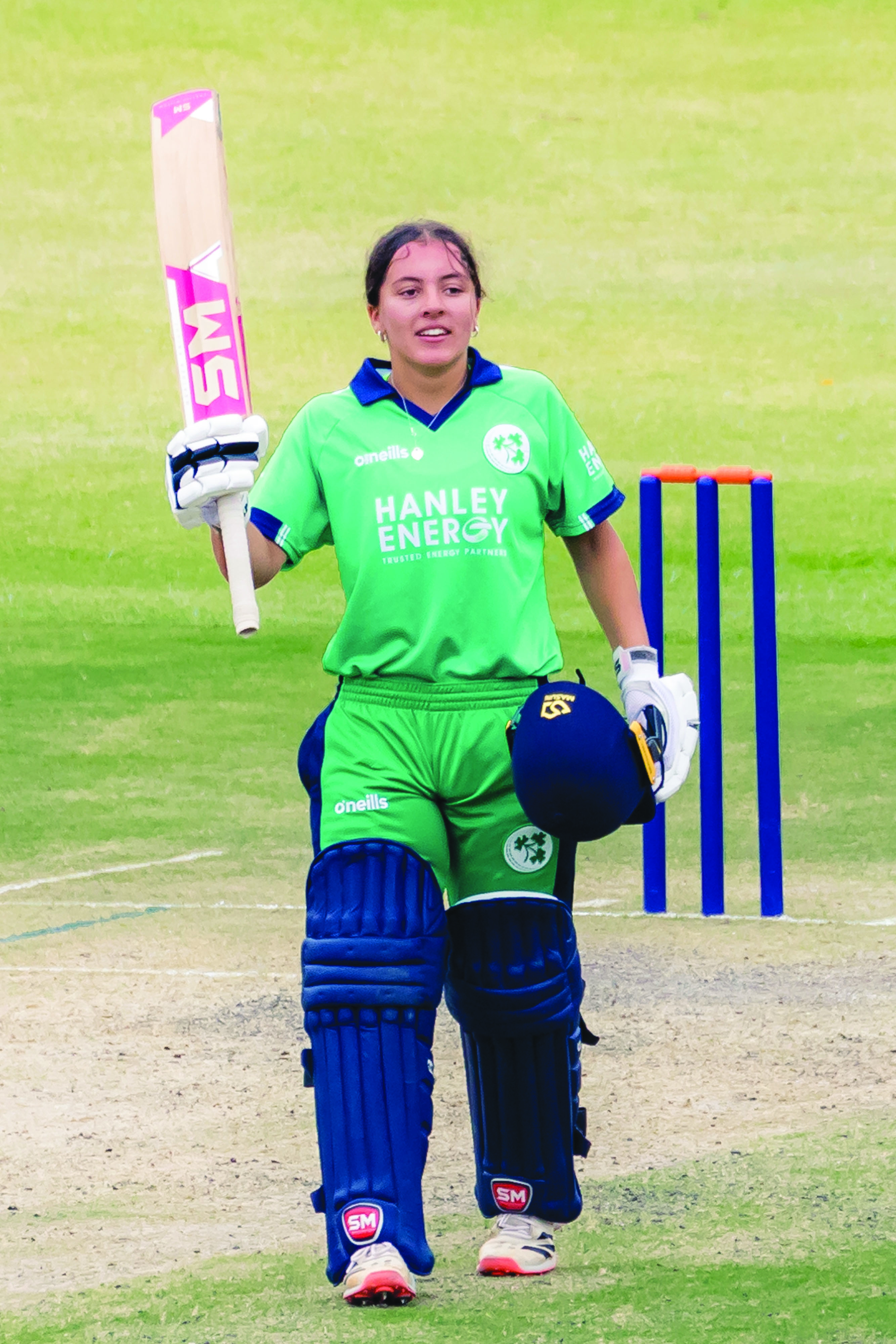 SOUTH Belfast cricket star Amy Hunter was honoured at the recent Irish Times/Sport Ireland Sportswoman of the Year Awards following her historic century for Ireland against Zimbabwe in Harare in October.

The second level student from Methodist College Belfast celebrated her 16th birthday in style,  scoring 121 runs for Ireland off just 127 balls. The achievement made her the youngest ever player, male or female, to score a one-day international century.

Eight boundaries helped Hunter on her way to the highest score ever by an Irish woman in a one-day match.

Hunter a wicketkeeper, who has ambitions to play cricket professionally described the whole experience as “a bit surreal”.

“I didn’t do so well in the first three games, so I was just delighted to be out there, to get that first four away and then from there it just flew to be honest.,” she said.

This was the 18th year of the awards and Hunter was among 12 other monthly award winners nominated for the 2021 title.