Cycling: Joe Barr takes on his next challenge 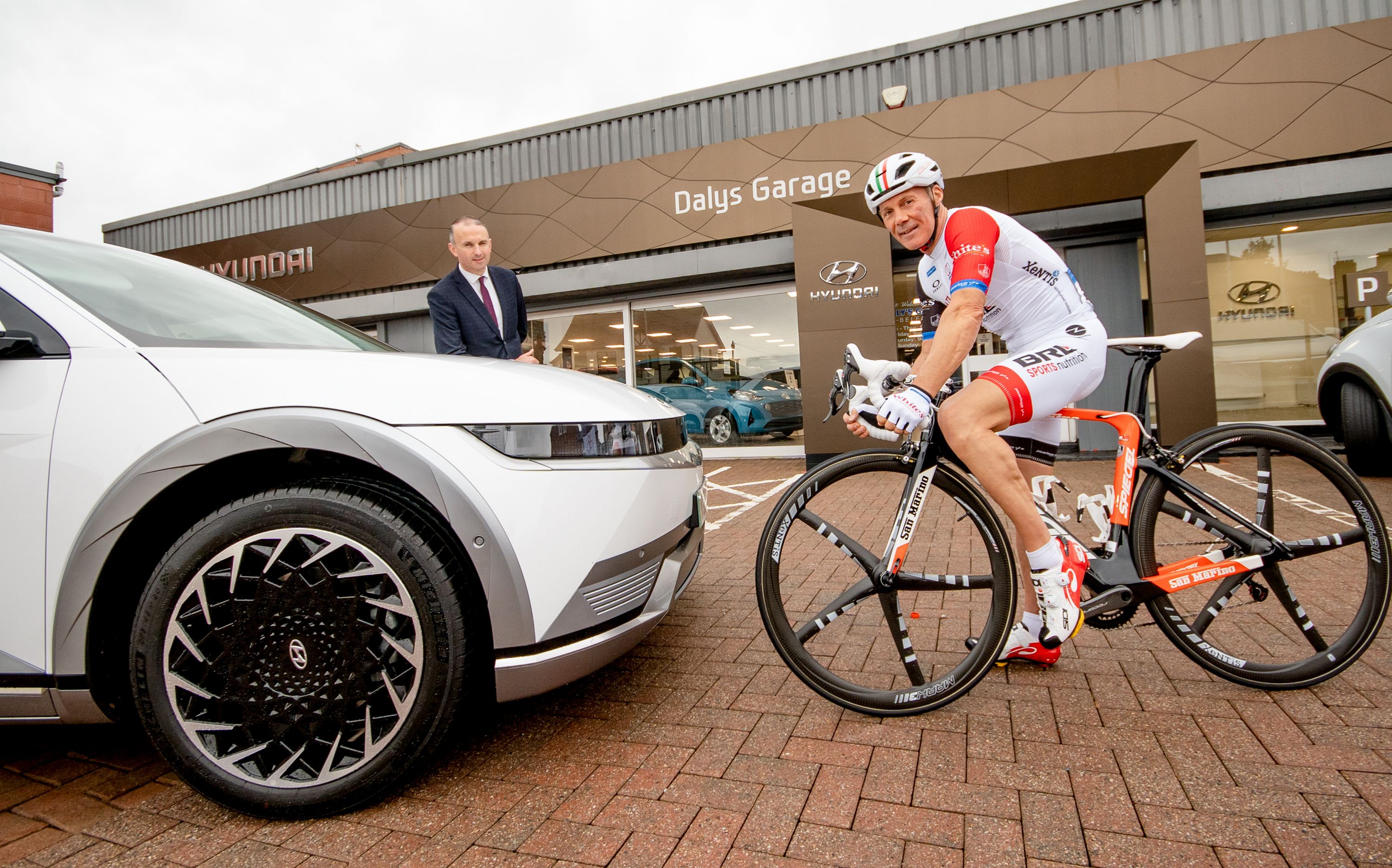 TOMORROW (Thursday), Guinness World Record holder and endurance cyclist, Joe Barr gets ready to face his next challenge as he takes on an electric vehicle to see how many miles he can clock up before the EV runs out of charge.

Teaming up with Daly’s Garage on the Falls Road, the 62-year-old world endurance cyclist, Joe Barr is hoping to raise the profile of sustainable travel, highlighting the efficiency of electric vehicles. In what is believed to be a first for Northern Ireland, the challenge will be taking place at Bishopscourt Racing Circuit, just outside Downpatrick.

“I’m not one to shy away from challenges, in fact, it’s what motivates me to keep going," said Joe.

"2021 has truly been an incredible season for Team Joe Barr, after what has been a challenging 18 months it felt great to be back out on my bike and breaking records.

“Since Daly’s Garage came onboard as a sponsor at the start of the 2021 season, my team have had the luxury of travelling alongside me in one of their incredible electric vehicles. During a long ride one day, I questioned just how far the car could go on one charge and if I could match its miles, and so this challenge was born.”

Originally from Donegal, Joe is one of Ireland’s most successful athletes, with a career that spans over 45 years, and having won over 500 races throughout his amateur and professional career.

Daniel Daly, of Daly’s Garage, said: “Despite the year it has been, Joe and his team continue to innovate and inspire, putting Ireland and Irish cycling on the map globally, and Daly’s Garage is privileged to be part of Team Joe Barr’s journey.

“As a local business that’s been in the community for over 100 years, we are proud to be leading the way in Electric Vehicles and championing the move to more sustainable ways of travel. Racing against Joe will certainly be a first for us and we are thrilled to be involved in this challenge.”

Up against the Hyundai IONIQ 5, the first model in Hyundai’s new IONIQ brand dedicated to battery electric vehicles, the IONIQ 5 sets the benchmark to redefine the electric mobility lifestyle with sustainable and innovative features. Using eco-friendly materials in many touchpoints, a vehicle to load function as well as an eco-friendly solar roof.

Keeping Joe powered throughout his challenge is White’s Oats, Ireland’s largest oat miller and producer of porridge oats and oat based breakfast cereals. Danielle McBride, Marketing Manager at White’s adds: “Whilst Joe's achievements might seem beyond belief to many of us, the team at White’s Oats are never surprised with the new challenges he sets himself, and Thursday’s challenge is no different.

"Team Joe Barr’s commitment to excellence, performance and success are values that White’s emulates- ourselves a local company dedicated to growing and milling high quality sustainable oats and we couldn’t think of a better sponsorship partner for 2021.”