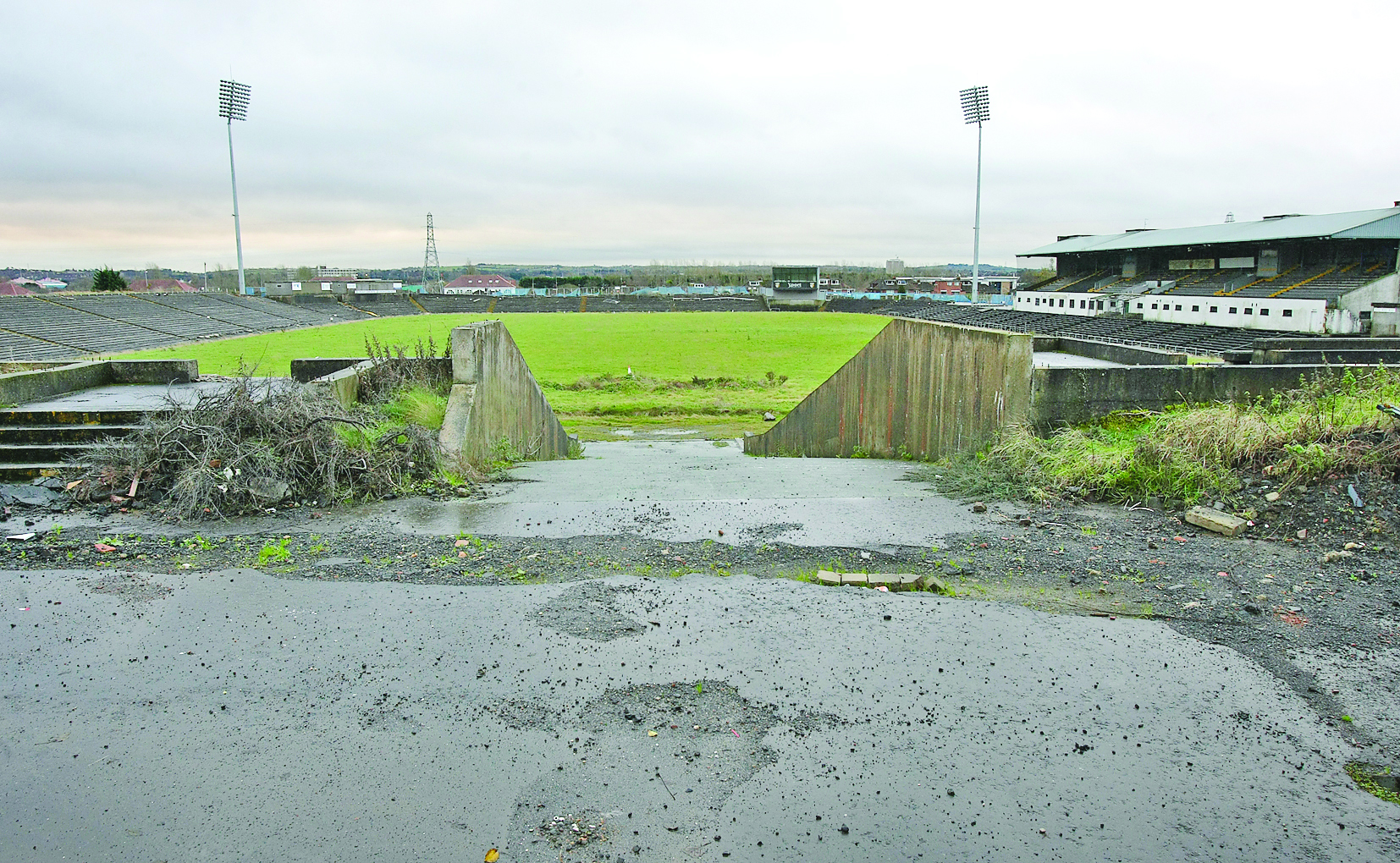 The battle lines have been drawn and, on Monday night at Dunsilly, the electioneering ends and the voting gets underway.

This year’s Antrim county convention will take place following weeks of canvassing, debate and discussion as the top jobs on the county board are up for grabs.

The emergence of the ‘Saffron Vision’ group back in October has led to intense speculation about the forthcoming elections.

The ‘Saffron Vision’ team will field eight candidates for various roles in an attempt to form a majority on the newly-elected board.

In their mission statement, ‘Saffron Vision’ outlined their goals should their candidates win and it is understood that they have visited clubs throughout Antrim in recent weeks to gauge opinion and garner support.

After five years, Jim Murray will stand down as Antrim chairman at Monday’s convention. Colin Donnelly of St John’s is aiming to succeed Murray and he will face competition for the top job in Antrim GAA from the outgoing CCC chair Joe Edwards.

Philip Christie of Armoy is seeking to become the Central Council Delegate, Alec McQuillan of Glenravel the Ulster Delegates while John Hart from St Comgall’s is bidding to become Antrim’s Cultural Officer.

However, the ‘Saffron Vision’ candidates are unlikely to sweep the board and a number of high-profile challengers have also been nominated.

Outgoing PRO Sean Fleming of O’Donovan Rossa will bid to become vice-chairman at Monday’s convention and he believes he has the necessary experience for the role.

“I consider my nomination for the role of vice-chairman to be an honour and one that I do not accept lightly,” said Fleming.

“I believe that my experience in serving both my club and county has equipped me well to carry out the duties of this post which I see as crucially important for the development of our county.

“I have served my club as chairman, secretary and treasurer, all roles I considered to be a great honour. This experience means that I am very well aware of the needs, challenges and issues which clubs face. It will ensure that in carrying out the duties of vice-chairman I will be sensitive to the needs of clubs.”

Sean Kelly from St Malachy’s is challenging Brendan Mulgrew for the position of PRO. Kelly’s ‘let’s make Antrim great again’ video has been viewed almost 1,500 times on YouTube and he has stated his desire to awaken the ‘sleeping giant’.

“For the past 30 years I have been told that the county is a sleeping giant on the cusp of greatness and I plan to awaken that giant and start the county on a journey that will end at Croke Park,” said Kelly.

“I will create a PRO committee of like-minded passionate Gaels who can combine their passion, experience and knowledge to promote both county and club teams alike. I am a supporter of the county first and foremost and my main concern is to make Antrim great again.

“This entails promoting all clubs and all aspects of our game.

“The family atmosphere needs to come back to the county games and I have established goals and will strive to make them a reality.

“I will bring passion, drive and innovation to the role and my sole aim will be to wake the giant from its slumber.”

Billy McLarnon is aiming to become county Treasurer and has outlined why he feels he is the best person for the job.

“I’m a lifelong member of St Paul’s GAC, Belfast and I am currently the county’s assistant treasurer, a position I have held for the last four years and former South Antrim treasurer which I held for three years.

“In short, I offer more than any other candidate running for this position because I have a wealth of experience, success and background in the GAA at college, club, divisional, county and inter-county level.

“I was club treasurer for 12 at St Paul’s so I have a clear understanding of the daily pressures clubs are facing and, for 11 years, I was the tournament director for the hugely popular Ulster Minor Football Club Football Tournament.

“I also have a vision for the future based on actual experience of the real issues facing our county including developing Casement Park and Dunsilly, continuing to work with our clubs to ensure that they are able to build on the fantastic work they have done to date and working closely with our coaches to secure adequate resources to implement a new development plan for the county.”

In their mission statement, the Saffron Vision group outlined what their aims and objectives are ahead of Monday night’s crucial convention vote.

“We will put a very strong emphasis on county development squads, building on the very significant work which has taken place in recent years,” the Saffron Vision statement read.

“We will immediately assess our strategy and our tactical approach to major infrastructure developments at Casement and Dunsilly, putting Antrim’s own needs and desired outcomes at the heart of discussions with all stakeholders and with GAA structures.

“We will seek to manage our fixtures in a way which schedules club games throughout the county, covering all age groups and across both codes. We believe this can be done in a way which accommodates and supports our county teams, including minor and U21 hurling and football teams.

“We believe that the current structures operating within Antrim GAA are not serving the county well and we want to change that.”

While the most eagerly-anticipated county convention in years will see a new county chairman elected, the outgoing chair is now certain to remain on the next county board.

Jim Murray’s other challengers for the position of county development officer have withdrawn and Murray will be unchallenged.

Current incumbent, Columb Walsh will also be unopposed for the role of coaching officer.

As well as electing a new county board, Monday night will also see a number of motions brought before the Antrim convention.

One motion tabled by Patrick Sarsfield’s recommends increasing the Division One and Two football leagues to 12 teams to include the 10 teams from the 2015 campaign plus the two promoted teams from Division Two.