Disgust at deliberate destruction of nest 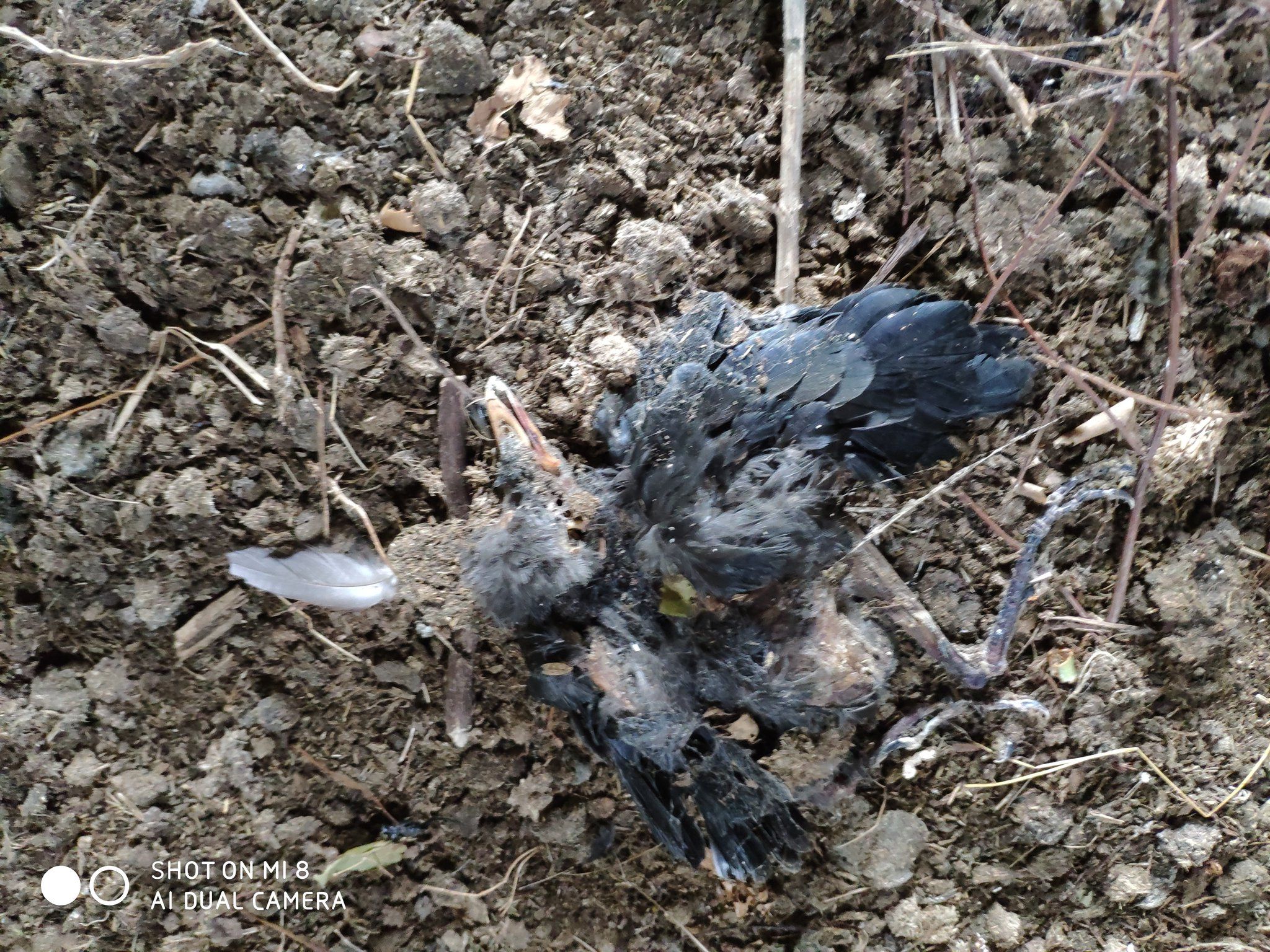 SHOCKING: The dead jackdaw chicks beside the wrecked nest

A LOCAL conservationist has hit out following the purposeful destruction of a jackdaw nest containing jackdaw chicks.

Ciarán Walsh, who is known for his efforts in protecting and encouraging our native barn owls population, made the shocking discovery at the nest near Lough Neagh this week.
The jackdaws had taken up residence in a box that was originally meant for use by the endangered owl. Although a single owl had previously visited the site, it did not nest in the box after being disturbed by humans.

When Ciarán visited the site this week he found two dead jackdaw chicks and their nesting material strewn across the ground.

“It’s a remote site, so whoever did what they did has planned it,” he explained. “The site is about 500 metres in from the main road, it’s rough ground, and you would’ve had to carry ladders with you to get to the box. It wasn’t somebody who randomly saw it.

We put the box in there last spring and in the autumn time last year a single bird came to the box. It looked like it was staying and it was there on a regular basis and then we went down and the bird was gone. We found a couple of beer tins in the building and some cigarette butts so we knew that people had been in.

“What usually happens is that when somebody sees a barn owl, because they are quite rare, they think they have to get in closer to have a look. It’s the worst thing you can do because they spook so easily. They’ll even abandon their own nest and their young. The survival of the adult birds is the priority because they can always have more young, so they’ll just leave the nest.

“Somebody went to have a look and spooked that bird.”

Ciarán said that with the barn owl still hunting in the area, he believes the jackdaw nest may have been cleared by a well-intentioned but ill-informed individual.

“The person who has flushed it has obviously seen the bird flying about and seen that it wasn’t going into the boxes because the jackdaws are using them,” he said.

I was happy for the jackdaws to use them this year because the site needs rested. If the owls wanted that nest they would evict the jackdaws themselves – they would go in and kill the young and that would be the end of the jackdaw nest. You don’t need people to get rid of jackdaws for owls.

“This person obviously thought the jackdaws were the problem, but really they’re the problem – people themselves.”

He added: “My feeling is that the owl will use that nest site, but it will only be when it has quietened down.”

It is, of course, illegal to disturb the nest of any bird and Ciarán urged those with a keen interest in birds to leave things in the hands of experts.

“It’s an education problem more than anything,” he said.

Though the jackdaw nest was destroyed it wasn’t all doom and gloom for the birds of the area this week. On Saturday night, a final barn owl chick from a brood of four fledged at a nest near Ciarán’s home, providing a massive boost to the elusive bird’s adult population.