Dr Michael Donnelly - Covid Update: 'It's a bit of a shambles' 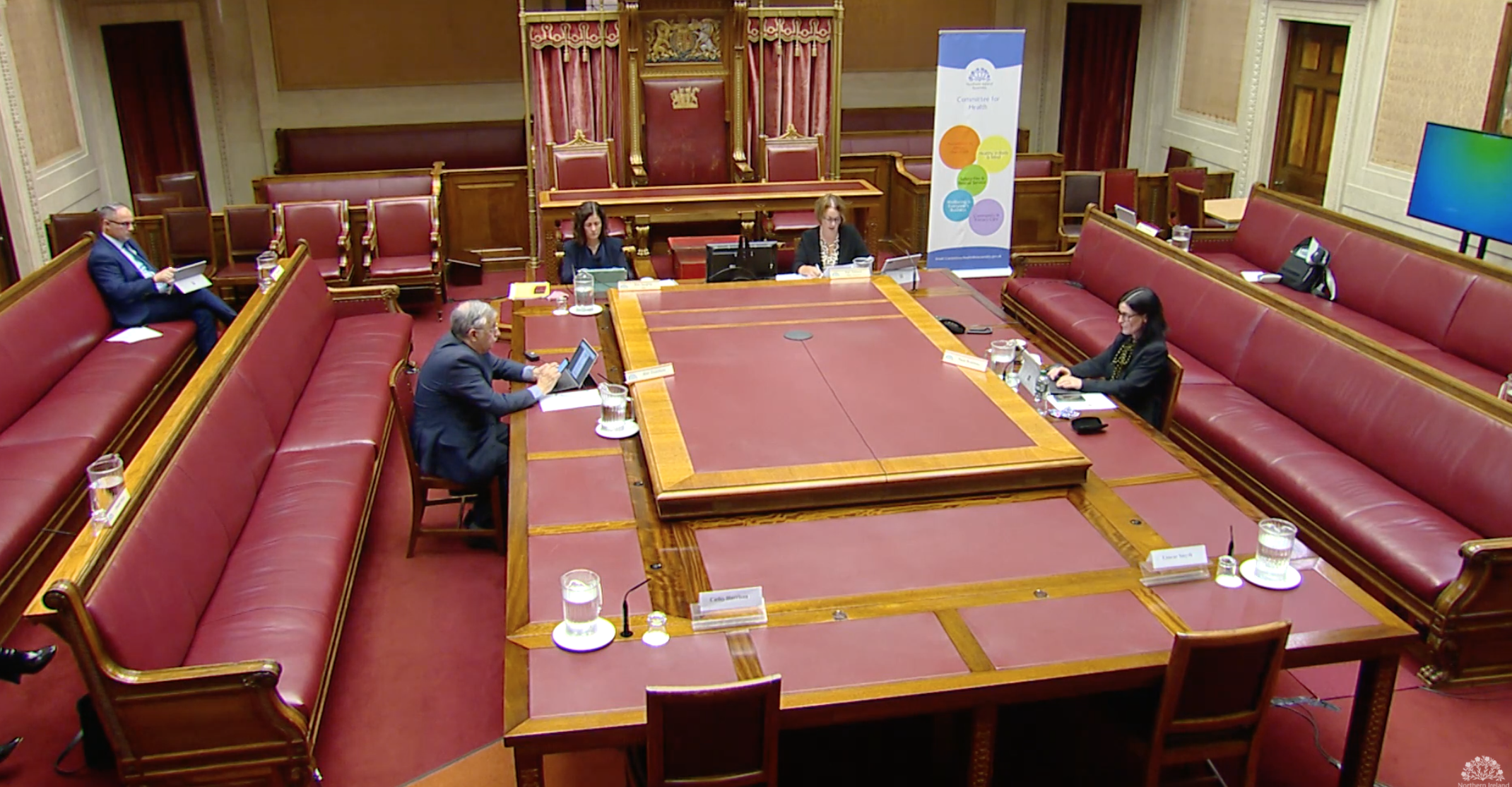 How will the Northern Ireland Protocol affect our ability to get tablets and vaccines?

The Chief Pharmaceutical Officer was there to tell the committee about ‘circuit breaking’ and the rules for the wee six.

The citizen is to have a legal duty but do governments have a duty of care?

Cathy Harrison used very diplomatic language but members could see the problems looming. She was seeking legal advice on some issues, was liasing with colleagues in England and had a contact in Dublin.

Would reciprocal and cross-border health care continue and what about food standards? Would A'town and Lisburn Road be flooded with chlorinated chicken?
Colin McGrath (SDLP) asked her about manpower and shortage of medicines but she confirmed they had sufficient stocks.

Alex Easton (DUP) asked about delays in relation to tariffs. Gerry Carrol (PBP) asked about state aid and how this might affect reciprocal health services and felt that shortages was the elephant in the room. Paula Bradshaw (Alliance) stated that issues were to be discussed at the next North-South Ministerial Council. It was stated that many of these services were in the private sector but legal advice again was being sought as to how free movement might be affected in relation to health qualifications.

We are paying the price for not taking this virus seriously. We dithered with testing on 12 March.

The committee in camera had discussed inquiries into care home deaths but were satisfied about changes to the RQIA Inquiry. Readers will recall that board members of this care and nursing home overseeing body had resigned in protest at Health Department policy.

Further deaths in Daisy Hill Hospital, part of the Craigavon complex of the Southern Trust, has angered local MLAs who are seeking answers.

The restrictions in Belfast postal districts (with exceptions) and in Dublin and now a £10,000 fine threatened and a virtual COBRA meeting of all four country leaders indicates how serious things have become. With deaths creeping up in France and Spain we may soon follow, but the examples of Belgium and Germany are there for us to emulate.

We are paying the price for not taking this virus seriously. We dithered with testing on 12 March.

We let our care home elderly die because we did not learn the hospital dynamics in China and south Korea. We rushed to get back to normality when the virus had robbed us of that normality and this infected us with complacency.

Too late we are fixed on testing when we should be focusing on flu vaccination and sitting tight until the first vaccine arrives in the New Year. It is a bit of a shambles — and some of us voted for it.