Dúlra: The secret of the perfect ramble - a great walking stick 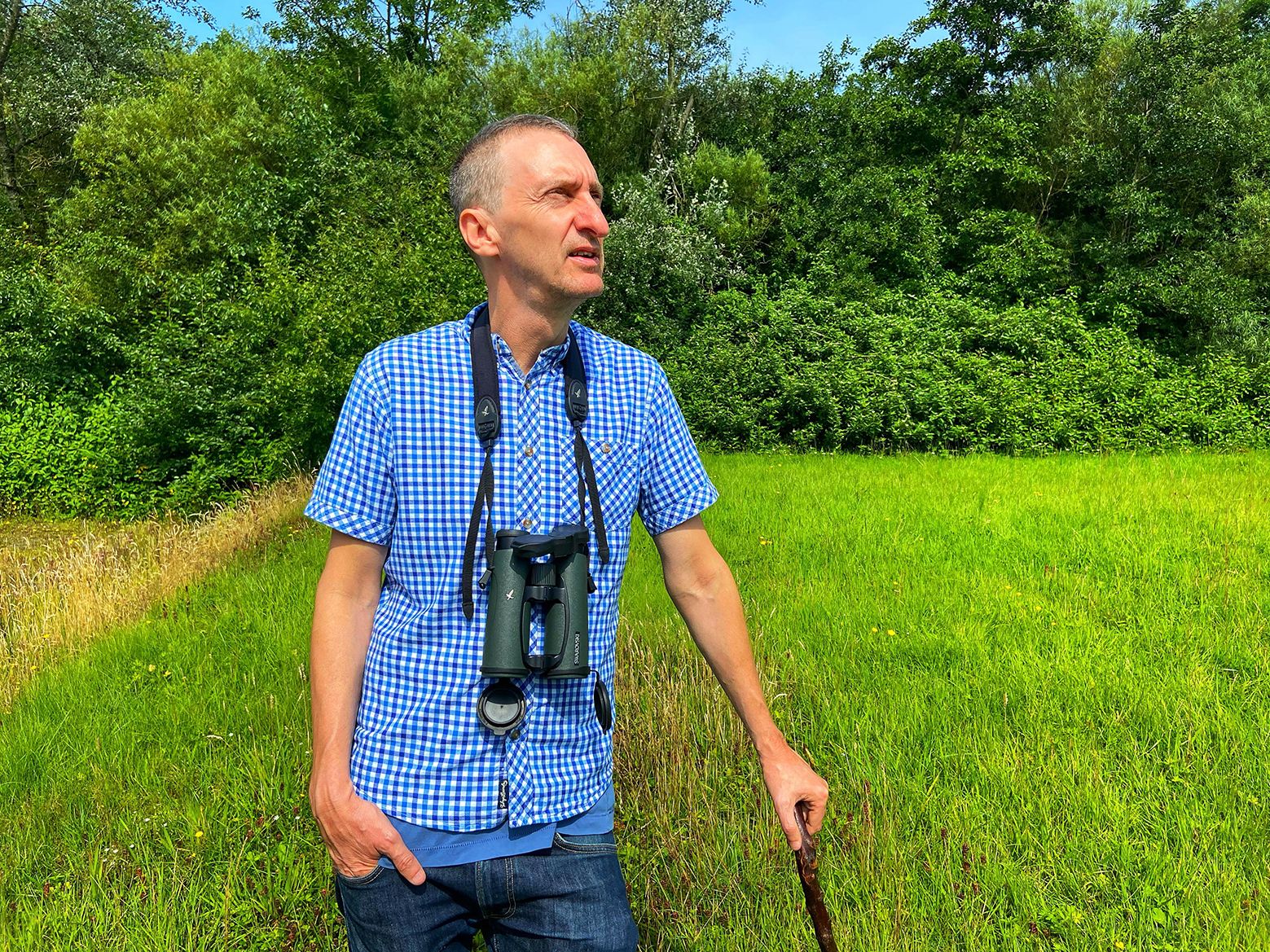 STICK AT IT: Dúlra (AKA Gearóid Ó Muilleoir) swears by his trusty blackthorn stick

Without a walking stick, Dúlra wouldn’t go rambling at all. He’d turn his back on nature and the Belfast hills.

That’s a big statement, but over the years his walking stick has been like a limb, as essential as arms and legs. He just wouldn’t go out without it.

And it’s not that he’s getting on a bit – of course in the city it’s only the elderly you’ll see with a stick. Dúlra must have been about 10 when he was first introduced to the benefits of having a stick in his hand while in the countryside – and he’s had one by his side ever since. Mostly blackthorn, but also hawthorn and hazel which he used to cut deep inside Colin Glen.

A walking stick helps keep your balance, of course, but they’re also great for batting away troublesome branches which could poke you in the eye and are invaluable when crossing rivers. You’re much more likely to find a bird’s nest when you have a stick. And they’ll help fend off curious cows and an unwelcome farmer’s dog.

Back then you wouldn’t have dreamt of buying one – not when the fields and woods were full of them.

Once a year we’d put a handsaw into a bag and go on a stick-finding expedition. On earlier walks you’d have spotted potentials, making a mental note of where they were. And then on the appointed day, Dúlra and a couple of mates would criss-cross the Belfast hills and snip a dozen specimens.

Also in Stroud! I see your stylish wooden stick and raise you one silver topped and a scary blackthorn! pic.twitter.com/9mtMz8NHsm

The ones you’d spotted earlier rarely lived up to expectations. Blackthorn makes the best walking stick, but it’s more of a thorny bush than a tree. And in the wild it’s rare to find a branch that has grown straight for three feet. We’d cut the contenders and take them home – you never really knew if they could be salvaged until you trimmed them to the preferred length.

Most had imperfections – a nobly bit halfway up or a branch sticking out of the stick that would have to be filed down. If you were lucky, you could make a handle from the root.

Expert stick-makers can straighten bent branches by strapping them to a brush shaft – but we hadn’t the patience to wait six months. We wanted them for the next day!

Finding a good stick was like coming across a diamond. They were never easy to see – all good ones on the outside of thickets would have been claimed years ago. And so you had to crawl inside – maybe through a rabbit run – and search from the inside. Blackthorn trees grow by sending up shoots from their roots – if unchecked they’ll gradually take over a whole field, which they have done in parts of our hills, especially on Colin Mountain. And it’s only from deep inside the thicket that you’ll see potential walking sticks.

But you’ll get plenty of sharp thorn wounds for your trouble.

Which is why reader and expert stick-maker Marty Lawlor has given up on blackthorn.

“My hands are ruined,” he told Dúlra this week. “I used to make 100 sticks a year, and my hands would be cut to ribbons. I used thick gloves but I’d still get cut. Now I prefer hazel – it’s softer and lighter.”

Dúlra uses an old blackthorn handed down from a relative more than a decade ago – it’s of sentimental value. But now thanks to Marty he's got a real cracker.

This stick that Marty dropped into the Andersonstown News office for Dúlra came from a riverside at Waterfoot. And Marty has a great way of compensating for the softer hazel wood – he tops it off with a stag’s antler! It’s an intricate job to join an antler to wood – but this one’s been done with the finesse of a top-of-the-range snooker cue.

In fact it looks smashing – like something St Patrick would have carried – with a handy sharp fork in case he bumped into any pagans!

“My mate has a licence to shoot stags down South, and I get the antler which goes well with the walking sticks. I make no more than 20 a year now – usually for friends and as gifts,” he says.

“When you're working with hazel, I actually like kinks in the wood. You don’t want it too smooth and perfect.”

So the blackthorn has been set to one side – St Patrick walks again!