Eastwood in Belfast to launch challenge to McDonnell SDLP leadership 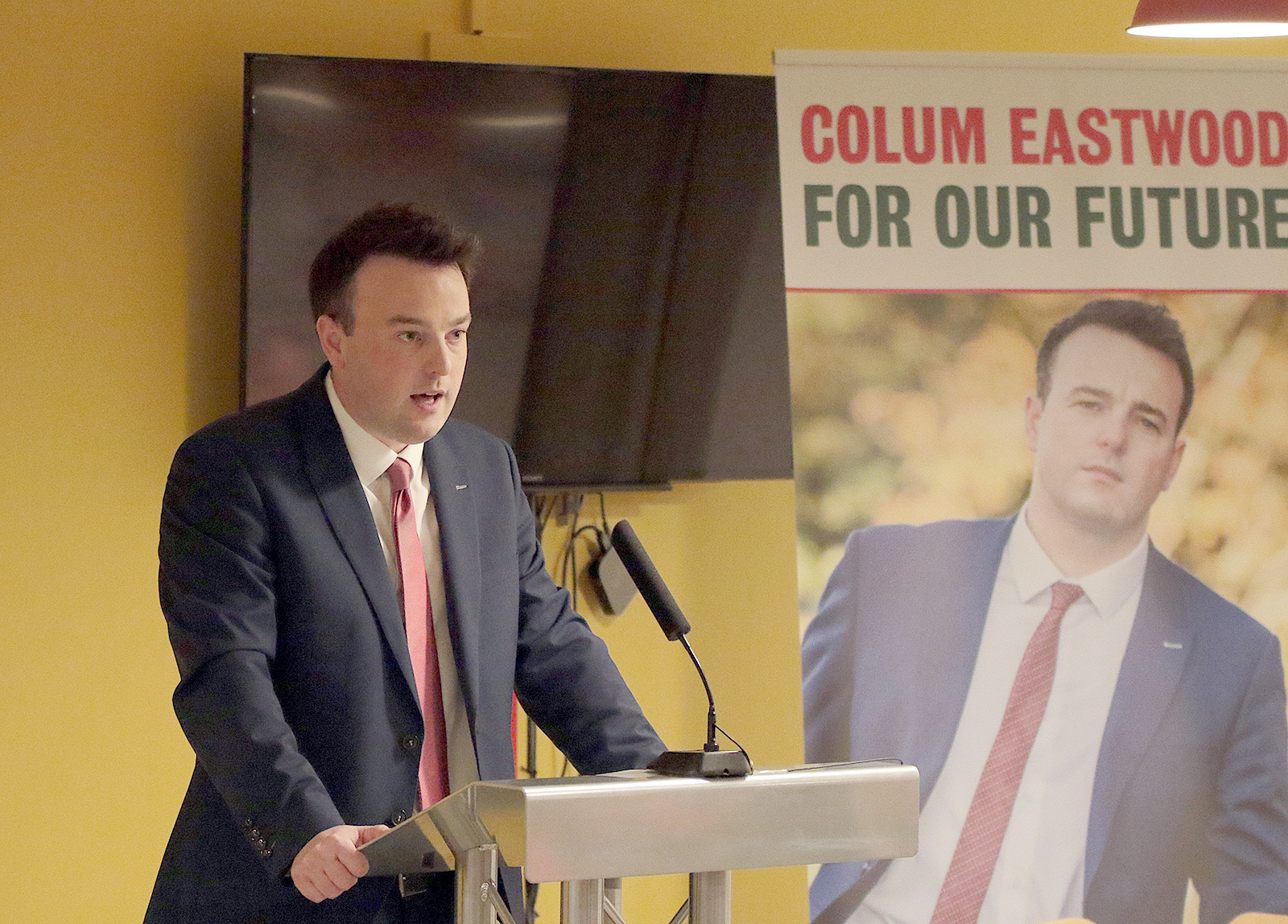 YOUNG pretender Colum Eastwood brought the fight for the SDLP leadership to his opponent’s door last night, launching his campaign on the boundary of Alasdair McDonnell’s South Belfast constituency.

The Foyle MLA was backed by a host of leading party figures at a gathering in The Hive, a social enterprise on the Grosvenor Road near the border of West and South Belfast. In the audience were a number of heavy-hitters including deputy leader and Upper Bann MLA Dolores Kelly, South Belfast MLA Claire Hanna, who was co-opted on to the Assembly when Dr McDonnell gave up his Stormont seat, West Belfast brothers Alex Attwood MLA and Councillor Tim Attwood and party grandee Bríd Rodgers.

32-year-old Mr Eastwood laid out his plan to revive the party’s ailing electoral fortunes and said said he’s “ready and able” for the job.

“The election results in the last couple of elections have been very, very poor for the SDLP and I think its time that we stood up and took notice,” he said. “I think I can begin to turn things around in what will be a long process but I am ready and able for the work.”

The former Mayor of Derry said he wanted to lead the party in an official opposition at Stormont and added that he would work to reform the widely derided ‘Petition of Concern’ system.

“There should be an opposition at Stormont and one that is properly resourced and supported,” he said. “The widespread abuse of Petitions of Concern should be stopped. We need a ‘north/south max’ approach to our cross-border institutions instead of the north/south light approach which is undertaken at the moment. The SDLP will always seek a mandate to join the NI Executive, but any decision to do so will be based on what is best for the people of Northern Ireland.”

Mr Eastwood told the local paper, the Andersonstown News, that Belfast is a good example of how the SDLP has faltered – and of how it can be revived.

“The election results have shown change is needed, particularly in Belfast where the entire SDLP vote at the last Westminster election was 16,500,” he said. “In 1997 when we lost in West Belfast, the number of voters in that constituency alone was 17,753. It is obvious things need to change. I think I can begin to turn things around in what will be a long process but I am ready and able for the work. Inspired by giants of the likes of Hume and Mallon and by those who traipsed the street for votes, were killed and threatened as they set out a vision for a democratic Ireland. I want to take their achievement and move this project forward.”

Alex Attwood said: “Absolutely, Colum has my support and that of my brother Alex and [Councillor] Brian Heading. A generational shift is needed in politics in general and certainly within the SDLP. I believe Colum has the youthful energy required but also the experience to go with it and I think he will be an inspiration and a hope to a new generation of people.”

In a rare interview yesterday with the BBC, party leader Alasdair McDonnell took an oblique swipe at his challenger.

“Colum, quite frankly, was campaign manager in one of those election results,” he said, “and I wouldn’t accuse him or hold him accountable for the fact that there was a few votes lost.”

Mr Eastwood promised to stage several more events across the north ahead of the leadership vote at the party’s annual conference in Armagh on November 13.