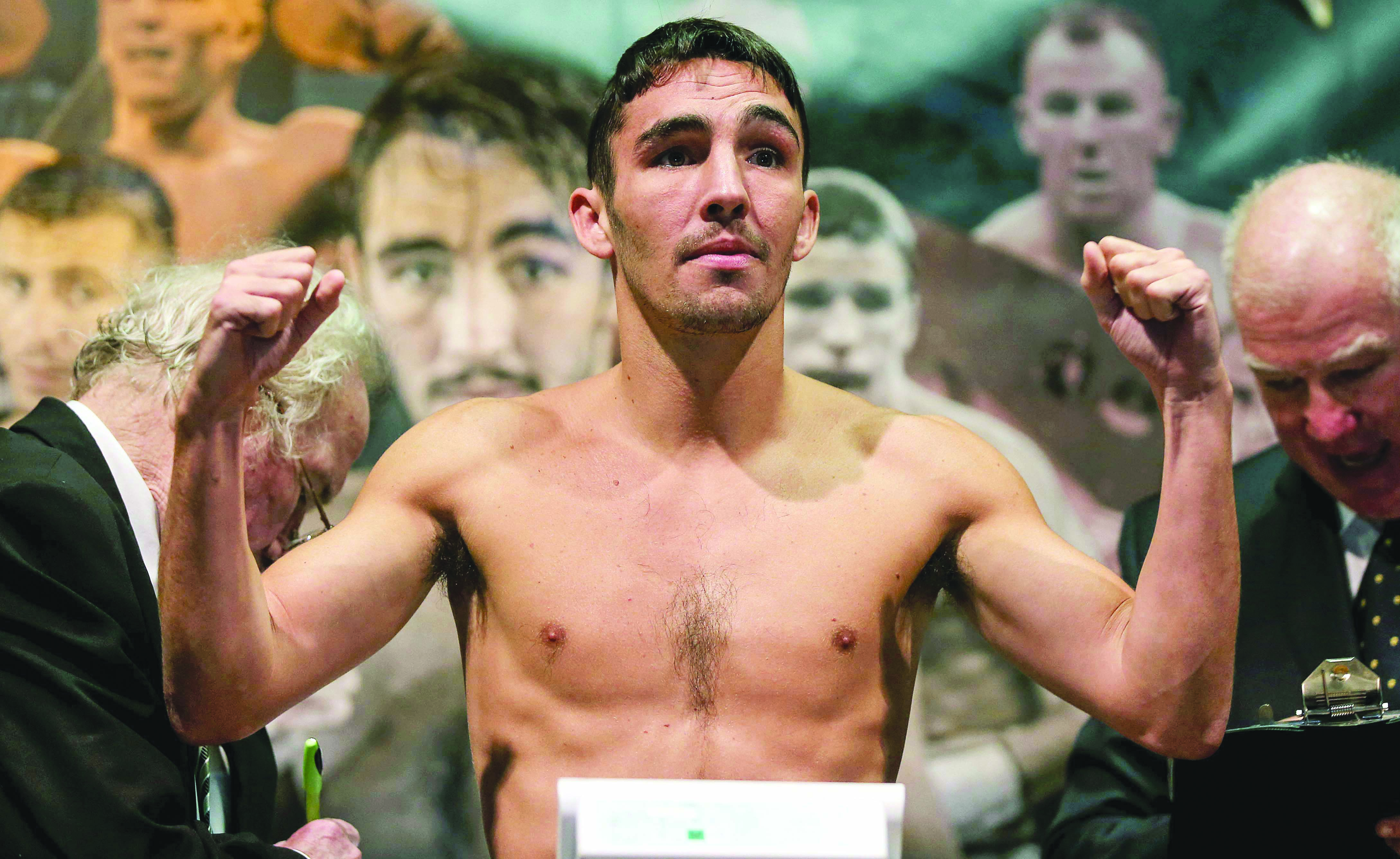 WITH a final eliminator for the WBO super-flyweight title all but confirmed, the onus on Jamie Conlan is to make no mistakes while continuing to thrill as he gets ready to top the bill at the Titanic Exhibition Centre on Saturday night.

Hungary’s David Koos (8-2-1) was confirmed as the opponent on Wednesday after a frustrating few days where two proposed rivals fell through.

The opposite corner was initially supposed to be occupied by Julias Kisarawe for a Commonwealth title defence, but visa issues prevented the Tanzanian from travelling to Belfast while another, Eduardo Cruz Munoz fell through on Tuesday.

It has been far from an ideal preparation for Conlan who must retain focus for late opponent Koos or that final eliminator for the world title currently held by the formidable Naoya Inoue could disappear.

That means that Conlan will box to orders this weekend and try to resist the temptation to get into another ‘fight of the year’ – an award he shared with Anthony Nelson following the pair’s epic Commonwealth title dust-up earlier this year.

There is an upside to those type of battles with the fans suddenly drawn to watch one of the most fan-friendly boxers in Ireland and Britain.

Exposure is great, but wins are more important.

“It hasn’t hurt the progress and the potential to draw big audiences, but for your livelihood you don’t want to be going out like that every night,” admits the 30 year-old who has a record if 17-0.

“In hindsight it has got me greater exposure than expected.

“People want to watch now and when the fights aren’t like that (a war) they are disappointed so you can’t please everyone.

“When I get out of the ring I would be disappointed how it went even though people are running around saying it was great. But people like my father are very disappointed, but then you look at the positives and those fights get you the exposure.”

That exposure has helped Conlan box in his home town for the first time since September 2014 when out-pointing Jose Estrella for the WBO Inter-Continental belt at the Titanic Slipways – just yards from where he will box on Saturday – on the undercard of Carl Frampton’s title win against Kiko Martinez.

Back then, Conlan was the man halfway down the bill, boxing while many of the fans stood at the bars.

In fact, that was a step-up from the early part of his career when the affable Falls man just couldn’t catch a break, shoved into the ring before anyone had turned up or had all gone home.

So this Saturday will be a proud night for a man who is finally starting to get the recognition his rich talents deserve.

“Everyone wants to fight in their home town, develop a fan base and grow a fanbase. I’m excited,” he agreed.

“I want to bring exciting nights to Belfast and deliver on what the crowd want.

“I know they have watched the last few fights and they are now expecting every fight to be like that – they won’t. From my side it will be nice to have one or two nights here to let the fans experience what the fans in Dublin and in London have.

“I remember talking after the first time Cyclone ran shows here at the Ulster Hall and I was just going back to work. The work was better than the boxing then, but I stuck it out and have a good team behind me. I have people pushing me in the right direction.

“Topping a bill in Belfast is something I didn’t think would ever come, but now it has and hopefully that will be the case for the next while.”

It is a happy time for the Conlans with Jamie knocking on the door for a world title with an eliminator to come next year, the most likely opponents being either Juan Hernadez or Rex Tso.

Conlan admits he would like possibly one more fight after Saturday before taking that showdown and said a rematch with Nelson is something he would be keen to do in order to right a few wrongs but also because he feels it’s a rematch the Englishman deserves after their epic Copper Box meeting in April.

“I spoke to Anthony at the British Boxing Board Awards and he was saying he was taking time off until Christmas, but that’s a fight I would love,” he revealed.

“I walked into the room and he was the first person I saw. I was with my mrs and he was with his trainer, but I thought I should go over and say hello and ended up standing talking for an hour.

“We were then talking about our career’s and he’s had a similar one to me, a bit stop-start, being on the undercard or after the main event when everyone had gone. He is a really nice guy and I would love to do it agin with him. I think he deserves it and I said to him after he deserved it. I like to be a man of my word.

“I think I could right a lot of wrongs from that fight and do what we had planned. After the first round I was trying to knock him out with every punch and it turned into a shootout.

“A crazy fight, but I think if I could get it again it would be a better and more clinical performance.”

Anyone who watched that fight would not complain if a rematch was made but Conlan’s ambitions lie higher.

There was the offer to box at Madison Square Garden on St Patrick’s Day to share the bill with younger brother, Michael, but he politely turned the offer down to ensure all the attention goes on his sibling who he idolises and has consistently looked out for in his career.

“I said ‘no’ because I just want to be there to experience the whole atmosphere and be there for him as a brother,” he explained.

“I want to be there to watch his story. It’s something I’ve always said I thought he would be and I‘ve always said I’ll put his career ahead of my own because even when he was 13 and 14 and I was working in Shorts, I would tell people he would be the next big thing.

“It would be amazing to have the final eliminator on his comeback fight to Belfast in the Odyssey Arena with Paddy (Barnes) even in a big title fight.”

Such an event is attainable for the elder Conlan, but only should he continue his onward march this Saturday.

The bill features a host of Irish talent with debuts for Barnes against Slavchev and Steven Ward whose faces Merdjidin Yuseinov (7-16-2).

Marco McCullough (15-3) continues his road back with a WBO Inter-Continental title match-up against Luis Lugo (17-5-3), while a potential fight of the night comes when Tyrone McKenna (11-0-1) faces Sean Creagh (4-0) in an all-Irish affair.

A future Irish title fight will take place between James Tennyson and Declan Geraghty and both super-featherweights are in action on Saturday, Tennyson (16-2) taking on Jose Aguilar (16-31-4) and Geraghty (13-1) facing Khvicha Gigolashvili (14-15).