Emmanuel looks to the future with optimism after crucial surgery 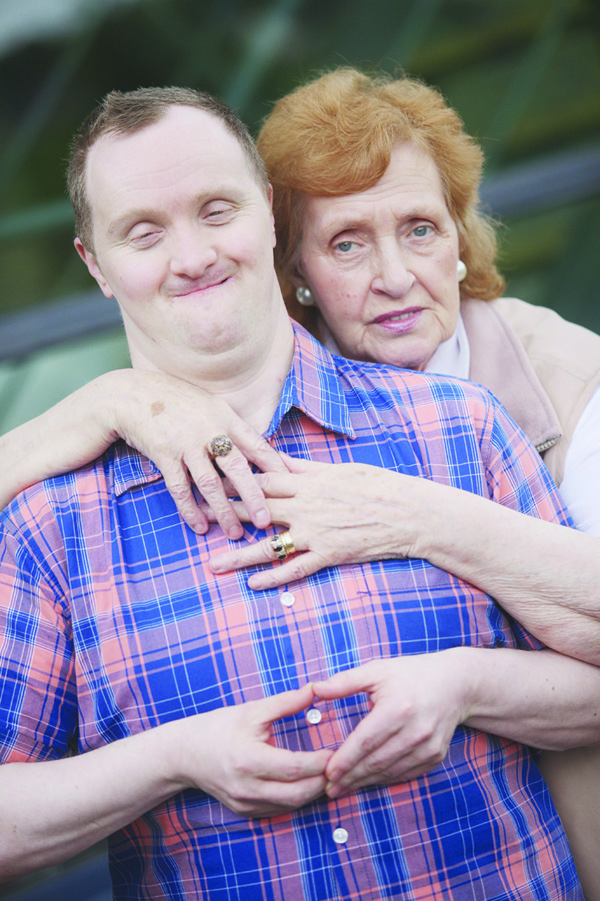 Emmanuel and his mother Philomena Gibson

A Belfast man who underwent potentially lifesaving heart surgery has thanked the staff at the Royal Victoria Hospital (RVH) following his successful recovery.

43-year-old Emmanuel Gibson was born with a type of septal defect commonly described as a hole in the heart and doctors thought he might only survive a few hours.

Emmanuel’s mum, Philomena Gibson, said that his survival was nothing short of a miracle.

“When he was born I just prayed and prayed that he would survive,” she said.

“I prayed for God to give me my son, and he gave me him. A doctor looked at the hole about 15 years ago and said that it was too big and that it couldn’t be fixed, but he had an operation on his heart about three years ago for another problem and the doctor said that something had to be done about the hole or sooner or later or it would harm him in the long run.”

Despite being told that the hole in Emmanuel’s heart was inoperable, his family and friends prayed that he could have the operation. Amazingly, Emmanuel was able to have the necessary surgery of April 7 and said he is feeling better than ever.

“I went into hospital and had my surgery, which was a great success,” he enthused.

“Everything went fantastic and now I’m doing just fine. I would like to thank everyone again, especially all the consultants – Mr Austin, Mr Lochart and Mr Nazier. Also, the anaesthetist Mr McBride, the doctors and nurses – especially Dr Owens, the staff and everyone at the 5A ward and H.D. Unit. The fantastic care and kindness from all the amazing people has been uplifting. I’m so grateful for all the VIP treatment I received – it is much appreciated.

“I also want to say a big thank you to all my friends and family, especially my mum who cares and looks after me so well.

“All the prayers from my friends at St Malachy’s, St Mary’s chapel, and Clonard were answered by the Holy Spirit, God, Our Lady, St Joseph and St Padre Pio,” he added.