End in sight for Unionist-designed Irish street name legislation which has echoes of Gerrymandering? 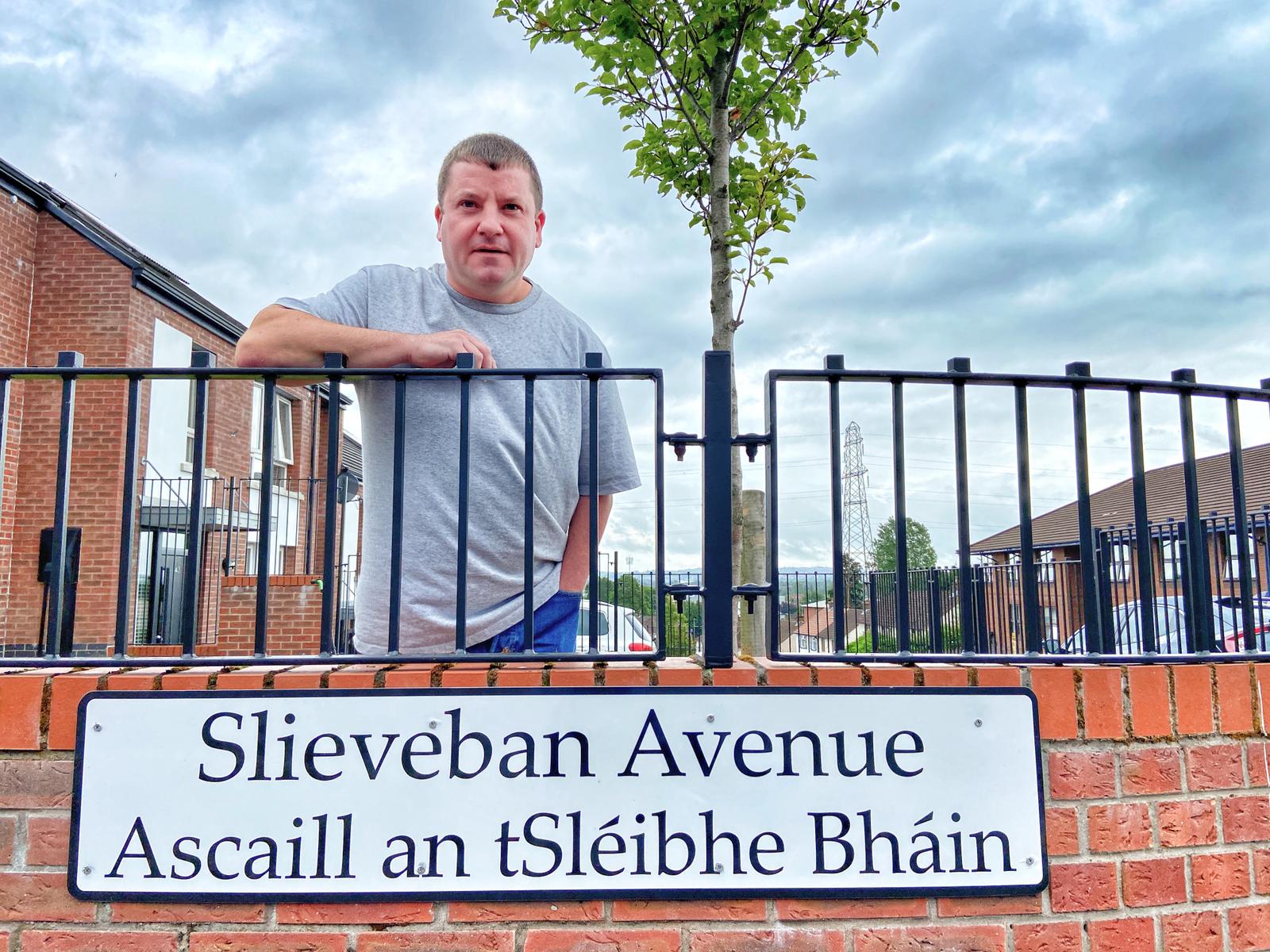 It's almost 40 years since a Shaws Road man set out on a dark winter's night to collect signatures from his neighbours for a petition urging Belfast City Council to allow him erect an Irish language street name outside his home on Rosgoill Park.

That simple deed by Liam Andrews became the first effective challenge against the 1949 Stormont Act which banned streets names in Irish and later snowballed into legislation, first mooted in the Anglo-Irish Agreement of 1985, to allow Gaeilge nameplates.

At the time, Liam Andrews wanted to call a small number of houses which formed an extension of the Shaws Road Gaeltacht Cois Cluana. That bid actually reached Belfast City Council in 1997, post-new street name legislation and updated to Ros Goill reflecting the new development at Liam's doorstep, but was rebuffed by unionists who said that while the law permitted bilingual street names it not permit street names only in Irish.

But unionists had another trick up their sleeve to slow down and stymie applications to erect Irish translations of street names.

It was a move born from the art of gerrymandering — that is, devising electoral boundaries so a minority could rule a majority — which had characterised the old Stormont regime.

For when Belfast City Council finally passed its own bylaws allowing applications for Irish street names, it insisted not only on a two-thirds majority from all residents of that street but stipulated that anyone who didn't respond to the questionnaire seeking their views on the change would be recorded as a vote against.

Thus, in a street of 100 residents, 100 per cent of those who respond to a questionnaire (say 60) could cast their vote for the Irish street name only to be told that those who didn't bother to respond at all (say 40) are recorded as No votes and thus the bid is lost.

It's not surprising then that the first street names in Irish didn't actually go up in Belfast until 1999 - 14 years after the signing of the Anglo-Irish Agreement.

Over the years, nationalists have assailed the current regulations surrounding street names but to no avail as Alliance Party members sided with the unionists to block any change. At the same time, Irish language enthusiasts who encourage applications for Irish language street names have to assiduously follow-up with each household to ensure the two-thirds majority of everyone on the voting register is reached.

Notably, in 2016 Falls solicitor Michael Flanigan took a case to the Appeals Court arguing that the treatment of none-votes in a street name application as votes against was unjust. However, the courts ruled against that bid and the status quo, designed by unionists in the 1980s when Belfast City Council had actually passed a ruling that only English could be used in Council business — a riposte to Irish language groups campaigning for provision — has reigned supreme until now.

Last week, though, Sinn Féin councillor Ciarán Beattie launched another bid to overturn the current regulations and introduce a fresh and more democratic approach whereby 50 per cent plus one of the residents of any street can vote to have an Irish street name erected alongside the English version.

And, for once, the numbers fall in favour of the Irish speaking lobby.

For while Alliance — which  has come out in favour of an Irish Language Act at Stormont has yet to say if it will support the Sinn Féin man's motion — the combined votes of Sinn Féin, SDLP, People Before Profit and Greens can still vote through the change. Last week, the Greens and Alliance both kept their counsel in face of the Sinn Féin proposal. However, the motion will come before Belfast City Council on Wednesday 1 July for a vote.

Said Cllr Beattie: "Belfast City Council has one of the most restrictive policies of any council in the North in regards to bilingual street signage policy.

Decision on @belfastcc new bilingual street signage policy has been deferred. The Irish language community has been calling for this for well over a decade

The new policy, calling for simple majority or respondents to support a new sign, was in #le19 commitments. Why the delay?? pic.twitter.com/nukYVRhwiU

"I proposed that 50 per cent plus one  of the street be required to agree and also that non-respondents and responses which don’t express an opinion are considered void. Unfortunately, the Alliance Party, DUP and Green Party united to defer a vote on this proposal. This is shameful and again reflects a refusal of these parties within council to deal with this rights-based issue. There is no space for fence sitting on rights, you either support rights and recognition for the Irish language community or you do not."

The Sinn Féin man reminded the Council that its own Irish language strategy refers to increasing the visibility of the Irish Language in our city. "We must do more than pay lip service to this," he added.