Everyday sacrifices behind the music 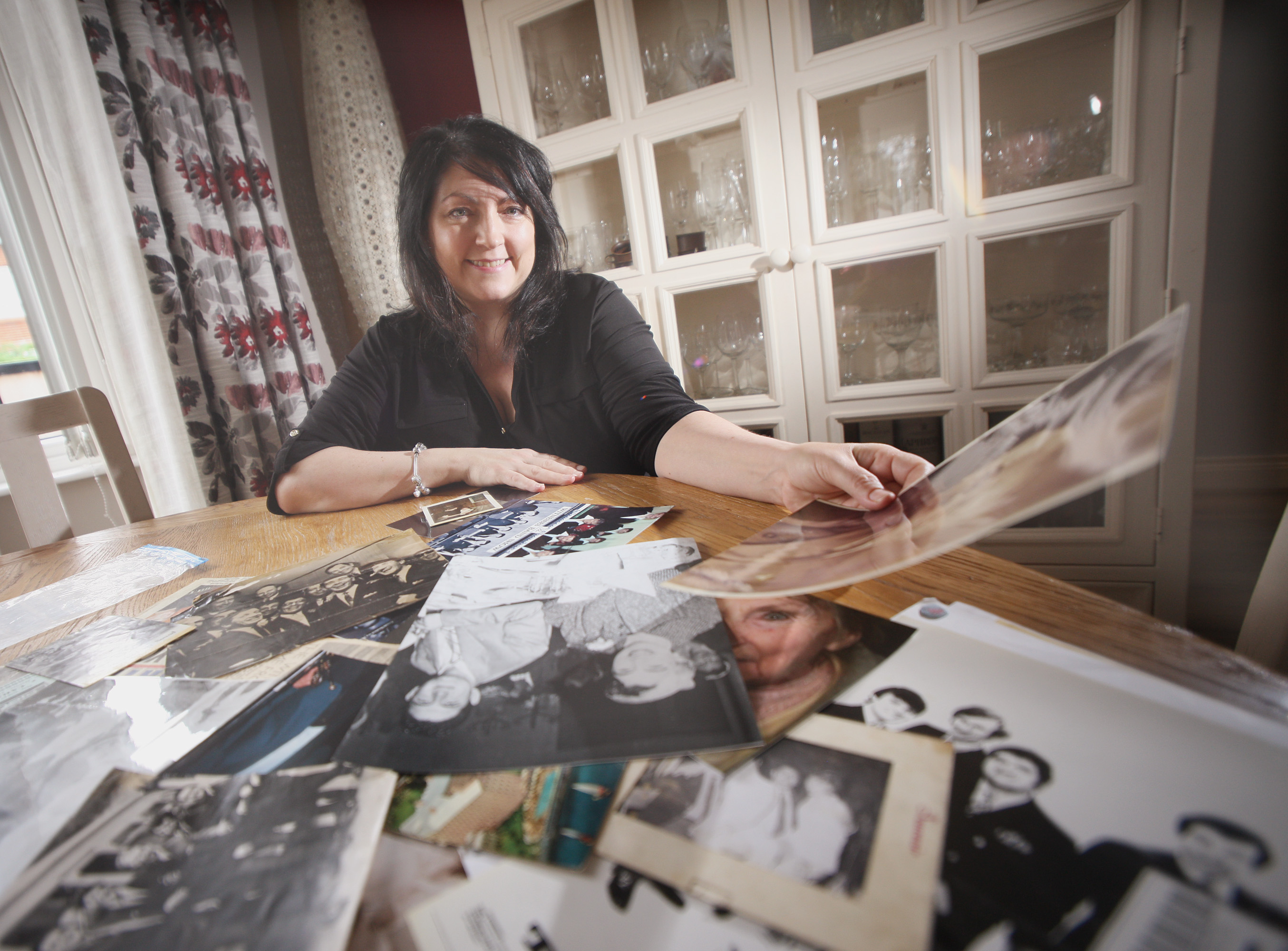 EXCITING TIMES: Antoinette Morelli with treasured reminders of her dad’s glamorous Showband past

THURSDAY afternoon at a kitchen table and West Belfast actress Antoinette Morelli is poring over old photographs of her showband legend father Tony. She’s also got stacks of postcards he sent home from wherever he was performing in the world.
It’s that legendary Showband era that forms the basis of Keep Telling Me Lies, a play written by Brenda Winter Palmer and put on by Antoinette and her Karma Theatre Company.
The play is set against the backdrop of North Belfast’s now crumbling Floral Hall, once a top venue drawing huge crowds from all over the city to hear the country’s top Showbands. Two women recall the fateful night they met their future husbands there and deep, buried grudges resurface and sparks fly as they reminisce about the lifestyles of their globetrotting husbands as they are left behind to hold the fort.
“This is a story that it is every bit as relevant today,” said Antoinette. “The first run was last year in the MAC and it went fantastic, we had standing ovations every night and got great feedback right across the board. This story is universal, you could put it anywhere, in any context. It deals with the sacrifices people made so that their loved one could realise their dream, it’s something that is still prevalent in 2020.
“The character I play, Rose, is loosely based on my mum who passed away two years ago. I always remember going to the Kennedy Centre with her and it was always ‘There’s Tony Morelli’s wife’ – they didn’t even know her first name. It’s basically your identity being established through someone else. I’d be walking places with my daddy and people just wanted to see him, talk to him. He travelled all over the world and would always send a postcard from the hotel, sometimes even marking out the room he was staying in,” she said, smiling fondly at the memory.
Having been in the industry some 25 years, Antoinette graduated in Drama from Queen’s just two years after the course was established. “I went to St Louise’s and lived in New York for three years but left before it made me too hard. I was working for Virgin Megastores, going to auditions. I remember one day walking through Times Square and someone taking a photo who accidentally bumped into me. I was carrying a coffee and remember yelling. I thought, ‘This is not who I am.’ But you had to survive, the experience that it gave me stood with me for the rest of my life. You were fearless, things don’t hit you when you are younger the way they do when you are older. You had stamina and sticking power and I think that is needed for young actors today.”
Tony Morelli’s West Belfast Music Legend award – which Antoinette accepted at the recent Greatest Hits showcase in the Devenish Complex – sits proudly in her home, a testament to her father’s legendary talent.
“I do think there is a film or a series within the play, it’s very filmic. It’s a real story.”
Antoinette told the Andersonstown News that she is researching a new project about Italian immigrants coming to Ireland – “ a huge project that I will be hopefully working with Brassneck Theatre on. This will be my first time performing on the Lyric stage as part of our regional tour since its renovation.
“I’ve put myself there, it’s a huge achievement for me and I’m looking forward to hearing what audiences think.”
Keep Telling Me Lies will be performed at the Lyrice Theatre from April 6 to 12. For ticket details visit www.lyrictheatre.co.uk