EXCLUSIVE: Kieran Wylie's daughter says man behind murder 'a second da to us' 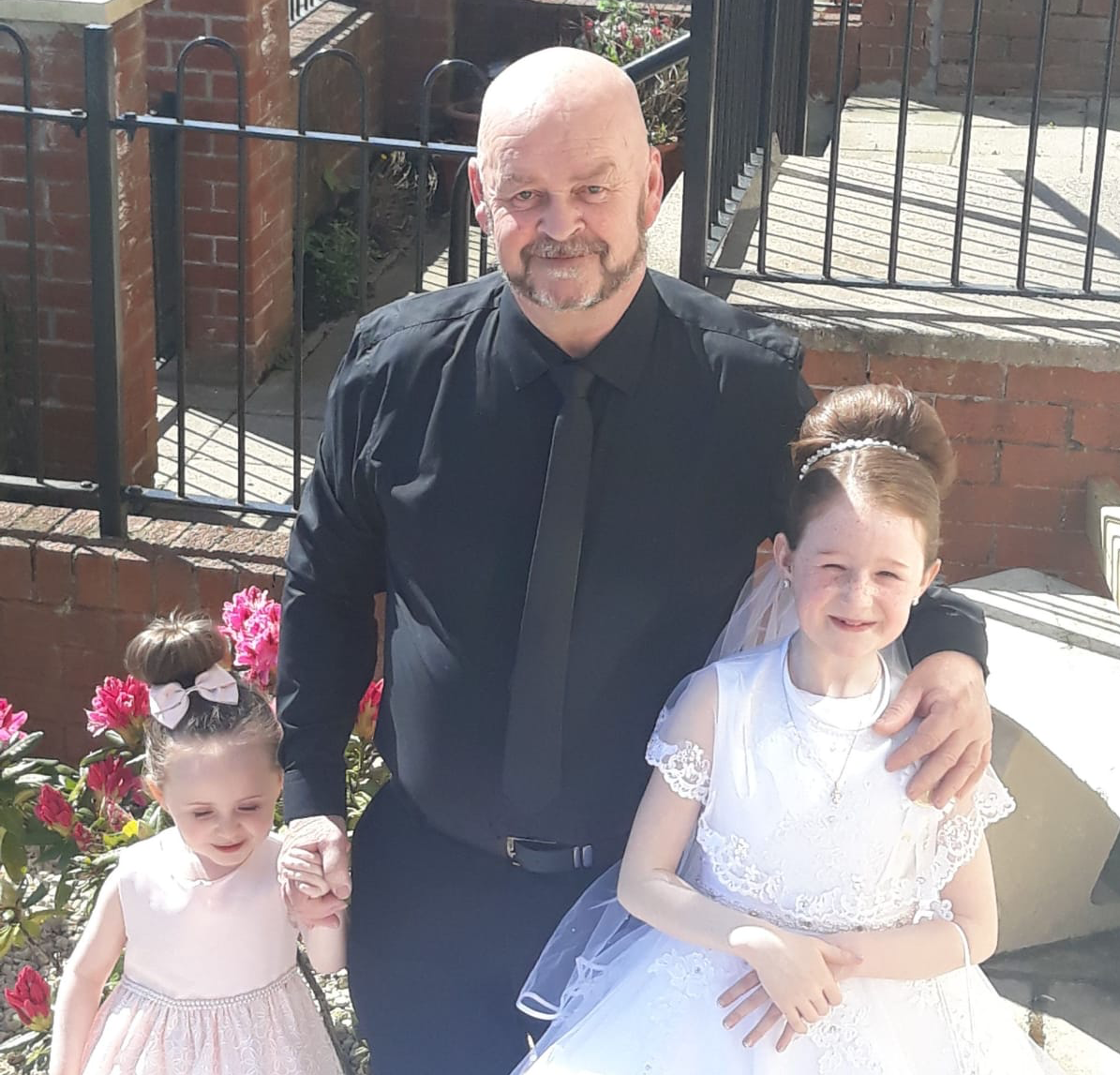 THE daughter of murdered Lenadoon man Kieran Wylie has told the Andersonstown News that his family were close to the man behind the killing – and they once helped out the killer who blasted him to death.

In an extraordinary interview last week in the back garden of the Wylie family home, Kirstie Wylie said the man responsible for her father’s death was known to them as a “second da” and was loved by the victim’s grandchildren. Full story below.

THE distraught daughter of murdered West Belfast man Kieran Wylie has hit pleaded with the community not to believe “the lies” that have been spread about him in the wake of his killing.

The 57-year-old was gunned down after two men entered his Lenadoon Avenue home at around 10pm on May 17.

Since the brutal murder, numerous claims have appeared about the much-loved father-of-three and grandfather.

In an exclusive interview with the Andersonstown News at the family’s Lenadoon Avenue home, daughter Kirsty said: “I want to remind people not to believe everything they read.

“The lies that have been printed about my father are so far from the truth.”

She went on: “My daddy was one of the best men you could have known – a community man, a protector and a loyal friend. Never was he an informer, drug dealer or extortionist.

“To the men responsible for his death, you could not justify killing him so you had to dirty his name. He treated these men like family. I will not mention any names nor will I ever, they know who I am talking to and I am no tout.

“But to the one who we called a second ‘da’, I am disgraced to have let you around my family. You held his grandkids and they loved you.

“You know my daddy was no tout or you would still be in jail, as you stated yourself. Why would he have set you up if he was loyal to you? He was the only one of your mates who looked after your family when you were in jail and I am sure your kids could tell anyone that. And to your kids you should be helping clear his name because you know who he really was.

“To the one who pulled the trigger, he helped you through tough times when no-one else did and I hope you think of us and remember we were nothing but good to you and your family and personally had no reason to murder him. I pray this haunts you until you die. Nothing will bring him back but the least you can do is clear his name.”

Kirsty said her father took great delight in helping other people and she hit out at claims that he lived a “luxury lifestyle” and was involved in drugs.

“My daddy was all about his community and the people around you will tell you anytime they needed help or just someone to talk to, he was there even when he was sick, no matter what time, day or night.

“He saved lives as a number of people told me at his wake and when they offered him money for his help, he turned it all down. All it took was a handshake and he was happy.

“The lies about his ‘luxury lifestyle’ are laughable. We never had much but we were happy. ‘Money can’t buy happiness,’ he used to say. Not that I should have to explain myself but I won money on a scratchcard and I still have the proof. That is what bought his car and the improvements to our home. His so-called friends were aware of the money because they received money to get them back on their feet when they came out of jail.

“As far as the drug allegations go, anyone who really knew him would tell you he was totally against drugs. In the past through community work, we had passed on drugs to the late Fr Matt Wallace and we also destroyed a bag of over 5,000 tablets that were took off the streets.

“He served his community right up until his murder, from working with disabled kids  for 11 years to saving people from suicide. He will be forever missed by the ones who knew him best.

“I would like to thank the community for supporting us and to his real loyal friends for keeping his name alive.

“To the best daddy and friend, I will miss you every day and your girls will make you proud.”