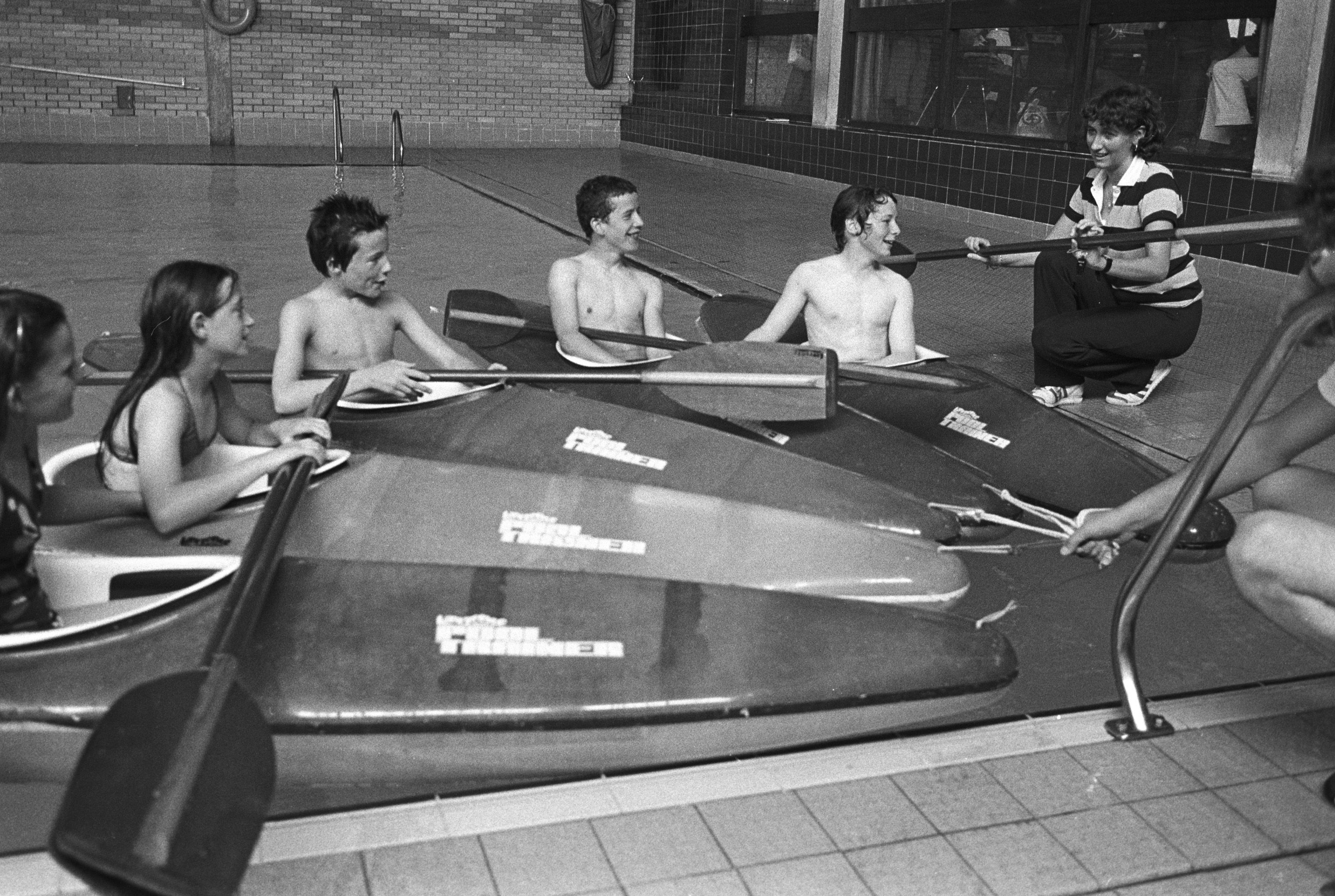 RUC Chief Constable Herman has decided to abandon the ‘softly, softly’ approach in Catholic areas, adopted by his predecessors Newman and Flanagan. This has come to light as an increasing number of incidents of confrontation between local residents and members of the RUC are reported.

Although the RUC man on the beat is still surrounded by large numbers of armed soldiers, two jeep mobile patrols of heavily armed policemen has steadily increased since Herman took over. A corresponding increase in the number of harassment allegations has been reaching the Andersonstown News.

The numbers of shooting incidents involving RUC men has also increased dramatically, starting first of all with the shooting of car stealers, and culminating in the shooting dead of teenager Michael McCartan in the Ormeau Road area last week.

We had a report a few weeks ago of a young boy of 10 years from the Shaws Road area, being abducted in an RUC Land Rover for the alleged offence of ‘shouting’ at the vehicle as it was going past. During the Martin Meehan confrontation we had reports of RUC men repeatedly taunting the rioters with ‘Fenian bastard’ and other obscene remarks. Another serious incident was reported to this office on Tuesday, when a man from Turf Lodge was seriously injured in an incident involving RUC men outside the dole on the Andersonstown Road. He is still in hospital and is expected to be there for some time.

Ever since the publication of the Scarman Report which found that members of the RUC had assisted loyalist extremists to ravage Catholic areas in 1969, the policy had been to win some form of acceptance in these areas. This was to be achieved mainly through the work of the community relations branch which was set up specifically for this purpose and which has been furtively organising school trips, art competitions, etc, while letting the British Army deal with any serious confrontation with the population.

All this has had little effect on the situation, and Herman has bowed to internal pressure and adopted a ‘boot and belt’ policy and let the ‘unruly’ Catholic population know who is boss.

“I CRIED my eyes out with joy. It was the greatest day in my life.”

So sixteen-year-old Deborah Mulvenna of Riverdale Park East told our reporter on Monday, from a fortnight’s visit to Rome, where she had the singular privilege of dancing for Pope John Paul II.

Deborah, who was with two hundred other young people from the Down and Connor Youth Council, met the Pope on Tuesday of last week, from 8pm until 10pm.

“I had hoped to see His Holiness,” said Deborah, “and maybe even speak to him, but I never dreamed we’d have a two-hour private audience, or that I’d get the opportunity of dancing for him.”

Deborah’s trip to Rome was the overall prize she won for designing the winning poster in last March’s anti-vandalism competition, organised among West Belfast primary and secondary school children. She is a pupil at St Louise’s Comprehensive College; and she is also a member of Mrs Voureen O’Connor’s School of Irish Dancing. In fact, it was Mrs O’Connor who suggested that she take her dancing custom with her, just in case she should get the opportunity to dance.

The young people were accompanied by Fr Seán Rogan, Twinbrook and Fr Colm Campbell, St Teresa’s who arranged the Papal audience, and suggested that Deborah dance for the Pope.

Demolition of flats in Turf Lodge

OUTLINE proposals for the redevelopment of flats and maisonettes at Turf Lodge have been approved by the NI Housing Executive. The Executive’s Belfast Regional Controller Mr Billy Cameron said the proposals had been prepared since the Environment Minister, Mr Philip Goodharts statement in September’s 1979 that 260 flats and maisonettes in Turf Lodge were to be demolished.

“We anticipate the redevelopment will proceed in six phases,” said Mr Cameron, “and 93 traditional family-sized houses eventually will replace the flats and maisonettes being demolished in the estate.

“The first phase, the knocking down of T Blocks, has already been completed to allow an access road to the remainders of the redevelopment site. The second phase will involved the rehousing of residents and the demolition of 32 flats in blocks 121, 123, 125 and 127. We then would hope to start work on the first 14 houses on that cleared site in Autumn 1981." 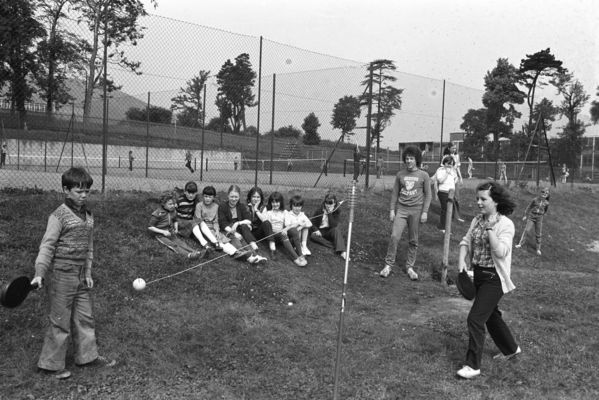 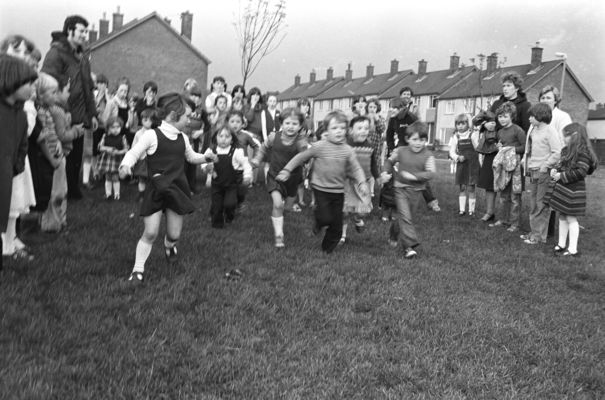 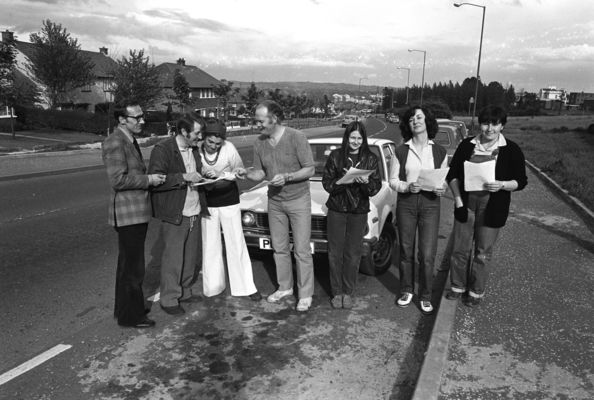