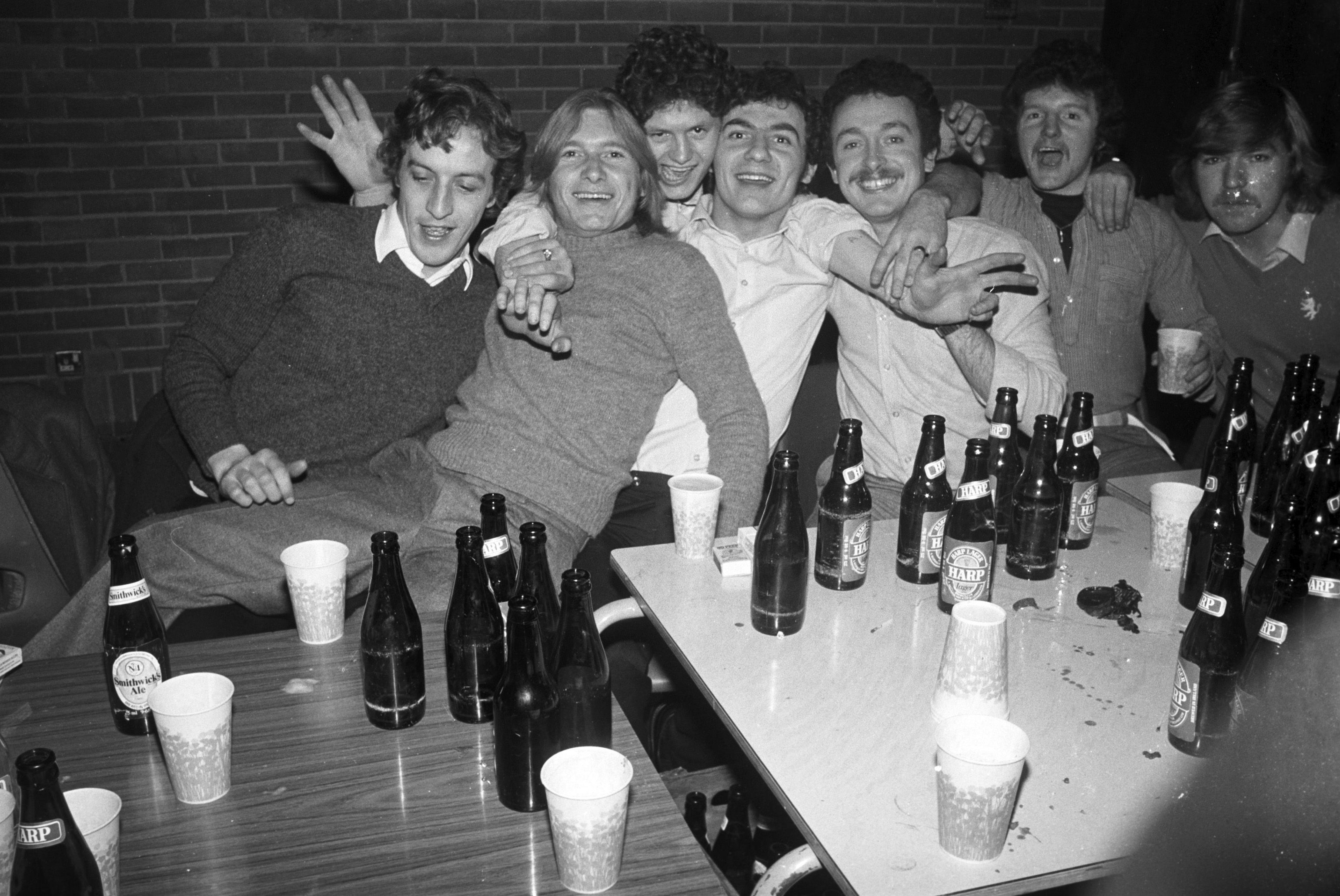 NIGHT OUT: Andersonstown Leisure Centre staff at the Downtown Radio Roadshow at the centre

MRS Bernadette McAliskey has called on all the churchmen and politicians who repeatedly asked the hunger-strikers to end their fast, to come forward and support the demand to have the British Government implement the assurances given to the prisoners at the ending of the hunger-strike.

Mrs McAliskey said it was now obvious that the British Government was reneging on any concessions given to the prisoners, and it was now imperative that the churchmen and politicians speak out, lest people think that they were party to a callous conspiracy to end the hunger-strike by deceit.

In answer to a question about the prisoners having been mistaken in their reading of the assurances given by the British Government, Mrs McAliskey said: “If the prisoners made any mistake, it was the mistake of believing that an Englishman’s word was his bond.

"If the British Government renege on the concessions to the prisoners, then their word will never be accepted again on any issue regarding Ireland. And especially on any political solution.”

Never on a Sunday at Twinbrook

In the course of our investigations into the Lisburn Borough Council’s refusal to provide leisure facilities in Poleglass, we have found out that none of the council’s youth activity centres are open on a Sunday.

“There was never any question of opening our existing centre at Hilden and Knockmore on Sundays, and it has never been discussed,” a council spokesperson told our reporter.

“The Borough Council will decide whether the new Twinbrook Centre will be open on a Sunday – or not – if they are ever asked to discuss the matter.”

He refused to anticipate the council’s decision in the event of such a discussion.

When we contacted some people in Twinbrook about the matter, they were shocked at the possibility of the new Activity Centre not being open on a Sunday.

“This area has been deprived of any leisure or sporting facilities for the past ten years, and if the Lisburn Council members think that we would accept such a ban on Sunday recreation they are sadly mistaken,” was the opinion of one father with four teenage boys.

“The new Activity Centre is an absolute necessity in this area which has a high percentage of teenage children, and I hope the Council will be sensible in this matter, and not try to enforce their own distorted moral value on the people of Twinbrook.”

Nevertheless, people in Twinbrook are worried that the council’s hard line attitude, as manifested in their opposition to Poleglass, may well lead to a “never on a Sunday” issue in Twinbrook.

WE don’t know, as yet, whether or not the Armagh and Long Kesh protest will be ended soon, but it seems that a spirit of tolerance and humanity on Britain’s part can ease the situation.

It is to be hoped that that will happen. It is in Britain’s interest to end the protest, and no one knows it better than the British Government. In the meantime the National H-Block Committee has asked people to be prepared to organise and demonstrate.

Any concessions that the British made, were wrung from them by the courage and determination of the protestors, particularly the hunger-strikers; and by the massive support shown all over Ireland. It is important that we understand what that support means. It wasn’t just for political status, even though such status is the just and undeniable right of the prisoners. People who fight for their country, against their country’s enemies, are not criminals – that is the truth.

But the thousands who came out on the streets were demonstrating also against all that is bad in our country – unjust laws, social and economic injustice, corrupt politicians and police – in a word – British rule.

The Irish people know, instinctively, who their enemy is; and they aren’t fooled by twelve years of ‘reforms’, community relations exercises, secretaries of state, of a few hundred extra Catholics in the Civil Service. We are a disenfranchised people; and we know, as the late 60’s civil righters (those of them who didn’t know already), that the Six County ‘State’ can’t be reformed – it has to be done away with.

Over the years this paper has called for the formation of a mass movement, unhampered by party political labels and allegiences, to work for full democratic rights for all the Irish people. Britain, as ever, stands in the way of those rights.

We aren’t represented, and won’t be, until Britain gets out of the way. This is the view of the great majority of our people, expressed again and again. It is imperative that the support for this ideal be harnessed and put to effective use to bring about British withdrawal and the unification of the Irish people; because this way only lies peace and stability for our country.

The unionist minority say that they don’t accept that – and we aren’t going to convince them by pretending that it isn’t so, and pandering to their every indensible prejudice, as Britain and some Dublin politicians do.

It is in the unionists’ interests, social, political, and, as is becoming ever more obvious, economic, to join with the rest of us in building the new Ireland.

Even the British admit that much in private. Why should we deny it?