EYE ON THE PAST: – October '81: Hunger strike comes to an end, support for prisoners remains 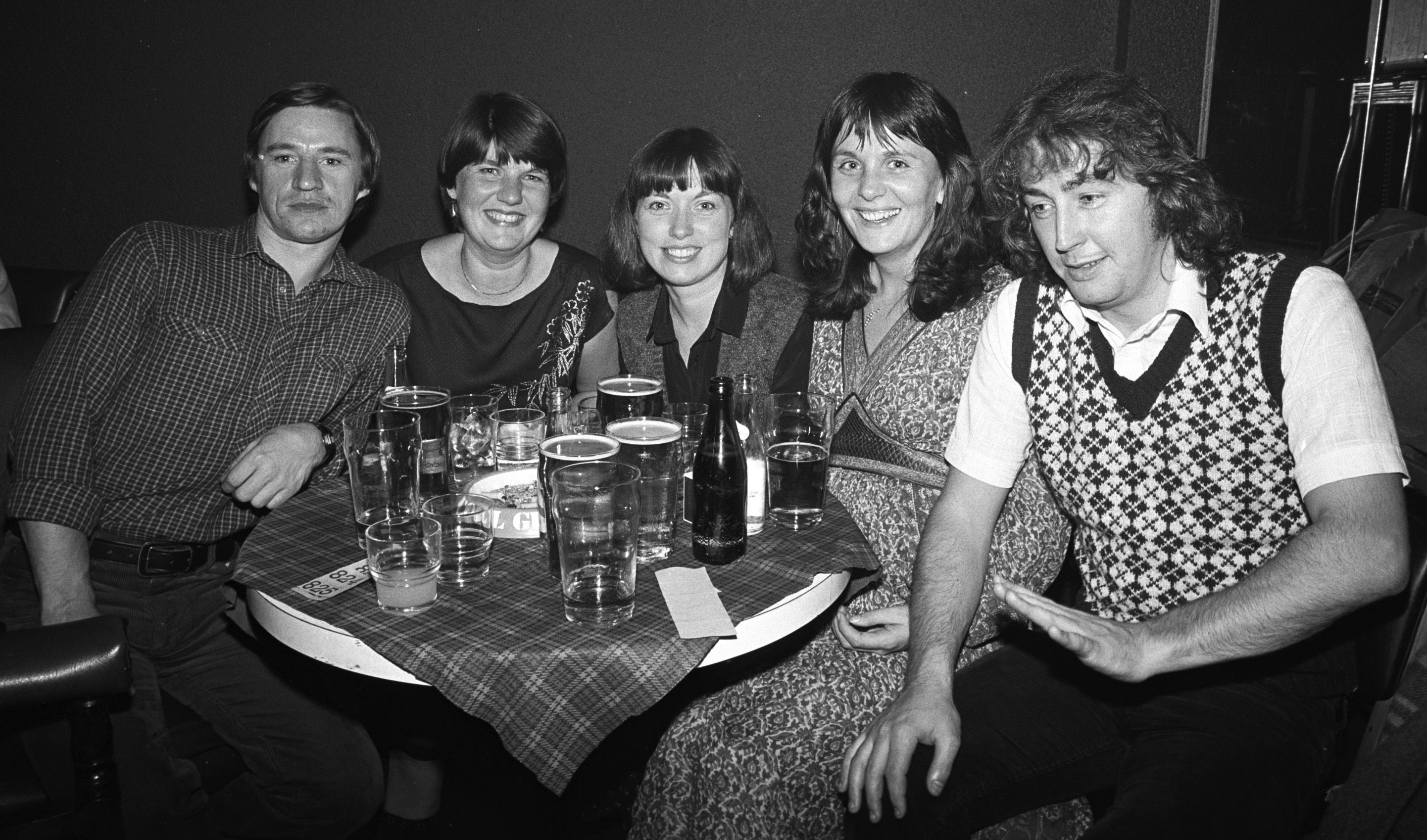 Gerry and Margaret McNulty, Bernadette McParland, Pat Toner and Frankie Caldwell at the Teachers against H-Block/Armagh function in the Kerri Inn

THROUGH all the sighs of relief, both real and tongue-in-cheek, that have followed the ending of the Long Kesh hunger strike, the note being stressed by observers and particularly by British Government spokesmen is, that the way is now open to solve the prison problem and to implement reforms.

In case anyone should be taken in by all the talk and perhaps get the impression that somehow the prisoners’ action was holding back a solution already decided upon, we would like to remind readers of some of the facts concerning the hunger strike and the events leading up to it.

The prison protest began over five years ago in 1976, following a decision by a British Labour government to remove special category status agreed between the prisoners and a previous government. The 1976 decision was unilateral and clearly political. The prisoners were special category (POW or political) because Britain was fighting a war with the organisation to which the prisoners belonged. Britain was embarrassed internationally to be seen to be fighting a war within an area which she regarded as part of the United Kingdom. Hence the decision that all prisoners in the Six Counties were criminals; although over four hundred of them, convicted before March 1976 for the same type of “crime” still retained special category status.

The prisoners’ first action was to refuse to wear prison clothes and they were given blankets to wear instead. And so began the blanket protest.
Because they were forced to go naked to slop out and wash and subjected to the most vile inhuman treatment in the process, they had no choice but to embark on the no-wash protest.

The prisoners’ first action was to refuse to wear prison clothes and they were given blankets to wear instead. And so began the blanket protest.
Because they were forced to go naked to slop out and wash and subjected to the most vile inhuman treatment in the process, they had no choice but to embark on the no-wash protest.

After enduring over four years of the worst conditions imaginable, they decided to go on hunger strike for their just demands.

Forced to come to terms, the British government agreed with the prisoners on a programme of changes which ended the hunger strike in December 1980; but Britain forced another hunger strike by reneging almost immediately on the agreement reached. The attitude of the prison authorities at the time provided ample proof that no meaningful changes had ever been envisaged.

Bobby Sands began his hunger stike on March 1st this year, and was allowed to die even though the peoples’ support for his stand was demonstrated, clearly and often, in the meantimes. Nine other prisoners have died since.

Britain had over five years to solve the prison problem but made not the slightest effort to do so. Britain, and not the prisoners, held back a solution and this community has suffered, both inside and outside the prisons, because Britain preferred to play politics rather than show any regard for human dignity or human life. It shows a criminal irresponsibility on the part of the British government and normal reasonable people will regard it as a crime against basic justice that they should be allowed to get off with it.

The hunger strike and deaths have forced Britain to suggest a number of changes which may or may not be acceptable to the prisoners. But whether or not they are, the prison regime remains viciously Paisleyite. The same people who enforced the British government’s 1976 decision and added their own “Ulster refinements” to it, are still in charge. And who controls them?

Let us hope that the prisoners can now have something resembling their just demands. They’re entitled to that and God knows they’ve certainly earned it. But can we expect justice to be done by a regime, in government and in prison, who have consistently shown their unwillingness to do justice?

Remember this: it was the men and women who held forth about Irish unity last week in Brighton who brought about the last five years of hell in the H-Blocks and caused the deaths of many people, including ten prisoners. The only real solution to the prison problem will be found in the overall solution of Ireland’s ‘British’ trouble.

A NUMBER of H-Block activists will be meeting this weekend to discuss the formation of a new prison campaign aimed at ending the Paisleyite control of the prison system.

Many H-Block campaigners feel that the sectarian and bigoted attitude of the prison authorities, from governors to warders, has contributed in no small measure to the holocaust in Long Kesh which claimed ten lives inside the prison, and dozens outside.

“A lot of us feel that this part of the prison problen has not received enough publicity,” said a spokesman “and we aim to do something about it.”

“Let us not forget that although it was the English government which started the blanket protest by removing political status, it was the prison regime itself which was responsible for the ’no-wash’ protest, by its bigoted, brutal and often indecent treatment of the protesting prisoners” he continued. “It was this treatment more than anything else, which led to the hunger srike, and the deaths that followed.

Let us not forget that although it was the English government which started the blanket protest by removing political status, it was the prison regime itself which was responsible for the ’no-wash’ protest, by its bigoted, brutal and often indecent treatment of the protesting prisoners. It was this treatment more than anything else, which led to the hunger strike, and the deaths that followed.

“People should remember that although the English government has announced some so-called concessions, the prison regime remains the same, and is in a position to frustrate their implementation as they did after the first hunger strike.”

Our Social Correspondent writes: “The Catholic chaplains in Long Kesh and Armagh, have often spoken of the sectarian make-up of the prison regime. Paisleyism is rampant and the hatred of the Catholic religion, as well as the political outlook professed by the majority of republican prisoners, manifests itself in the taunts and jibes which have often led to violence in the prison.

“Some of them are of the opinion that the prison authorities themselves were responsible for not implementing the concessions made after the first hunger strike, and feel that until the problem of sectarianism in the prison is confronted, little peace can be expected.