Fascinating insight into the Irish who joined British Army 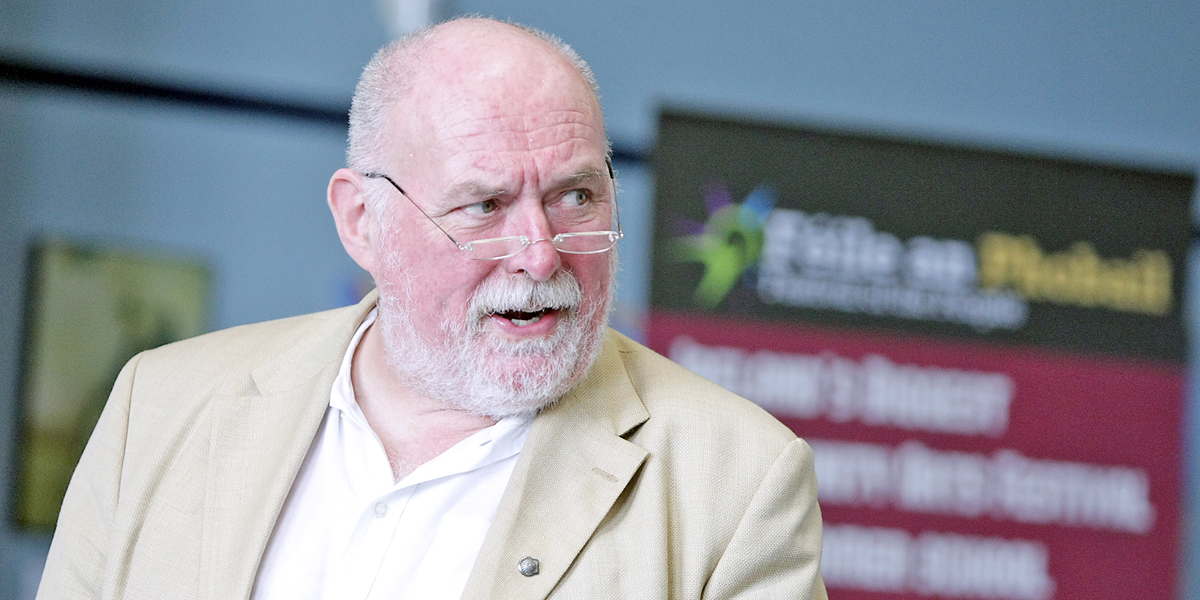 The first of 35 talks and debates at Féile this year, Migrants in Red Coats certainly threw up a myriad  of interesting facts and statistics.

It may make for uncomfortable reading but the Irish have always been over-represented in the British Army, to such an extent that in the early 19th century up to 40 per cent of the army were Irish.

Considering the population of Ireland in comparison to England – and not forgetting Ireland’s at times bloody history with Britain – how is it possible that such huge numbers joined the Red Coats during the 1800s? Those questions and more were answered by historian and author John Lynch at St Mary’s University College.

Nineteenth century Britain was much different from 19th century Ireland. Overcrowded cities and industrialization left the English male unhealthy and physically broken. By comparison the more rural Ireland was producing strong men who were suited to the army and as a result recruiting sergeants were sent here to swell the units of the British Army.

Between 1830-1878 on average the Irish made up 28 per cent of the army. And this was an army that was not well regarded by Victorian society. The aristocracy was suspicious of it because it had placed rifles in the hands of the lower orders, while the working class hated it because it was used to break-up strikes and public meetings.

During this time 7½ per cent of officers in the British army were Irish, however, this was mainly confined to ascendancy families.

So why did Irishmen join? For many, there was simply nothing else to do. If you were from the ascendancy landowning families and were not the first born, then you weren’t inheriting the family estate. The only other alternative was the Church. Gentlemen did not go into manufacturing.

For the enlisted men it was different. With a shortage of work around, when you walked into a barracks and signed up you were given clothes and three meals a day. Even if this meant, as happened in many cases, they were ostracized by their family.

Irish soldiers did not serve in Ireland. When you enlisted it was akin to emigration. Soldiers signed up for 21 years and were shipped off to India or West Africa and if disease didn’t get you, the war did. An incredible 75 per cent of men who were sent to West Africa in the first half of the 19th century were killed by disease alone. Others died in campaigns that none of us would know of today. During Queen Victoria’s 63-year reign, there were only four years when the British Army wasn’t fighting one campaign or other. A third of those who died were Irish.

During the 1850s and 1860s there was no recruitment in Belfast due to the health of the population. Dublin, on the other hand, was recruiting three times as much as could be allocated with the surplus being sent to other British regiments. Leinster is also recruiting heavily, but Ulster can’t meet their recruitment targets.

The Irish were also over represented when it came to soldiers’ wives. In 1871 33.7 per cent of soldiers wives were Irish. Wives and children went on campaigns and succumbed to the same diseases as the soldiers.

As the century progresses the character of the Irish recruits is similar to those the army was picking up in England and the Irish numbers in the British Army also starts to decline, mainly due to the famine.

Having said that there were 30,000 Irish troops in the Boer War and 3,000 Irish dead. Because of that sacrifice Queen Victoria and the British government finally believe that they could trust the Irish and granted Irish soldiers the “privilege” of wearing shamrock on St Patrick’s Day. A new regiment was also formed: The Irish Guards.

John Lynch says there would not have been a British Army during Victorian times without the Irish. However, answering questions at the end he may have planted the seed for a future talk at next year’s Féile.

For two hundred years the Irish who fought in the Irish Brigade in the Spanish Army from the 1600s until the Napoleonic Wars, were on full pay just like their Spanish counterparts. The Irish were the only foreigners in the Spanish forces to be paid the same as the Spanish.

Why? The Spanish didn’t see the Irish as foreigners. They believed that the Irish were in fact Spanish because Ireland was settled from Spain. Now that would be some story.