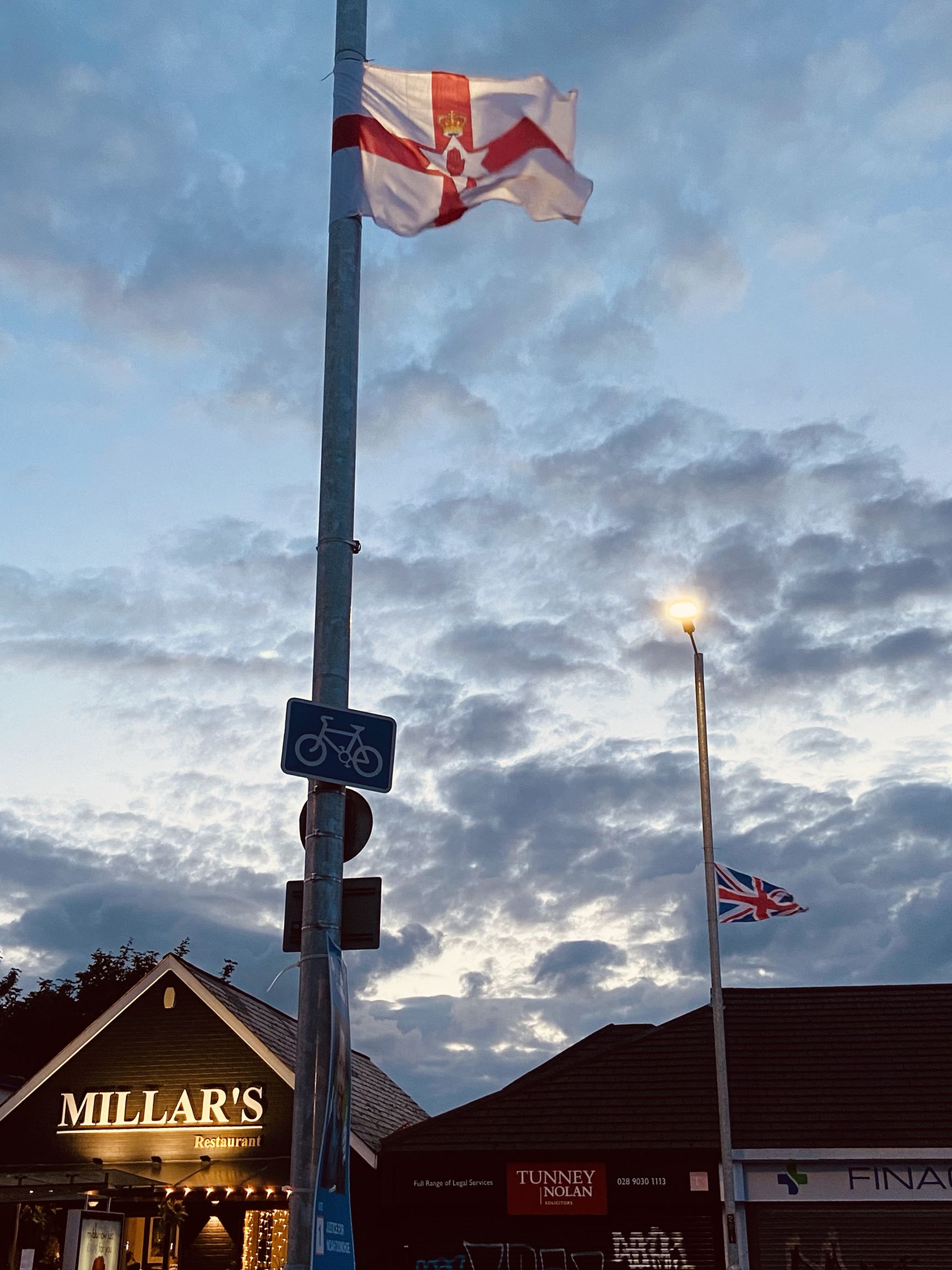 COMMUNITIES Minister Dierdre Hargey has called for a meeting between the PSNI and local Sinn Féin councillors due to a rise in complaints over the erection of flags across South Belfast.

There have been particular concerns over the impact that the erection of flags ahead of the 12 July celebrations along Finaghy Crossroads will have on businesses in the area and residents say they feel that the flags are being used to harass and intimidate the increasingly diverse population.

Speaking to the Andersonstown News, Balmoral Councillor Geraldine McAteer said: “I have been contacted by a number of constituents from the Finaghy area who are very upset and frustrated by the perennial problem of large Union Jack and Ulster flags flying in and around Finaghy Crossroads and along Finaghy Road South.

"They feel that flags are being used to mark out territory, to harass and intimidate for long periods during the year.”

One resident who did not wish to be named described it as “a very depressing state of affairs".

“I'd a visitor stay with me over the weekend and the further erection of flags at the crossroads was to her a very clear message of triumphalism and intimidation,” the resident said.

“It's hard to explain to people visiting that this doesn't mean an area isn't safe or welcoming. For her, it has totally put her off the place.”

Cllr McAteer added that this is typical of how those living in the area feel.

“Most of them wish to remain anonymous, as they feel they might be intimidated if they speak up in public,” she continued.

“The constituents who contact me are very often young people with families who have moved into the area because it is a mixed area and such a lovely district, only to find these unwanted flags are foisted on them.

“I would ask people to contact the PSNI, make a complaint and ask for their removal.  They can do this by calling 101 or making a report online at psni.police.uk.

“This is happening across South Belfast and both Cllr John Gormley and Deirdre Hargey MLA are receiving similar complaints from residents.

"Deirdre Hargey has asked the PSNI for a meeting for herself and Sinn Féin councillors, to discuss the actions needed to be taken with the flags. We are expecting this meeting to take place as soon as possible.”