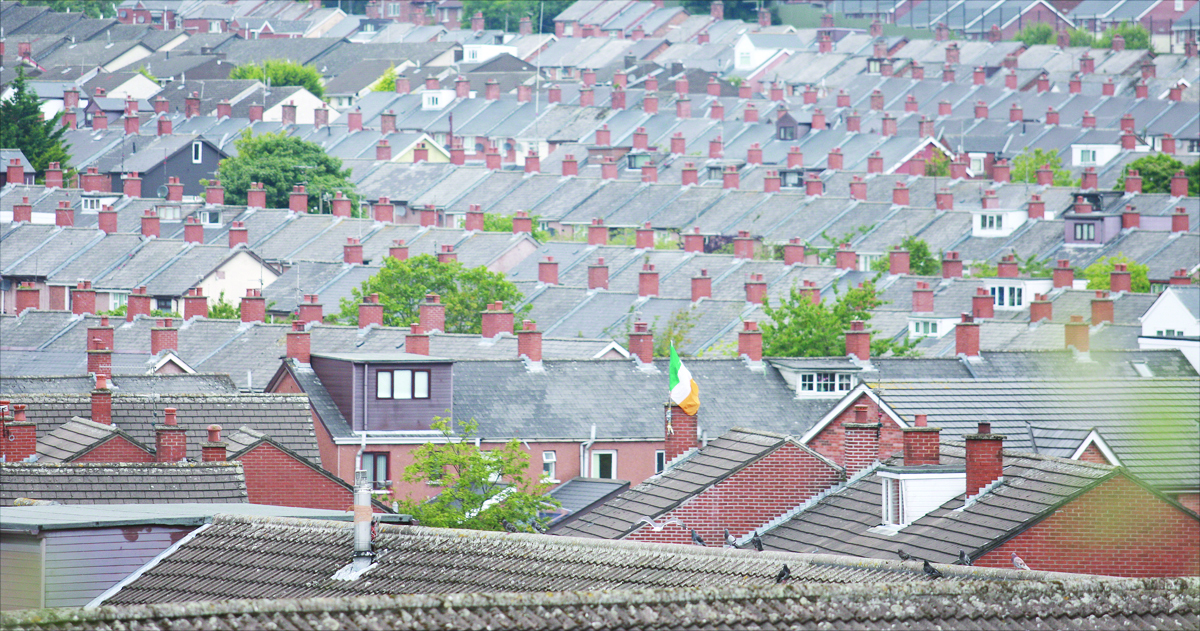 COMMUNITIES Minister Deirdre Hargey has admitted there is inequality in social housing in North Belfast – the first time since the 1998 Good Friday Agreement that an Executive minister in the north has admitted what’s been known on the ground for years.
Her comments came after figures released this week revealed the need for social housing in Catholic areas of North Belfast is 26 times greater than in Protestant areas.
The figures, released by the Housing Executive, revealed 96 per cent of social housing in 2018/19 was in Catholic areas.
The DUP has for years fought shy of admitting that an imbalance exists in North Belfast, while working behind the scenes to block social housing development in interface areas.
But in ‘North Belfast One’, which is made up of predominantly Catholic areas such as Ardoyne and Carrick Hill, there was an average need of 1,041 homes in 2018/19.
In contrast, ‘North Belfast Two’, which includes mainly Protestant areas such as Mount Vernon and White City, there was an average need of just 40 homes over the same period.
The figure has rocketed by 51 per cent since 2015/16 when the investigative website The Detail revealed that 690 homes were required in Catholic areas.
Communities Minister Deirdre Hargey said she was “very concerned” by the housing inequalities highlighted by the figures.
“I will be writing to NIHE urgently seeking explanation and to ensure that there is no repeat of such practices,” she said.
Elfie Seymour, a housing rights activist who works for lobby group Participation and the Practice of Rights (PPR), said Ms Hargey’s comments were unprecedented.
“It’s frustrating that we’re even talking about housing in terms of religious groups, we should be allocating housing on the basis of need, not in a way that reduces society to a sectarian headcount.
“I think that the state needs to take responsibility for this. Until we accept there is a problem, there is never going to be a solution.”
Oldpark SDLP councillor and the party’s homelessness spokesperson, Paul McCusker, described the figures as “worrying”.
“According to figures from the Housing Executive, there is a chronic need for more social housing in North Belfast,” he added.
“While housing should absolutely be allocated based on objective need, it is clear that stark disparities exist in predominantly nationalist areas, like the ones I represent in Ardoyne and Carrick Hill.
“The area known as North Belfast One showed an average need of 1,041 houses in 2018/19, a steady increase since 2015/16 when 690 homes were required. Just 60% of the 561 housing allocations in North Belfast in 2018/19 were in NB1 while 40% were in NB2, despite the differing levels of requirement for social housing between both areas.
“These figures are worrying but unfortunately are not surprising to many of us in North Belfast, who have been aware for some time of the difficulties. Behind these figures are families who have been waiting, many for years and in inadequate conditions, to get a house and build a home. They should not have to wait any longer.
“I welcome the frank statement from Minister Hargey, who shares my concern at the inequalities highlighted. I hope she will make it a priority to redress this stark imbalance.”
A spokesperson for the Housing Executive said: “We will be reviewing current record-keeping practice in light of the Minister’s comments and officials will engage with the DfC about this issue.”