Funeral: Family say Fionntán 'gave so much to the world' 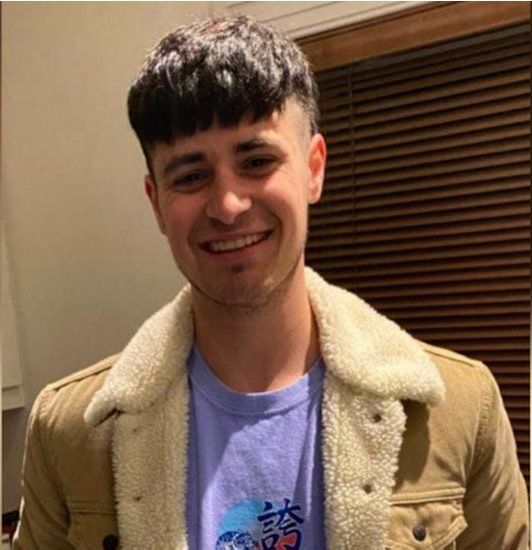 THE funeral of Belfast teenager Fionntán McGarvey has taken place this afternoon.

The 18-year-old passed away in hospital on Thursday from injuries sustained in an attack near a licensed premises in the Finaghy Road North in the early hours of December 27.

Mr McGarvey was a talented Gaelic football and soccer player, who represented both St Brigid's GAC and Aquinas FC.

In his homily, Fr Edward O'Donnell likened Fionntán to "a falling star" which, for a moment "holds our attention then is gone".

"For too short a while he lit our sky with his big smile, his love and his friendship, with his talent and sportmanship," he said.

"Today we feel bereft now that the start has fallen. Yet, is it not true to say that we have been enriched by knowing him as a son, as a brother, as a friend, as a teammate?"

Addressing the young mourners who filled St Brigid's Church he said: "Friendship is a wonderful facet of love. Fionntán was your friend. That friendship, in your youthful enthusiasm for life, you took for granted, and rightly so. But as the poet once observed, love knows not its own depth until the hour of separation."

The school community in Rathmore is deeply saddened to learn of the tragic and unexpected death of our former pupil Fionntan McGarvey.
Fionntan was an excellent and very popular student who participated fully in school life especially enjoying Gaelic sports and soccer. pic.twitter.com/UuAwCNAZds

In a statement, read out on their behalf, Fionntán's parents and siblings said: "We thank you for being here today to celebrate the beautiful life of Fionntán. He was such a precious child. A beautiful boy who became a remarkable young man. Our hearts are just broken.

"We are so grateful for your messages of love and support. Fionntán's funeral Mass has given us such comfort today and it will give us the strength we need to move forward."

The family thanked the nurses, doctors and staff at at the Royal Victoria Hospital's Neurosurgical Care Unit and Regional Intensive Care Unit, "who cared for Fionntán with such expertise, dignity and compassion".

"Their tender care gave our family such enormous consolation at such a terribly difficult time," the family said.

"Finally, we will be forever grateful to the Northern Ireland Organ Donation Services Team, and everyone who helped to realise Fionntán's wishes to be an organ donor.

It is with profound sadness that we learned this morning of the passing of Fionntan McGarvey, one of our Fresher players. We pass our heartfelt condolences and prayers to Fionntan’s friends, team mates, and his family at this most difficult time.
Ar dheis Dé go raibh a anam. pic.twitter.com/jmXZarnAEQ

"The brass plaque on Fionntán's coffin before us today bears the inscription, in Irish, 'mól an óige', which is the club motto of his and our beloved St Brigid's – praise the youth and they will flourish. Therefore, we say to parents, teachers and coaches everywhere: keep your children and young people close to you, but at the same time give them space to flourish. Continue to teach and educate them, but also listen to them and learn from them. Most of all encourage them at every opportunity, because they have so much to give to the world. Fionntán gave so much to the world.

"To Fionntán's many friends we say, do not despair and please do not give up. We know that he touched your lives and you know that he loved you all. Fionntán will always be with us in our hearts and in our minds. He will be forever young. All we ask of you today is that you move forward with your lives, and tell everyone close to you that you knew a beautiful boy called Fionntán."

Fionntán was the beloved son of Lorcan and Aveen, brother of Caolan, Daire and Sorcha, grandson of Harry and Joan Goodman, Mona and the late John McGarvey.