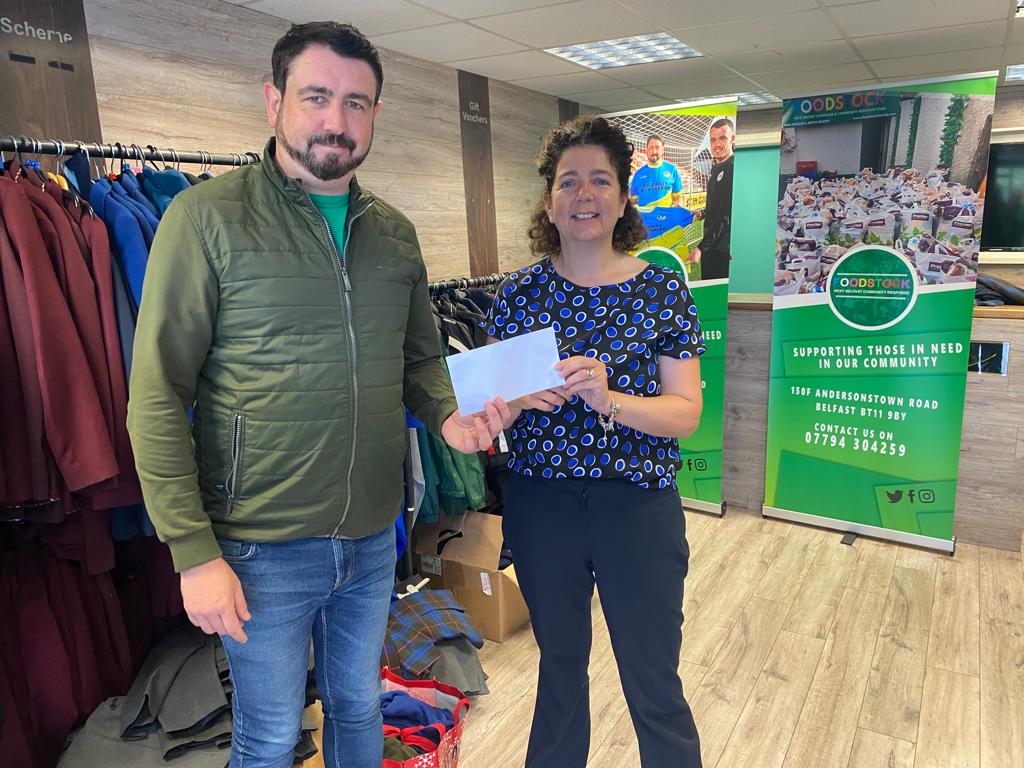 A WEST Belfast school uniform bank – set up to help families struggling during the cost of living crisis to access pre-loved uniforms – has welcomed a donation from a local woman after she won a prize from an Andersonstown Credit Union.

Anne Derby, a member of SAG Credit Union, won one of five £190 vouchers for Truly Fare-Cahill’s in SAG’s Back to School competition for members, to help with the purchase of school uniforms.

The credit union was eager to help parents worried with rising costs as the new school term approaches.

Sheena Joyce, manager of SAG Credit Union, said: “Anne was delighted to win the voucher but she wanted someone in need to get the benefit and was delighted to make the donation to Foodstock uniform hub.”

Paul Doherty from Foodstock, who set up the uniform bank for people to donate school uniforms, was touched by Anne’s generosity and passed on Foodstock’s appreciation.

“We have been impressed by the generosity of all the people of Andersonstown,” he said.