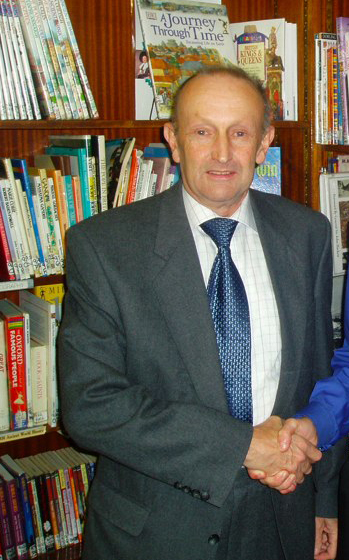 TRIBUTES have been paid to former De La Salle teacher and Coolnasilla man Jimmy Flynn, who passed away this week.
The popular Science teacher specialised in Physics in the West Belfast secondary school over many years. Speaking to the Andersonstown News, De La Salle History teacher John McManus said Mr Flynn will be sadly missed.
“Jimmy worked in the school for thirty years. He started off in 1975 through to 2005. He was the curriculum VP when he retired. Even after retirement he came back to the school to help teach A-Level Physics, that was the level of commitment he had.
“Jimmy was a huge character. When I started in the school in the late 90’s he was the teacher that I looked up to. We all looked to him for leadership.”
Mr Flynn battled illness for twenty years but John says he never let it stop him.
John said: “We had an old gym here and when Jimmy came back from being ill he could be found there most mornings on the treadmill in his mutton dummies, he was determined to get back to work and get himself well and beat the illness.
“The fact he battled for as long as he did was a real testament to the man. He was very forthright, he wasn’t afraid to speak his mind, he was massively committed to the school.
“Outside of the school he was a huge Rossa man and was very heavily involved in handball, those were his passions. His passion was also for the area and the kids in the area and that manifested itself in the work he did within the school and with Rossa.”
He continued: “The admiration I and others had for him was just enormous. He loved the school and the area but first and foremost he was a massive family man. How he dealt with his illness and the commitment he had to staying within the school was second to none.
“He was just a lovely man.”
Jimmy Flynn’s funeral will take place today (Thursday) after 10am Requiem Mass in St Matthias Church, followed by burial at Milltown Cemetery.