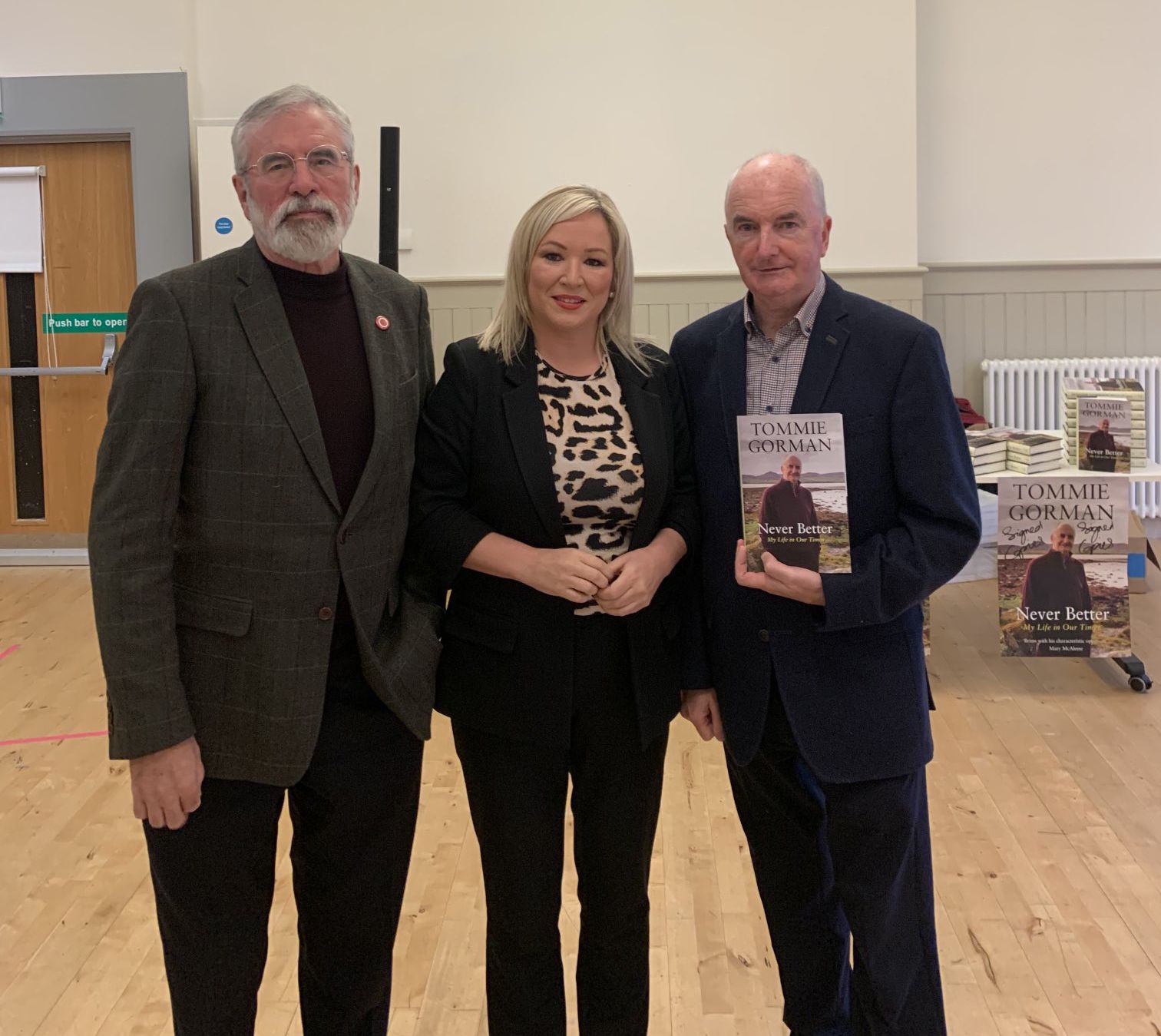 IF you had landed in the Crescent Arts Centre on Wednesday night and had not known what was happening, you would have been forgiven for assuming that a high-level politician was giving a speech or launching a major policy.

As RTÉ's Vincent Kearney, the MC for evening intimated, you would not have been surprised if Joe Biden himself had been in attendance.

Michelle O’Neill and Arlene Foster’s very warm and personal introductions gave the audience – which included Gerry Adams and Alasdair McDonnell as well as Peter and Iris Robinson – an insight into a person who is both a skilled journalist and a genuinely nice man.

Tommie Gorman's autobiograhy 'Never Better – My Life in Our Times' deals with not only his 20 years as northern correspondent for RTÉ but begins with a description of Irish family life in 1960s Sligo with aunts, uncles and grannies spread around Ireland and abroad. It is this familial description and background which will resonate with many readers and immediately makes you feel that you know the man who was a familiar presence in our living rooms via the national broadcaster for many years, describing major political events here and abroad.

Tommie's talk was unsurprisingly personal, and due to the location of the book launch, he touched upon the many people who he had met along the way when he lived in North Parade, off the Ormeau Road.

From his first journalism job in the Western Journal, to RTÉ Brussels correspondent, and that interview with Roy Keane; it's all here.

Anyone interested in Irish political events or with a desire to simply learn about Irish life in the latter half of the 20th Century will love this book and get an insight into – as the title suggests – life in our times.

Never Better – My Life in Our Times by Tommie Gorman is published by Allen & Unwin, priced £20.