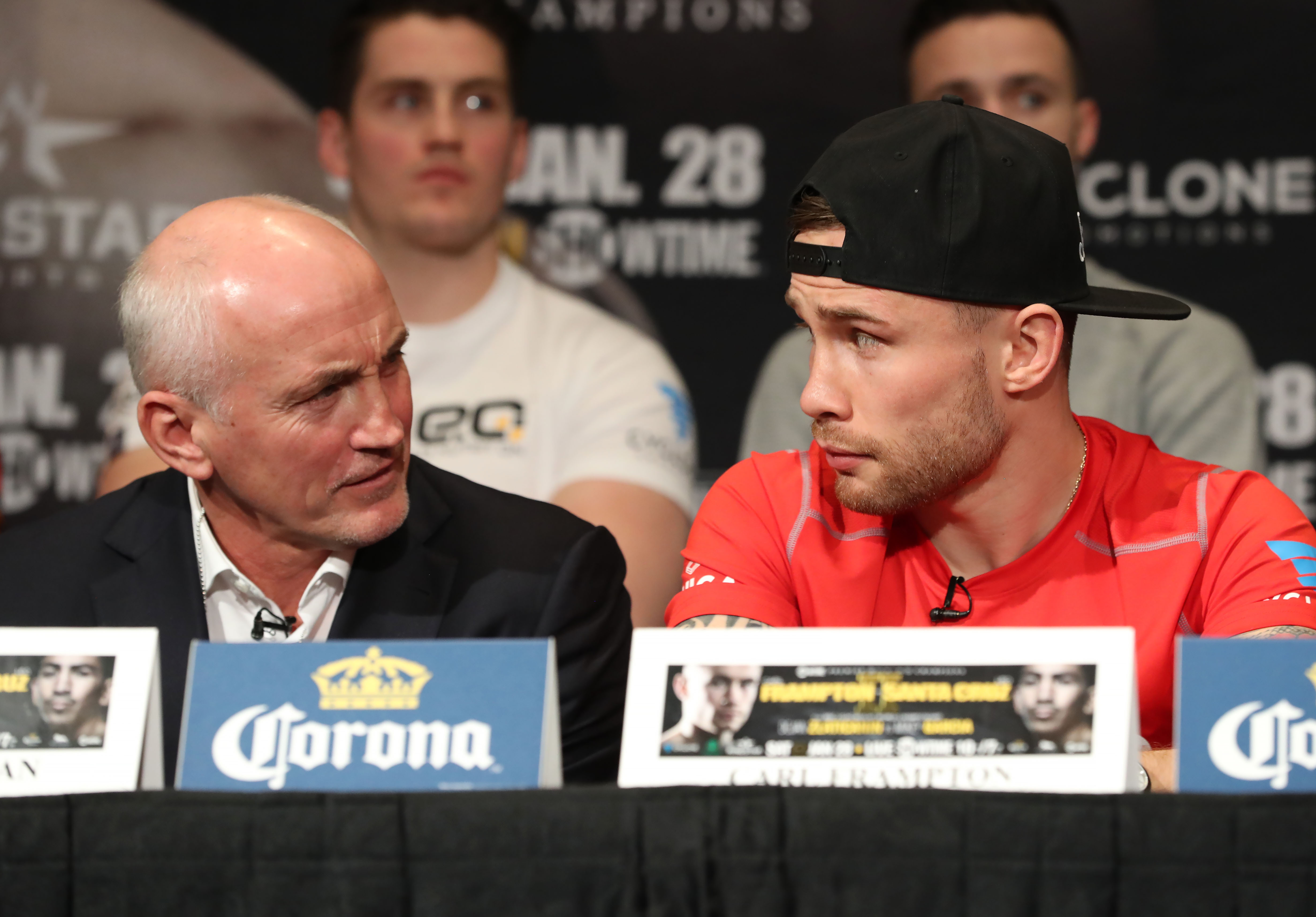 BARRY McGuigan pulls out his phone and shows a picture of him and Carl Frampton. The pair have been snapped together a million and one times, but this is no ordinary photo. It's from the night at the National Stadium back in 2007 when he first spotted Frampton boxing at the EU Championships and identified a special quality in the North Belfast man that has ultimately led them to the MGM Grand in Las Vegas for tomorrow night's WBA featherweight title rematch with Leo Santa Cruz.
There are so many sub-plots to tomorrow's featherweight dust-up given Frampton defends the same belt his mentor held and then ultimately lost to a man names Cruz in Las Vegas back in 1986.
'The Jackal' enjoys the same fervent support McGuigan had back in his heyday and McGuigan says it's their humble approach that has helped them win so many fans who have been making themselves heard on the Vegas Strip all week.
"Headlining at the MGM is special," agreed McGuigan who passionately spoke of the bond he and Frampton share.
"Things come and go and it's lovely, but in a couple of years we won't have that. I don't want to sound like a killjoy, but we are humble people.
"This is all wonderful, but we haven't forgotten where we come from. We are both working class kids.
"He is a nice guy. I preach to all my guys that humility beats arrogance every day and twice on a Sunday. Don't be arrogant. You can't be confident, but don't be cocky. The world is full of that and we are sick of it, you don't need it. "That's why he is such a popular guy and he is going to go that way (up) as far as popularity is concerned."
Moving up in the boxing world is the main aim this weekend for Frampton who headlines on the biggest stage of them all.
His performance and victory over Santa Cruz back in July last year has helped him tap into the American boxing community who are now well aware of the talented North Belfast man. Repeating this at the MGM Grand will drive his career onto dizzying new heights and McGuigan says these are the nights that will help cement Frampton's legacy and future.
"This is the start of it. It's all about rungs on the ladder and this is only his 24th fight. I don't plan for him to have a long career as I want him to be lucid when he's 65 years old. I want him to be very wealthy and have a great life. I would want him to be still involved with me and for the two of us to be still involved in boxing," he said.
"We want the fans to have a great time and we want to do the rollercoaster with them. We won the world title in front of 16,000 fans at the Titanic, we defended it there (Belfast) and then went to Texas that wasn't an altogether great experience because of a couple of different things, but we're back here now.
"All the naysayers and haters said we aren't good on the road, but we proved in Manchester and in Brooklyn that we are. We're not being bumptious, but we really believe Carl is getting better. This will be a ridiculously hard fight on Saturday, but Carl is ready for it. He loves pressure, thrives on it. To have that facility is very special."