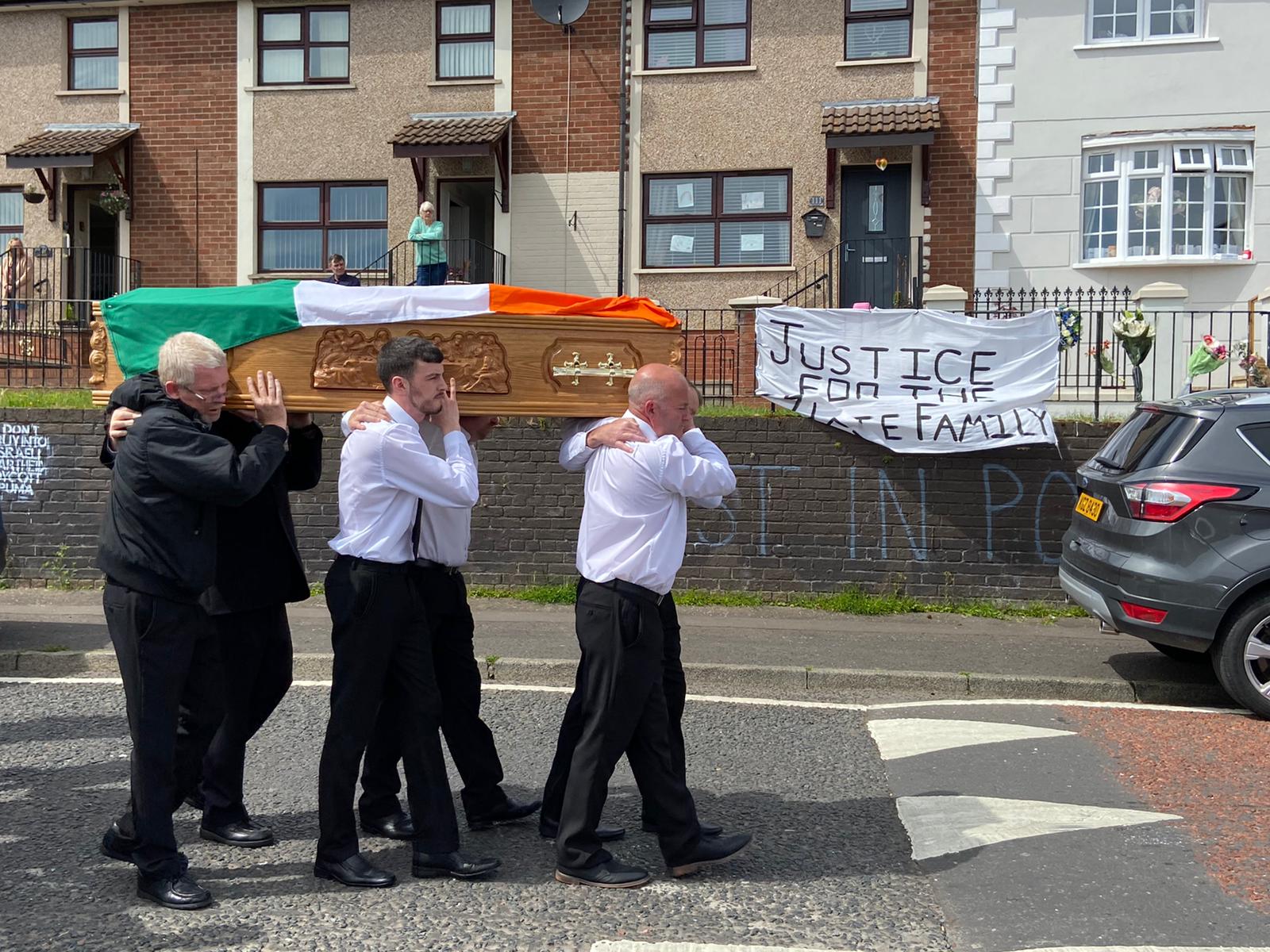 FINAL JOURNEY: The coffin of Kieran Wylie is carried past his home

Up to 300 people gathered in Lenadoon this afternoon for the funeral of Kieran Wylie who had been gunned down at his home eight days previously.

In line with Covid restrictions, there was no funeral mass. However, prayers were said by a priest outside the 57-year-old grandfather's home before the coffin, draped in the Tricolour, was carried by mourners a short distance.

A handmade banner bearing the words 'Justice for the Wylie Family' was attached to railings outside his Lenadoon Avenue home.

Two of Mr Wylie's daughters were at home when the attack took place around 10pm on Sunday 17 May. Police and have called for anyone with information about the murder to contact them.