Funeral to take place this morning for Noah Donohoe 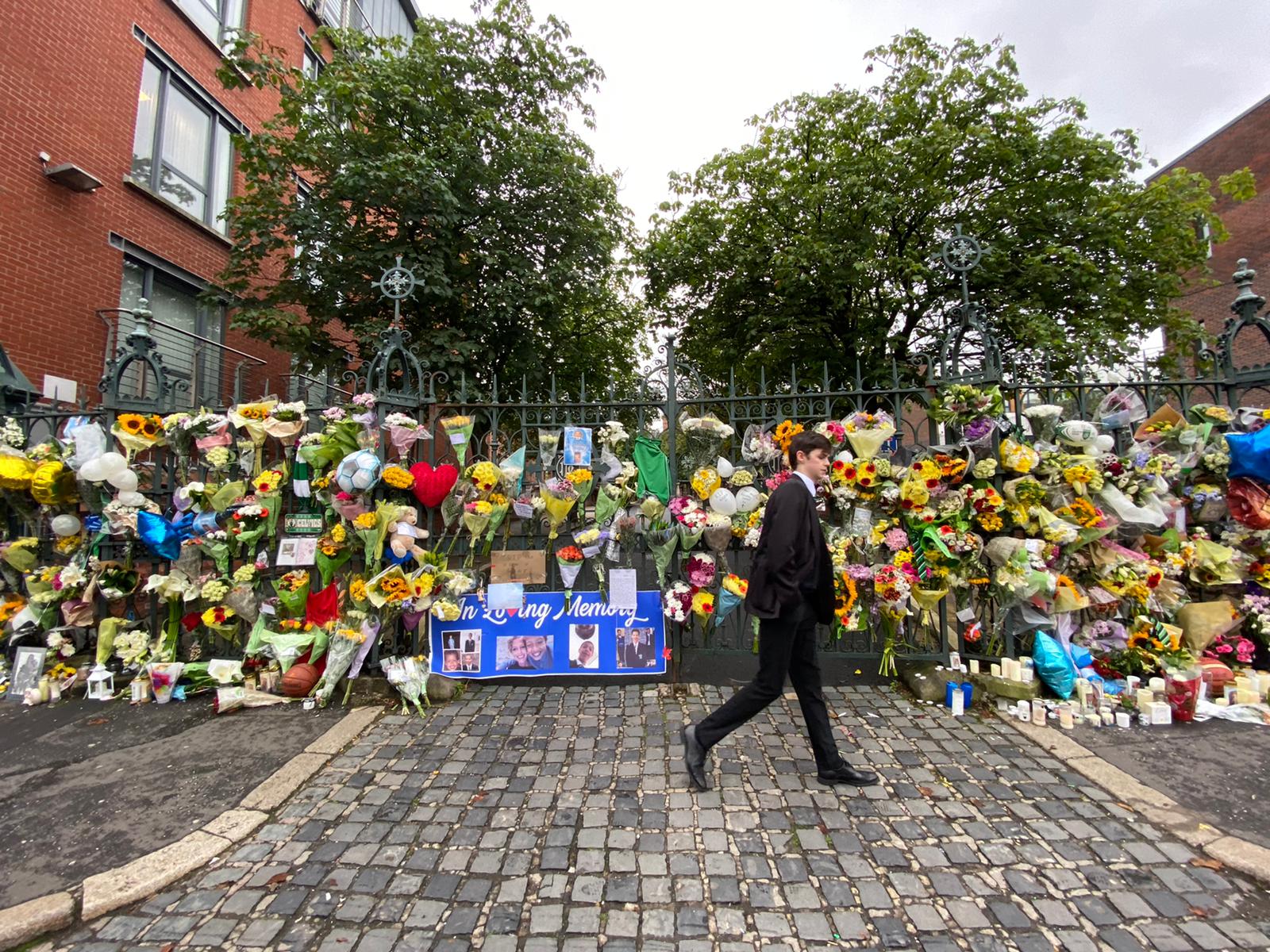 Final preparations are being made at St Patrick's Chapel, Donegall Street,  for the funeral of Noah Donohoe, the schoolboy who went missing in North Belfast on Sunday 21 June only to be found dead six days later.

Floral tributes, cards, mementoes and messages now cover the entire entrance of St Malachy's College where he was a star pupil.

Well-wishers are being asked to line the route from St Patrick's Chapel to the College where his cortege will pause after 11am mass.

A GoFundMe page for the family, set up after Noah's death, has now raised over £65,000.

Due to Covid-19 restrictions, the funeral service will be strictly for family.

The police say foul play is not suspected in the fourteen-year-old's death.