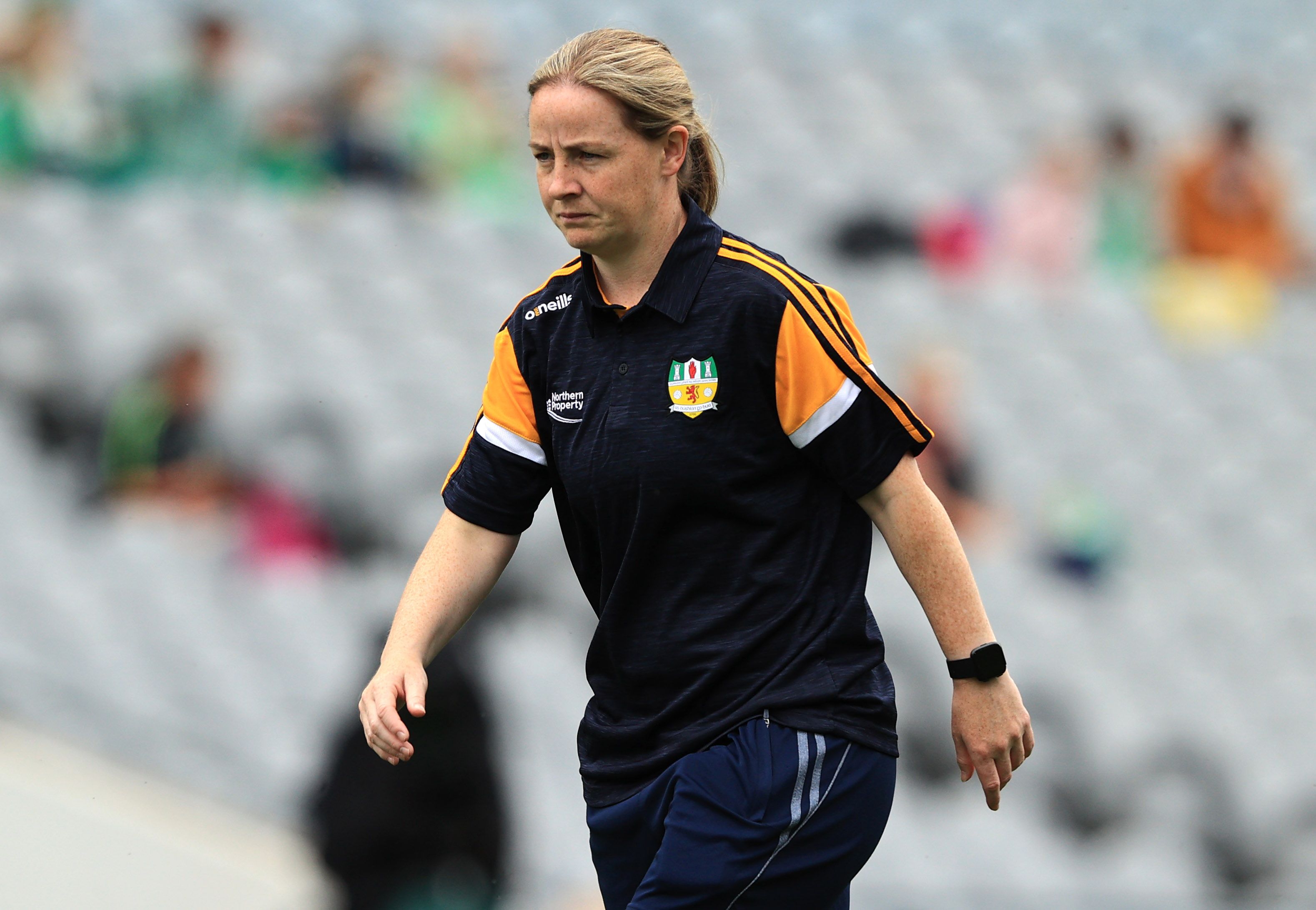 ANTRIM ladies manager Emma Kelly has insisted nobody is guaranteed their place for Saturday's All-Ireland Junior final replay in Armagh.

The Saffrons looked well placed to end a 10-year wait at the first time of asking at Croke Park last week, but Fermanagh roared back into the game and took the lead in the dying moments, only for Orlaith Prenter's last-gasp free rescuing a draw.

Bláthín Bogue proved a huge thorn in the side of Antrim, kicking seven points from play, and curtailing the livewire attacker will be key for Antrim this weekend.

Saoirse Tennyson was tasked with marking Bogue in the drawn game and while Kelly insisted the St Paul's defender still had a decent game, the tactics may be changed a little this week to get a better blend.

"We do lose Saoirse's momentum going forward when we have her man-marking, which is something we may look at and change our man-marker for Bláthín," said Kelly after last weekend's game.

"You know Bláithín and Eimear (Smyth) are the two you are going to man-mark, so we may change who that is so Saoirse has more freedom to get up and down the pitch where she can cause damage.

"We go again and see who's up for the challenge as it's a clean slate with 15 girls fighting for their place."

Michelle Magee has returned from the Commonwealth Games where she was in netball action for the NI Warriors.

The Carryduff woman's return will be a major boost as it will give an added option in attack and given how Antrim proved so wasteful in front of the posts in the drawn game, there could yet be changes.

The Antrim manager doesn't believe their attacking failings were not a result of nerves as they delivered a much-improved display than last year's heavy loss to Wicklow.

There will have been regrets they didn't get the job don't this first day, but Kelly insists they have got to park that and raise it again for Saturday's replay.

"I don't think the occasion got to them - girls have off-days," she said.

"Last year there was too much hype and too much about the occasion whereas this year we just tried to come in and enjoy it, realise it's a grass pitch with two posts go at it that way.

"It was definitely an improvement as the girls didn't start playing last year until the second half whereas I still don't think they played well in the first half (today) with the possession we had. They will be kicking themselves they didn't get over the line."