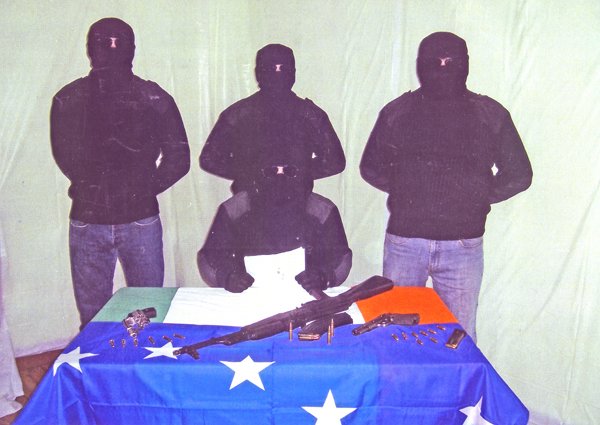 WARNING: IN 2015 a group with links to the INLA threatened to shoot drug dealers

SINN Féin MLA Gerry Kelly has called on the INLA to clarify its relationship with a North Belfast crime gang that has been blamed for a recent shooting.

He was speaking following a paramilitary-style attack carried out in Bawnmore two weeks ago.

The North Belfast News understands the attack was carried out by a criminal gang that originated in the New Lodge but has spread to Newtownabbey.

The gang has a long history of extorting building sites and carrying out kneecappings as well as, it is alleged, taxing drug dealers while targeting low-level pushers.

“The worry from the residents of and Bawnmore and wider Newtownabbey is that we are now seeing an organised approach to dealing drugs we haven’t seen before,” he said. “My understanding is at least one person who was and might still be in the INLA and at one stage was in what they call Óglaigh nah Éireann (ONH) is trying to organise other criminals to take action not against major drug dealers, but just users, raiding their homes and trying to find money.

“These are vulnerable people and the drug dealers they are targeting are very low level.”

Mr Kelly said he believed the fact only low-level dealers were being targeted was indicative of the gang’s attitude to drugs.

“They are not doing a service to the community because all they are doing is taking drugs off users.

“This is the same organisations whose members were involved in extorting builders and construction companies and my message to them is they need to desist and get off the back of the community and anybody has any information should be giving it to the police.

“These people are anti-community and are doing damage to the community and are using all their attempts of intimidation at vulnerable people. We are dealing with two categories here, users and dealers. If you tax dealers or take drugs away from people then clearly you’re a drug dealer yourself.”

He said the INLA, who are believed locally to have a relationship with the gang, have to clarify their position.

The North Belfast News contacted the IRSP who said they would issue a response to the claims in due course.

The party, which operates as the political wing of the Republican Socialist Movement, has been vocal in its opposition to drugs and has facilitated the destruction of illicit substances in the past.