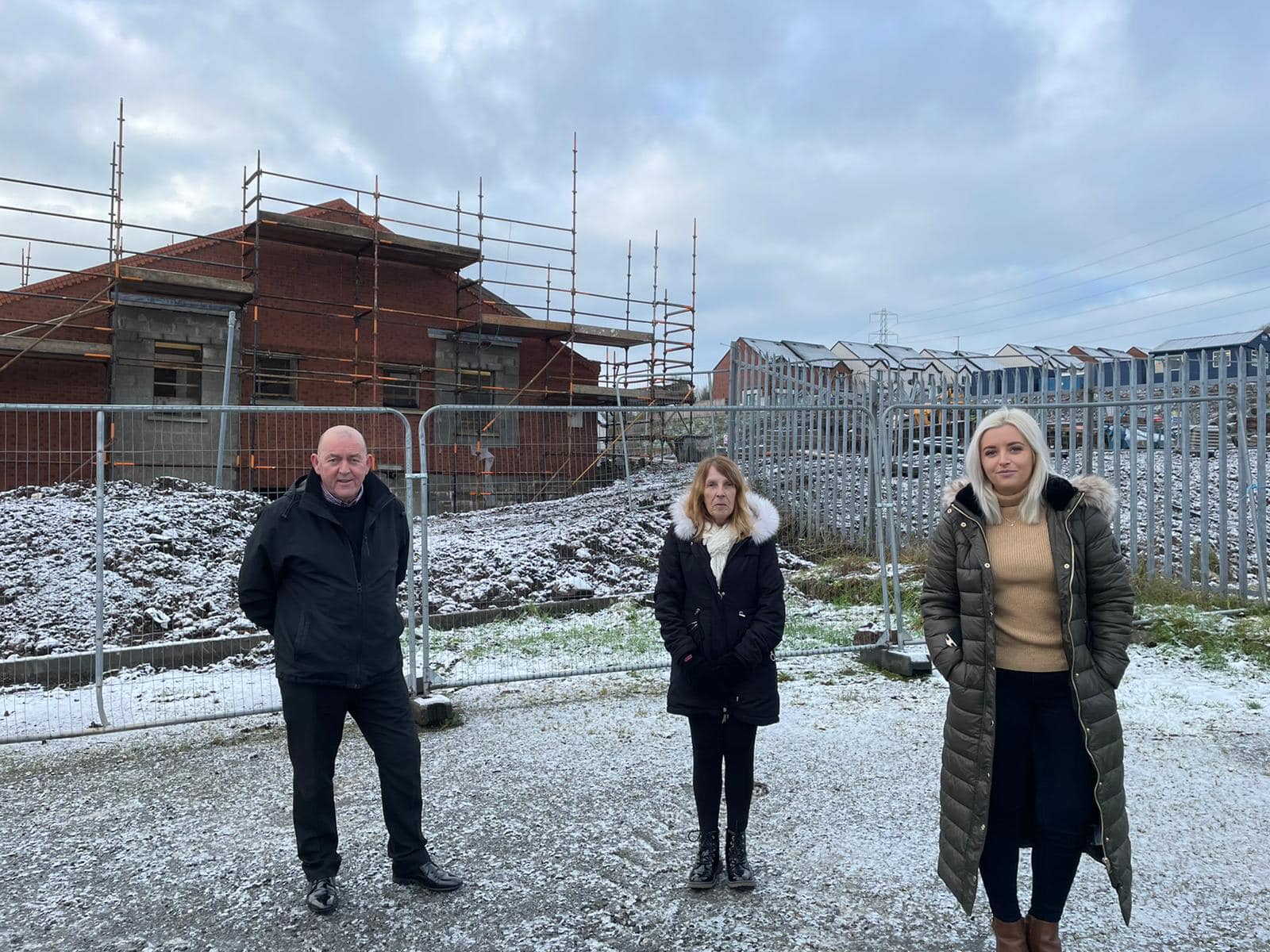 A COUNCILLOR has welcomed news that a social housing development, long-beset by delays, is due for handover this summer.

Work on the 92-home Glen Road Heights development resumed in August last year with the appointment of a new contractor. Brendan Loughran and Sons were appointed to finish the homes after the previous contractor stopped work in March 2020 at the start of the Covid-19 pandemic.

In October 2021, the Andersonstown News reported that the homes were due for completion in September this year. However, Sinn Féin Councillor Arder Carson, who met with developers in recent days, said that provisional date has been brought forward to June.

Meanwhile, Choice and Radius Housing – the joint developers of the project – are set to bring forward plans to build a further 270 homes behind the existing site.

Cllr Carson said homes at Glen Road Heights will be allocated in "three phases" in the coming months."

The target dates for the allocation of houses is February, April, and June – that's ballpark because anything could happen, but that's the timeline that they're working to," he said.

"It's a good news story that they're moving fairly quickly to get that phase completed by early summer, and that's very much welcome."

The West Belfast councillor said a pre-application notice has been submitted for the second phase of the development.

"That will be a couple of years in the process, so it was hard to get a timeline, but at this stage we're probably talking 2023 at the earliest.

The Glen Road Heights development first ground to a halt in July 2016 after the company contracted to do the work went into administration. The joint Choice Housing and Radius Housing project has been plagued with difficulties from the beginning. 240 homes were originally earmarked for the site but a planning wrangle saw the number of housing units cut drastically.

Contractors T&A Kernoghan were appointed to construct a reduced total of 92 homes at the Glen Road site and work began in March 2015. Builders downed tools due to a number of complications, effectively rendering Glen Road Heights a ghost estate.

In February 2016 planning approval for the site was rescinded following a judicial review of the allocation of land.

In March 2018, the EHA Group was appointed to complete the project.

Work on the project halted again in March 2020 due the Covid-19 pandemic, but resumed with the appointment of the current contractor.