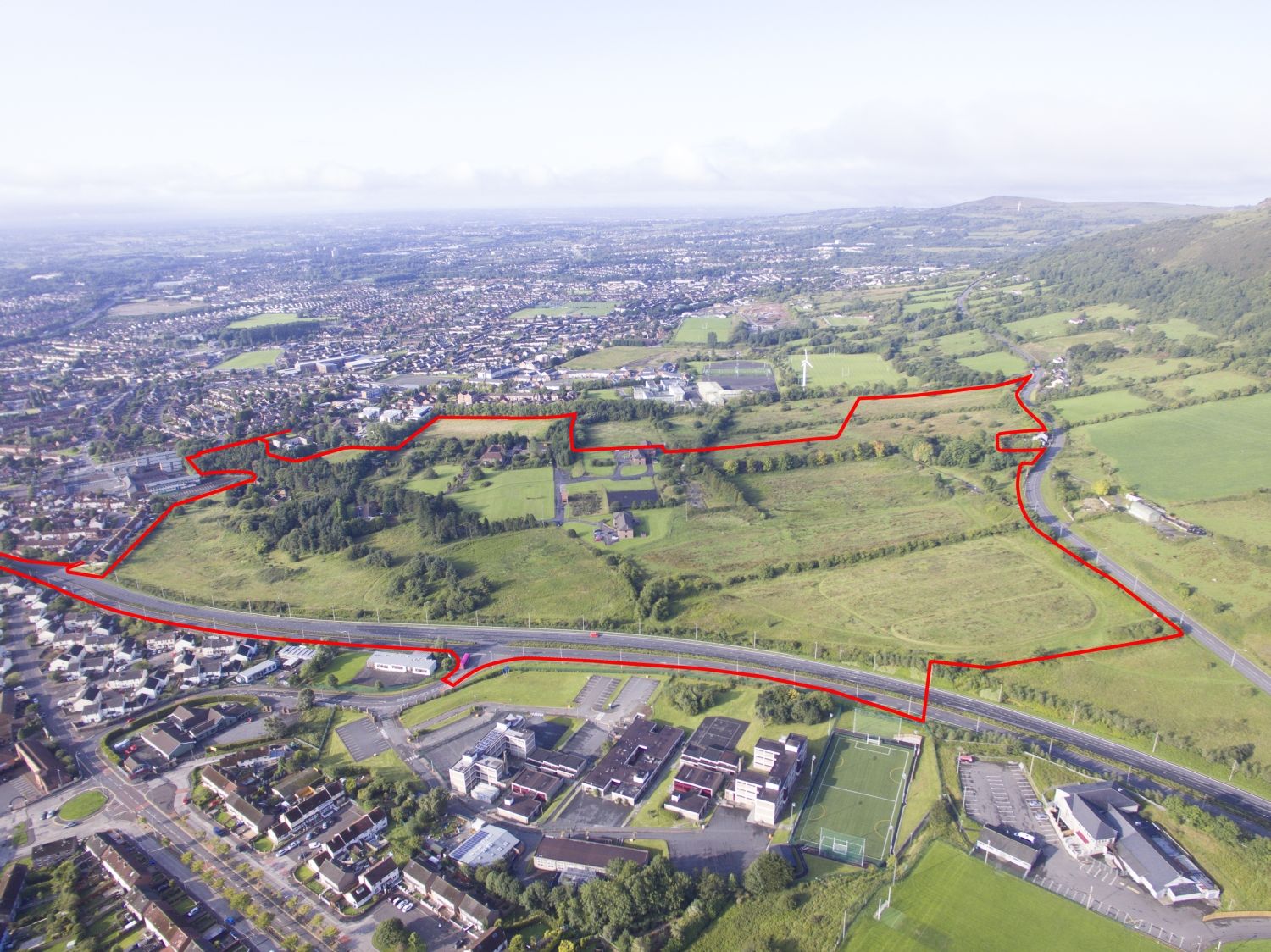 CONSTRUCTION of the first houses in the £95 million Glenmona development is set to begin by next summer.

The 75-acre site, which is bounded by the Glen Road and Monagh-by-pass, is set to be transformed with the construction of 653 new homes.

Sinn Féin Councillor Ronan McLaughlin visited the site, ahead of works to install two new entrances on the Monagh-by-pass.

It is hoped that the creation of the new entrances to the site will reduce traffic on the Glen Road.

"Next month they're going to start the works for the two entrances of the Monagh-by-pass, which will involve part of the road being closed, and diversions being put in place.

"That will only be on for a month because all roadworks are postponed by the Department for Infrastructure around Christmas.

"Work will be back on in January and then that should be finished by the end of February. They can work on the internal roads from there, because they're quite conscious that they don't want any construction traffic going onto the Glen Road, which is chock-a-block.

"We're hoping from around February and March there will be no lorries going up that entrance from the Glen Road.

"Hopefully – and all of these things can be subject to delay – you're talking about the founds for the first houses being laid early this summer."

It is understood that the development will be complete in seven years' time.