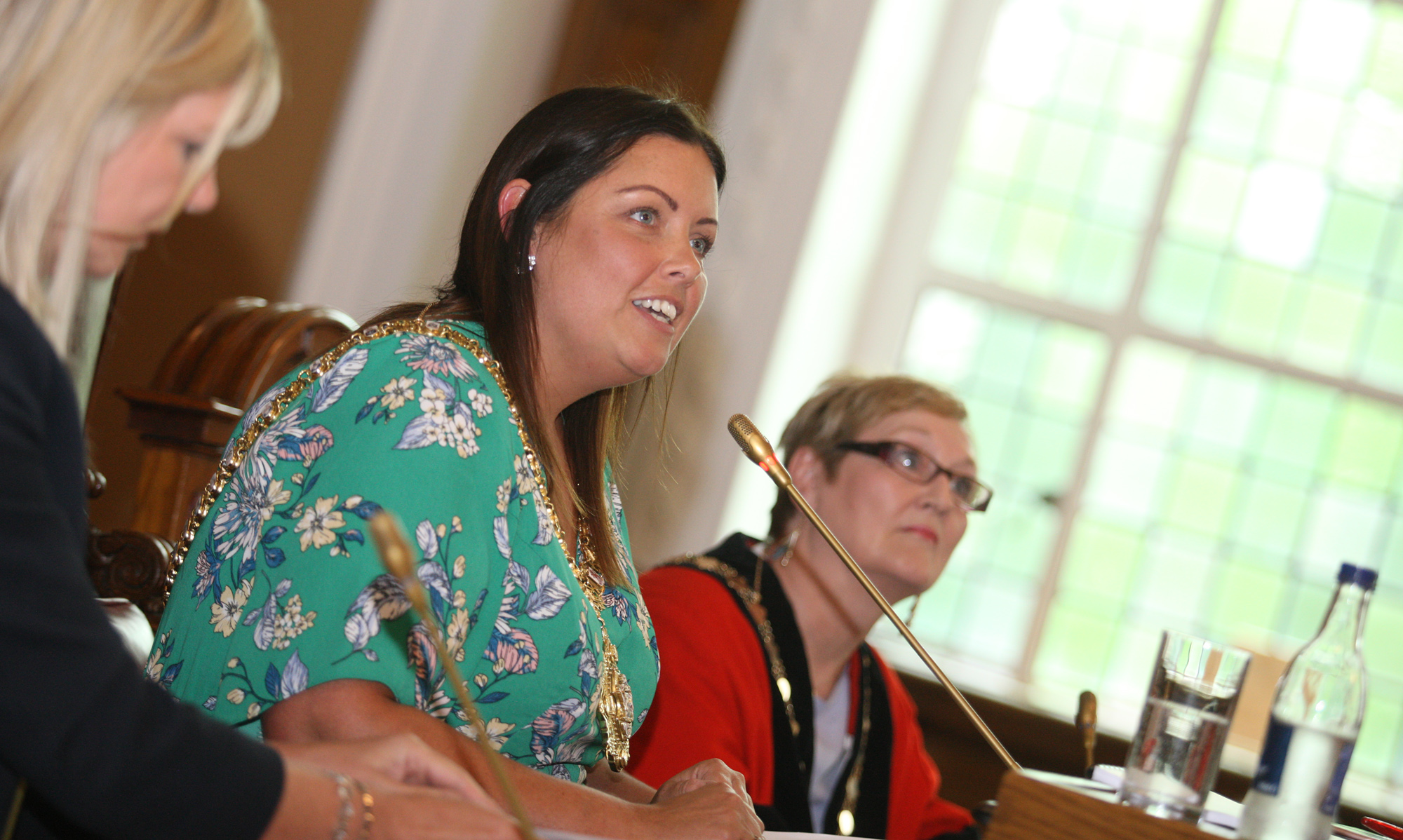 THE first Sinn Féin female Lord Mayor of Belfast says her year ahead in the role will be based on a ‘rights-based’ approach in a changing Belfast and Ireland.
Deirdre Hargey, who represents the Botanic ward in South Belfast, first joined Belfast City Council in 2011 and is a further addition to the strong female representation in her party.
Speaking to Daily Belfast before her appointment on Monday night, Deirdre Hargey said she will use her first year as Belfast’s First Citizen to campaign for rights across a range of issues.
“I think gender society is moving along with issues and I welcome the sway of public opinion on the referendum on the Eighth Amendment and the changing sway of public opinion around a changing rights-based society,” she explained.
“I have been in the Council for many years now. I come from an inner-city working class community. I think I am dynamic in my work on the ground.
“I want to develop a rights-based approach where equality is embedded within the Council. I want to advance on the rights issues of Irish language, marriage equality, LGBT rights, women’s rights and workers rights. I want to champion and campaign these rights.
“I want to be a Mayor of substance. I want to campaign and work to affect change on the ground.
“I want my theme to be a changing Belfast and a changing Ireland around a rights-based society based on equality at its core.
“I want to build a city that is prosperous as well as fair and equitable across the board were equality is an everyday occurrence.”
Ms Hargey was born and bred in the Market area and was an influential figure behind recent ‘Save the Market’ and ‘Sunshine Not Skyscrapers’ campaigns and has vowed to expand her influence across the city.
She will work alongside fellow South Belfast man and Alliance representative Emmet McDonough-Brown, who was elected deputy Lord Mayor.
“I have been involved recently in a number of campaigns in my local area including ‘Save the Market’ and ‘Sunshine Not Skyscrapers’.
“I want to expand my work in other inner-city communities and further build and develop relationships across the city.
“Me and Emmet are both from South Belfast but I can ensure you we will both not just stay there. I am looking forward to working collectively with him as well as the other parties in the Council to make a difference to this city.
“I am still elected by the people of Botanic and I will continue to represent them. I will bring their issues from the community into my role as Mayor.”
As for challenges facing the new Lord Mayor, Deirdre added: “I want to make a difference and not just turn up to a photoshoot. I want to get to know the city in a way I never have before and meet different communities.
“There has been positive progress in Council on making progress with certain issues but we need to do a lot more.
“As the main civic body in Belfast, we all have the responsibility to tackle city-wide issues like the growing housing crisis.”
Deirdre also reiterated her call for justice for the family of Robert McCartney who was murdered in 2005. Ms Hargey, who was present in Magennis’s bar on the night of the murder, said the controversy will not overshadow her tenure.
“I have cooperated fully in all cases with regards to this investigation and I would continue to do so if that was required of me in the time ahead,” she told the Press Association.
“I want to take this opportunity to again extend my sincere condolences to the McCartney family. What happened to Robert was wrong, it should not have happened.”