HE lives up to pledges on tackling anti-social behavior 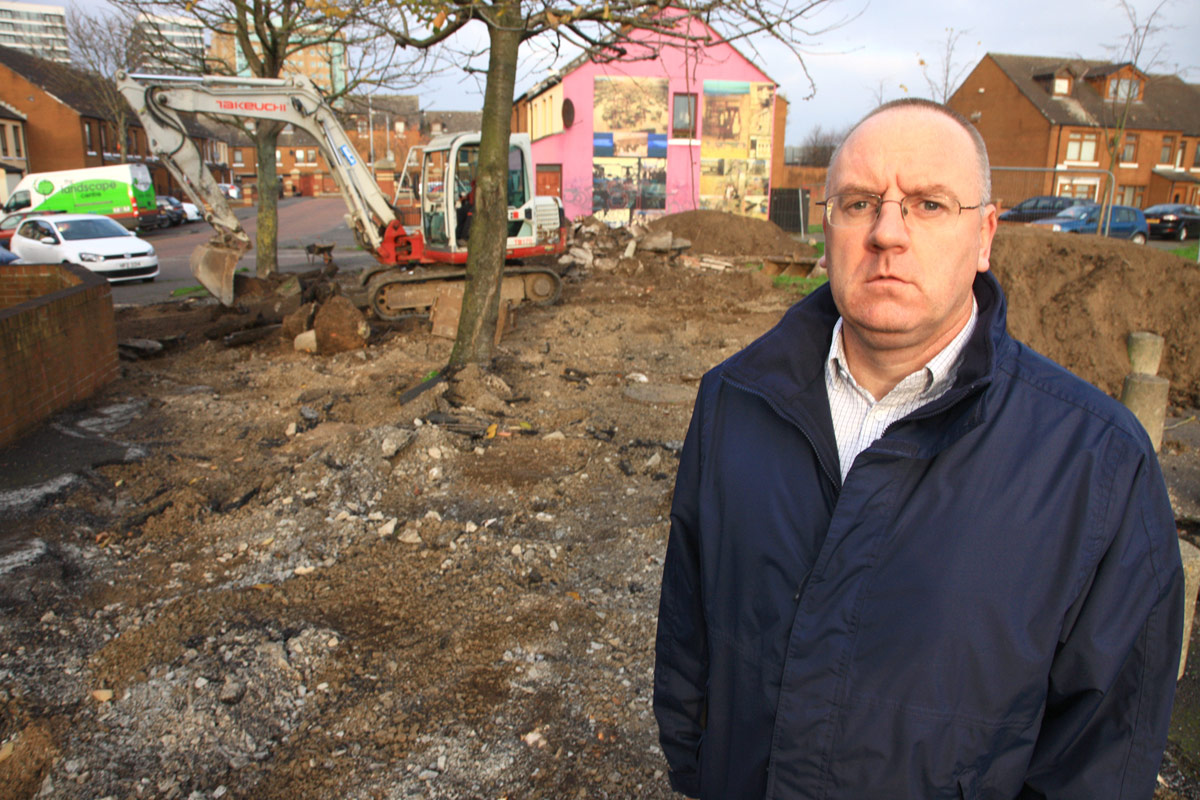 Work has begun to improve an area of a South Belfast community blighted with anti-social behavior by young people.

The space in the Markets area, which sits between Upper Stanfield Street and Stewart Street, is close to the community’s children’s playground, as well as having many elderly living residents living around it.

However, for years it has also seen young people gather around a wall that runs between the streets to drink, as well as graffiti the area and engage in other acts of anti-social behaviour.

However this past Monday (November 14) saw the Housing Executive begin work to renovate the area, removing the wall, planting trees and cleaning up graffiti in a bid to encourage ownership for local youngsters.

Gerard Davison of the Markets Development Association (MDA) said it had been a long-running issue in the local community.

“We have a lot of problems there over the summer in particular because kids gather along the wall to sit and drink until all hours, as well as blast music and other things.

“A number of old people live in the apartments beside this space and they are tortured with it all. There is also a children’s playground close to it and the last thing we want is for them to be forced to go through all this behaviour to have to get there and back.”

“Local residents have lobbied us on this and we have had several meetings with the Housing Executive, so we are very pleased things are finally underway.

“Their grounds maintenance people came up with a plan to put railings on the wall to stop young people gathering on it and that is an important step. Hopefully that will play a big part in alleviating things and the residents are more than happy with how things are going so far.”

A Housing Executive spokesperson said the organisation had been working with the MDA on a number of initiatives to address anti-social behaviour in the Markets.

“Earlier in the year we replaced grassed areas at Stewart Street and Friendly Place which had been damaged by illegally parked cars. We are currently in the process of removing one vandalised wall at Upper Stanfield Street and Stewart Street, while railings are being erected on another which can not be demolished.

“We hope these measures, along with associated environmental works, will reduce the opportunity for anti-social behaviour at this location and make the area a safer place to live.”