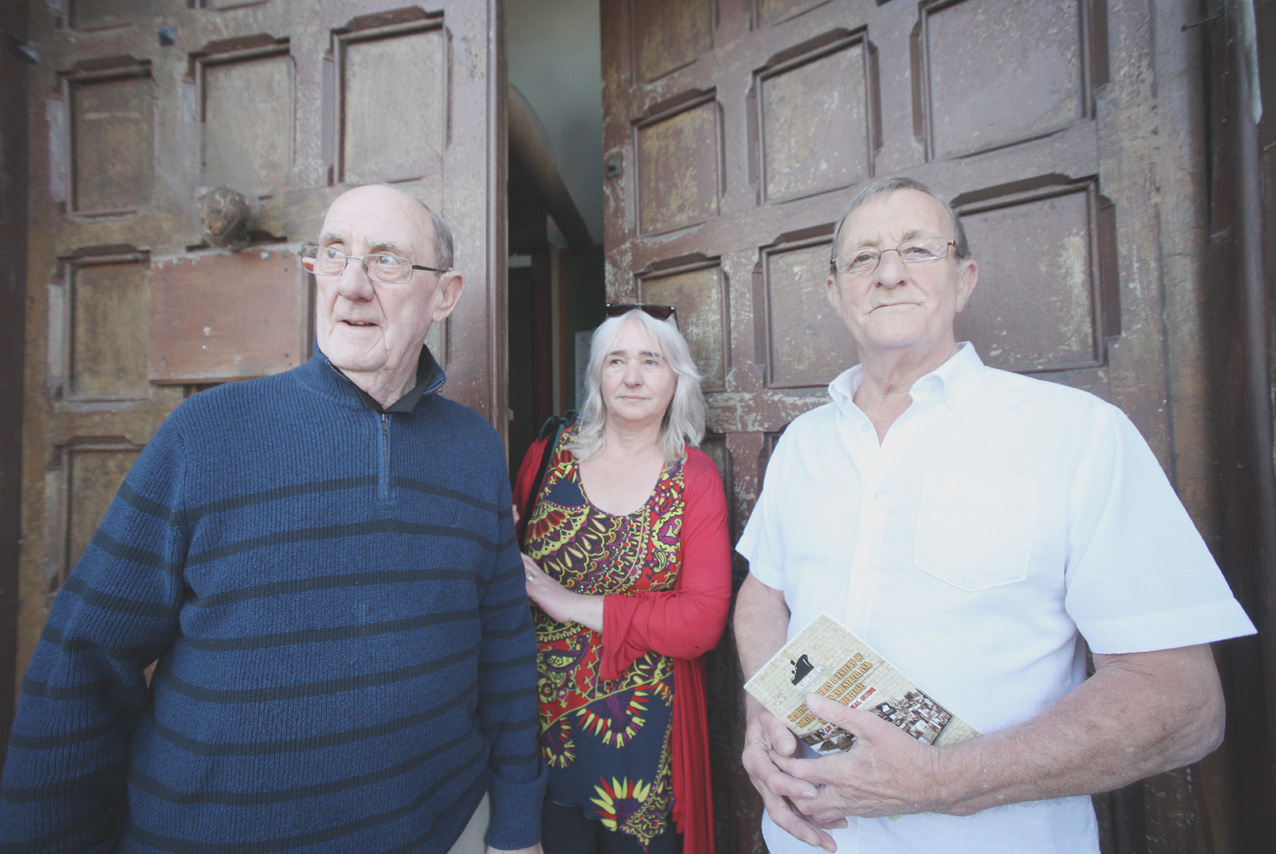 PLANS are in place to transform a derelict former church in the heart of Sailortown into a Heritage Centre for the local community.

St Joseph’s Church was closed in 2001 after the Catholic Church decided there was no longer a sustainable local population in the docks area of the city.

The building has lain dormant ever since, leaving the church building in poor condition with water damage, as well as wear and tear being caused by pigeons and vegetation.

Terry McKeown, from Sailortown Regeneration Group, who took out a 150-year lease on the building, said the local community is determined to transform the derelict church after recent funding was secured.

“When people realised the church was in danger of being knocked down, they became radicalised and the keys ended up being handed over to our group,” she explained.

“Every Sunday morning, there is a group who say prayers on the steps. I realised what an asset to Sailortown the church is and knew something had to be done.

“I managed to get some initial funding last year which enabled an architect condition survey report to be done.

“Recent funding has helped us carry out some emergency maintenance work to make the building watertight, repair holes, remove vegetation and prevent pigeons from coming in before the dereliction gets worse.”

Once the centre of economy and trade in Belfast, Sailortown has declined significantly over the last 50 years. However, glimpses of regeneration have seen social housing, private apartments and work offices begin to slowly move the historic area in the right direction.

Sailortown Regeneration Group are now hoping to secure further funds to transform St Joseph’s into a Heritage Centre for the local area.

“We basically want to give the church back to the community and we thought a Heritage Centre would be ideal,” added Terry.

“Ideas include a café, prayer room and an exhibition to display the history of Sailortown with the help of the local community.

“We are a small group and at an estimated cost of £1.2m and a time frame of up to five years, it is important we can get as much community support as we can.”

Brothers, Jack and Danny McKay, who visited St Joseph’s Church this week recalled some childhood memories of the historic building.

“I live in Canada now and just happened to be visiting my brother and some family over here when I saw the church door was open,” said Jack. “I’m originally from the Antrim Road but my grandmother, Mable Flanagan was a cleaner at the church for many years.

“The building brings back so many happy memories for me. It’s quite emotional really, but I’m delighted to hear of the regeneration plans, “added Danny.