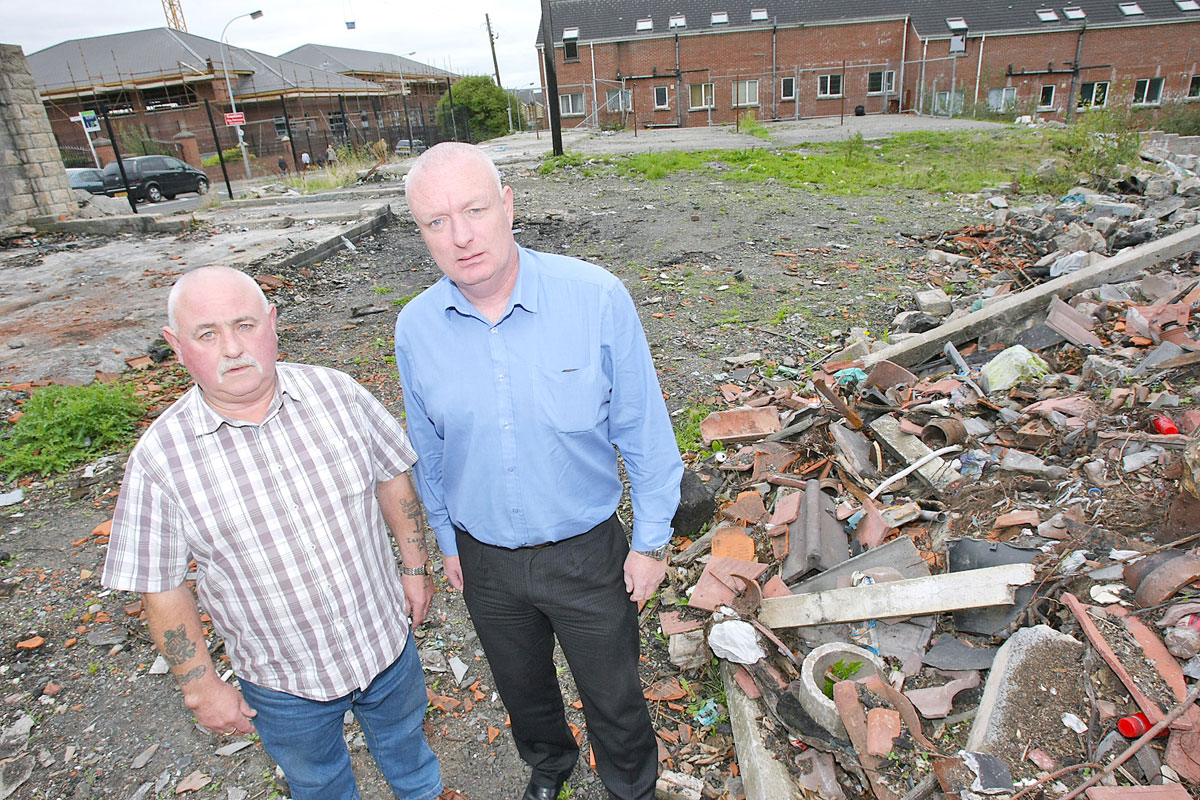 THE Andersonstown News has learned that young people are smoking heroin at a disused scrapyard on the Suffolk Road.

Sinn Féin Councillor Gerard O’Neill said that young people are taking drugs and engaging in anti-social behaviour nightly at the site. They say the owner of the yard “has a duty of care to residents to ensure that the area is properly secured”.

“We need immediate action here, the local residents are being terrorised as a result of the owner’s inaction,” said Cllr O’Neill. “The area was made secure but a gate has been taken off and that is how young people are gaining access to engage in drug taking and other unacceptable actions. Bins are being burnt out and fires lit and it needs to be stopped. Having had the gates up was going some way to curtailing that.”

Chairperson of the Safer Neighbourhood Partnership, Seán Lennon, told the Andersonstown that it was extremely worrying that young people were experimenting with “more deadly drugs”.

“This area is now a hotspot for anti-social behaviour, it has become a gathering point for people to come and drink, take drugs and cause upset to the residents of Riverside Mews which backs on to the scrapyard. If this patch of land wasn’t available to them then where would they go? It’s too easy having this access. Hearing that young people are smoking heroin is a worrying factor and the PSNI have been out to move crowds on but they come back. If the gates come off, as they have in this case, then they need replaced as soon as possible,” he added.