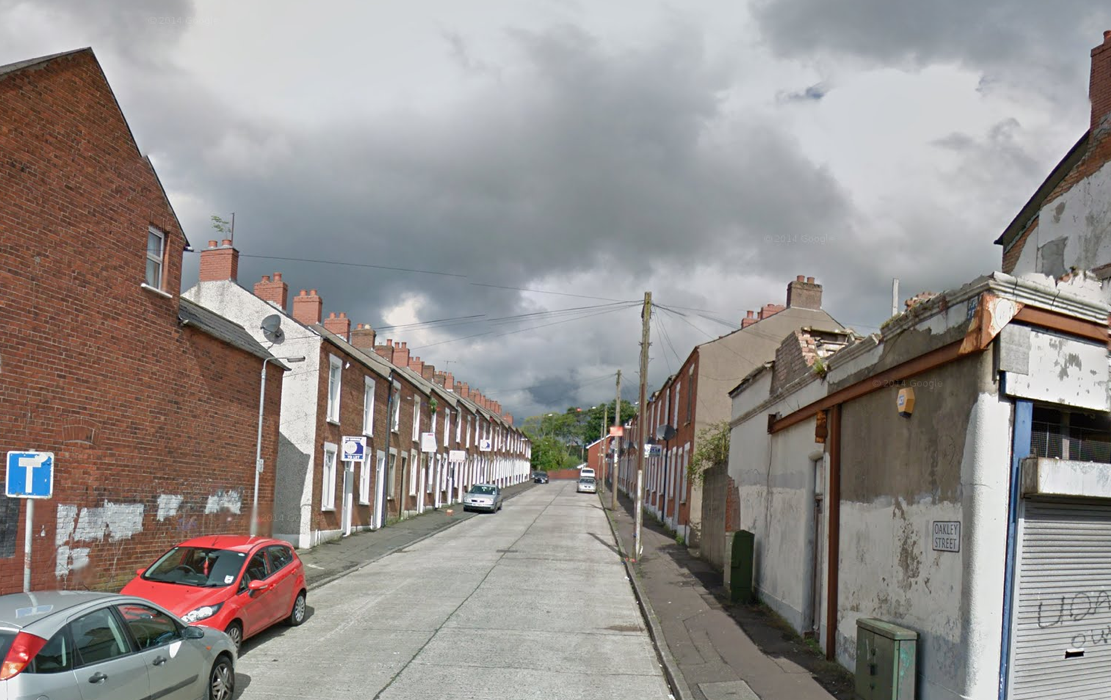 The targeted property is in Oakley Street, off the Crumlin Road

A North Belfast man has hit out at police after he was kept out of his home for almost a week after a burglary – during which time he was burgled again.

Alex Holgate, a 23-year-old student, had his home in Oakley Street off the Crumlin Road, ransacked and robbed while he was in Magherafelt visiting family. After waiting three hours for police to attend and told not to enter the house, he was then told to stay out of the house until forensics examined the scene.

It was four days before the property was examined by police, during which time his home was entered a second time, with the intruders on this occasion urinating on clothes and bedding.

Details of the first robbery, which took place on September 29 and in which a TV was taken, have only now been revealed as Alex said he is considering a complaint to the Police Ombudsman. He said serious questions need to be asked about police procedure.

“I think it’s a complete disgrace and one that needs to be highlighted because God knows how many other people have been in my situation,” he said.

“Having travelled up from Magherafelt and finding myself the victim of burglary, I was to be left in the cold for over three hours. Thankfully I was able to wait in the car but what would have happened had it been someone elderly and vulnerable or someone with nowhere to go?

“When the officers did come they advised me to stay out of the property in case I disturbed any evidence but this investigation wasn’t carried out for another four days.

“In the meantime I was just expected to find accommodation. I went home to my family and as a result missed classes, but again, what happens if it had have been someone without that option?”

Responding to the criticism, Inspector James Ellson said: “Police endeavour to respond to calls as and when they are received but during busy periods, calls have to be prioritised.

“Officers are committed to delivering a professional service to everyone in the local area and while it is necessary to prioritise calls, officers respond as efficiently and effectively as possible.

“Anyone who has a complaint about the actions of Police can contact the Police Ombudsman Office."