Hunt is on for West Belfast 'van-jacker' caught on CCTV 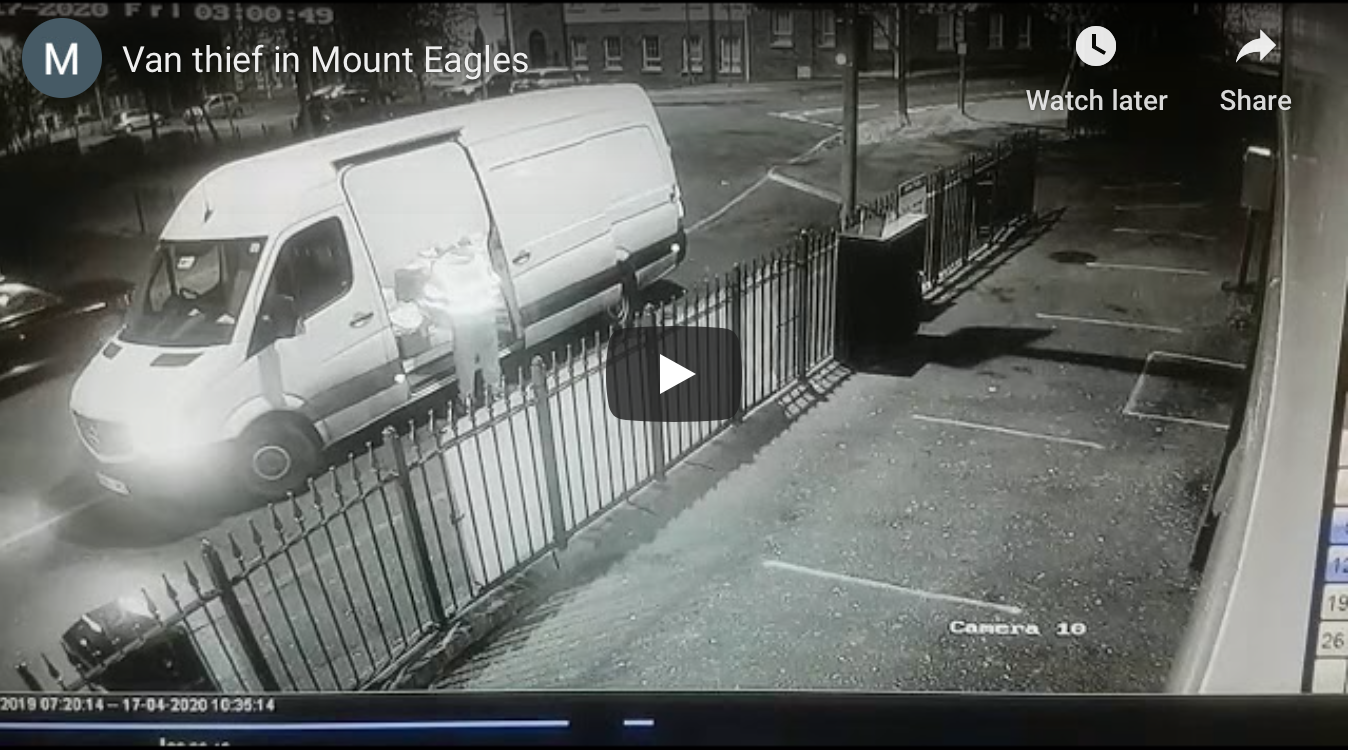 Dramatic footage of the moment a brazen thief stole a delivery van in West Belfast has been captured on CCTV.

Police are appealing for information following the theft of the White Mercedes Sprinter outside a convenience store on Mount Eagles Square in the early hours of Friday morning (April 17).

The driver had left the van to deliver newspapers to the shop when the hijacking took place.

Describing the incident, which was caught on the shop’s security cameras, local Sinn Féin Councillor Danny Baker said: “The driver was doing his delivery to Mount Eagles and a car was in front of him with a taxi sign on it.

“He pulled up at the shop, went round the side of his van, opened it up and started taking out his papers. He was then walking up to the shop, but he left the key in the ignition.

“The taxi comes back round the one-way system, stops, someone gets out of it, and jumps into the van. The taxi and the van then take off down towards the Stewartstown Road, but the side of the van was still open so there were papers strewn everywhere.

“There were papers out as far as McKinstry, so the PSNI think that the van went Lisburn direction.”

He added: “They must have been following him because the taxi comes out in front of him. It comes first into shot, then when he gets out it does a U-turn. That loop in Mount Eagles is a one-way system, so the taxi actually backtracks.”

PSNI Inspector Uel Boyd said: “At around 4am, it was reported that a white Mercedes Sprinter van was parked with the engine running in the area when an unknown male got out of another vehicle and entered the van. The male then drove off towards the Stewartstown Road area following the incident. The vehicle is still outstanding at this stage.

“Enquiries are continuing and we would appeal to anyone with any information to contact police on 101, quoting reference number 350 17/04/20. Alternatively, information can also be provided to the independent charity Crimestoppers on 0800 555 111 which is 100 per cent anonymous and gives people the power to speak up and stop crime.”