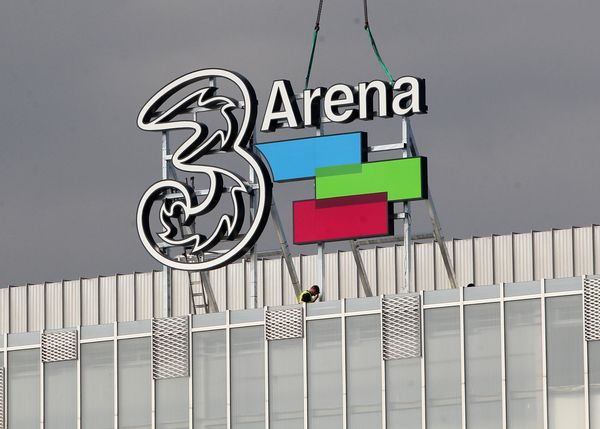 ARENA: Political and civic leaders will take part in the event in Dublin's 3Arena

BUSLOADS of people are set to travel from across Belfast to Dublin this weekend for the Ireland’s Future ‘Together We Can’ event in the 3Arena.

The event – which is the largest to date – will see speakers from across Ireland’s political spectrum come together to set out their vision for the path to constitutional change, including Sinn Féin President Mary Lou McDonald, First Minister-elect Michelle O’Neill, Tánaiste Leo Varadkar, Fianna Fáil TD Jim O’Callaghan and SDLP leader Colum Eastwood.

The political representatives will be joined by US Congressman Brendan Boyle and Joe Biden’s Secretary of Labor Marty Walsh.

In addition to this audiences will hear from actor Jimmy Nesbitt and Senator Frances Black.

🚨With just under two weeks to go, we urge you to get your ticket, arrange your travel, encourage your friends to do the same and ensure you are part of history on 1st October

Speaking ahead of the event, Ireland’s Future CEO Gerry Carlile said that they are looking forward to hearing fresh perspectives on the way forward for the island.

“The event in the 3Arena is shaping up to be a seismic day on the road to a new and united Ireland.

“Ireland’s Future was formed to advance the discussion about the constitutional future of Ireland. Since the organisation was formed in 2019, a wide range of civic and political voices have contributed to the conversation.

“Ireland’s Future has organised 24 events, both in person and online since May 2020. Over a hundred well known figures from across Irish society and the international community have contributed, and over one hundred thousand people have attended the events or watched online. Public meetings have been held all over Ireland with a number of other events in London, New York and Philadelphia.

We are delighted to announce that @RepBrendanBoyle will participate in our @3ArenaDublin event.

Be part of the conversation on October 1 #TogetherWeCan

“On 1 October in the 3Arena ten political parties, including five political party leaders will join leading voices from business, trade unions, agriculture and other sectors along with figures like Jimmy Nesbitt, Colm Meaney, Dónal Lunny and Denise Chaila to contribute to the conversation on the future of Ireland.

“We are looking forward to welcoming everyone to the 3Arena in Dublin on 1 October for what will be the most significant united Ireland event ever to be held.

“Anybody with an interest in a new and united Ireland should ensure they are in attendance for what will be a very special day."

Tickets for the event are available from Ticketmaster and a number of transport services have been arranged to bring people to the event. Booking you place on a bus service is essential.