Is the ‘Shipyard Poet’ in line for a blue plaque at his former Belfast home? 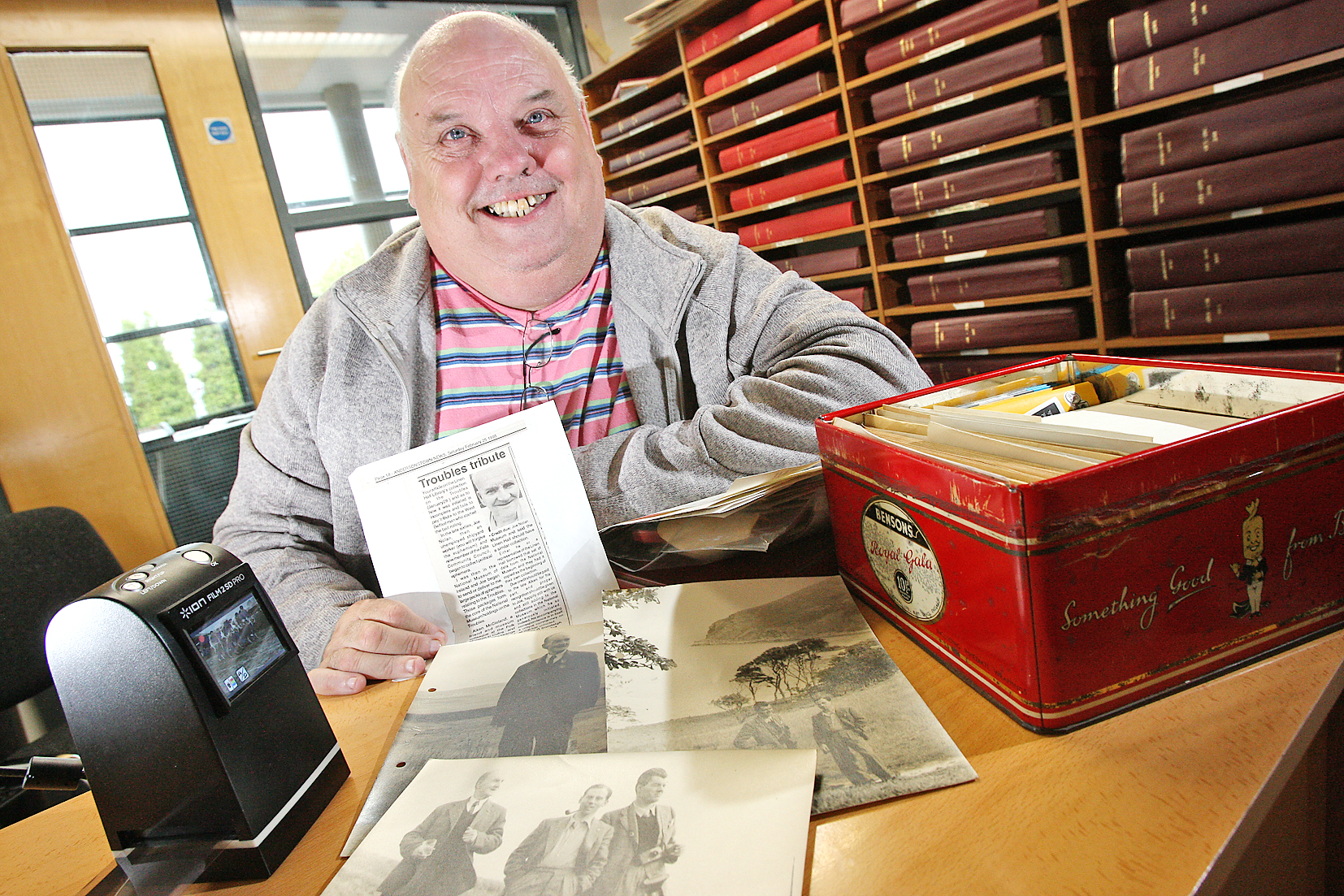 James McCabe examines some of Joe Nolan’s extensive archive; he’s holding a picture of the poet and archivist

There are calls for a blue plaque to be erected at the former home of Joe Nolan, known as the Shipyard Poet.

Blue plaques are administered by the Ulster History Circle in a tribute to men and women who have made important contributions to society across a wide range of fields.

As well as penning verse, Joe was a prolific collector of photographs and other materials relating to the social, religious, sporting, educational and political history of Belfast, and the West of the city in particular. He archived his collection, which was of such significance that some of it is now in the possession of the National Museum in Dublin.

Some locals with an interest in poetry and history are in the process of setting up a Joe Nolan archive at the Public Record Office of NI (PRONI) and say Joe, who passed away in 2005 aged 81, deserves the blue plaque recognition.

A Beechmount man who worked at Harland and Wolff for almost 25 years, Joe was known for his youth work and was a founding member of the Falls Community Council. But the legacy he has left with his poetry and his rich archive of photos and other collectibles will ensure his place in local history.

“We think,” said local history buff James McCabe, “that there are people from this area that should be recognised with a blue plaque. From Joe Nolan to fiddle player Sean Maguire, this area has done its part in many aspects. Joe’s photo archive is so immense that it was used by Dublin’s National Museum and now PRONI will be doing the same. He had photographs of the official opening of Casement Park in 1953, of the Troubles, of De Valera and the old IRA up in County Antrim for the opening of Casement’s grave, of the old Belfast Celtic Park, you name it, he had it. These photographs document history in religion, sport, politics, education, everything and it’s not right that they are sitting in a box gathering dust, we want it all out of the darkness.

“We are currently setting up the Joe Nolan archive at PRONI but we also think Joe’s contribution should be recognised with a blue plaque at his former home in Beechmount.”

The Ulster History Circle, which receives no government funding and which erects plaques across the nine counties of Ulster, will consider the Joe Nolan application when it is submitted.